Sought-after Force print of the Declaration of Independence 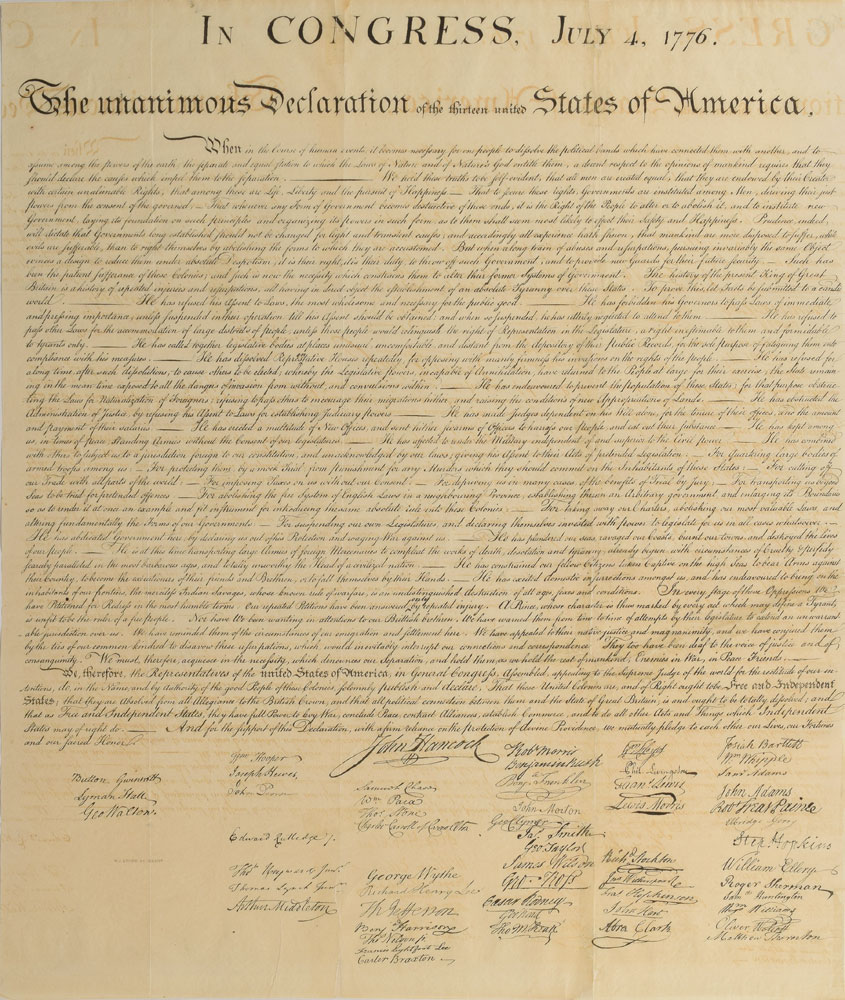 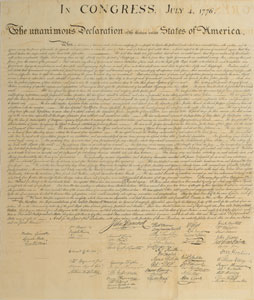 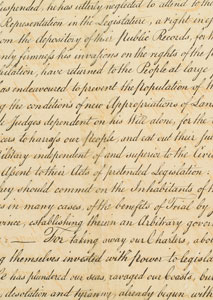 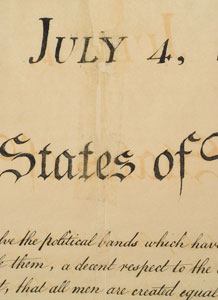 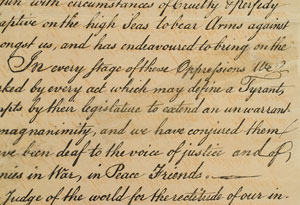 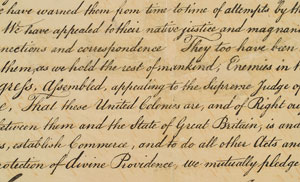 Previous Lot
Next Lot
This lot has closed
Estimate: $13000+

Sought-after Force print of the Declaration of Independence

Striking rice paper engraving of the Declaration of Independence, 24.5 x 29, printed by Peter Force in 1848 for inclusion in his series American Archives, beginning, "In Congress, July 4, 1776. The Unanimous Declaration of the Thirteen United States of America." In good to very good condition, with obvious signs of restoration and reconstruction, primarily along the rightmost vertical fold, including repaired paper loss, tape stains, and mended tears. By 1820, the original Declaration of Independence had seriously deteriorated due to inappropriate handling and storage, creating an immediate need for a facsimile reproduction. Commissioned by John Quincy Adams, William J. Stone engraved a copperplate by lifting ink directly from the original and creating a perfect copy. He printed 201 before placing the plate in storage for safekeeping.

Twenty years later, in 1843, Peter Force was commissioned by Congress to print a series of books-now known as the American Archives-featuring the founding documents of the United States. For the occasion, the Stone engraving was removed from storage and used to produce new copies on rice paper, distinguished from the original by an engraving in the lower left corner "W.J. Stone S.C. Washn." Printed in 1848, each copy was folded into the first volume of the fifth series of books. After printing, the plate was again retired, now residing with the original Declaration at the National Archives. Congress authorized the printing of 1500 copies of American Archives, but subscriptions for the elaborate edition were disappointing, and in the end many fewer copies—perhaps only 500—were issued. Most were folded and bound into Volume I, Series Five, of Force's work.