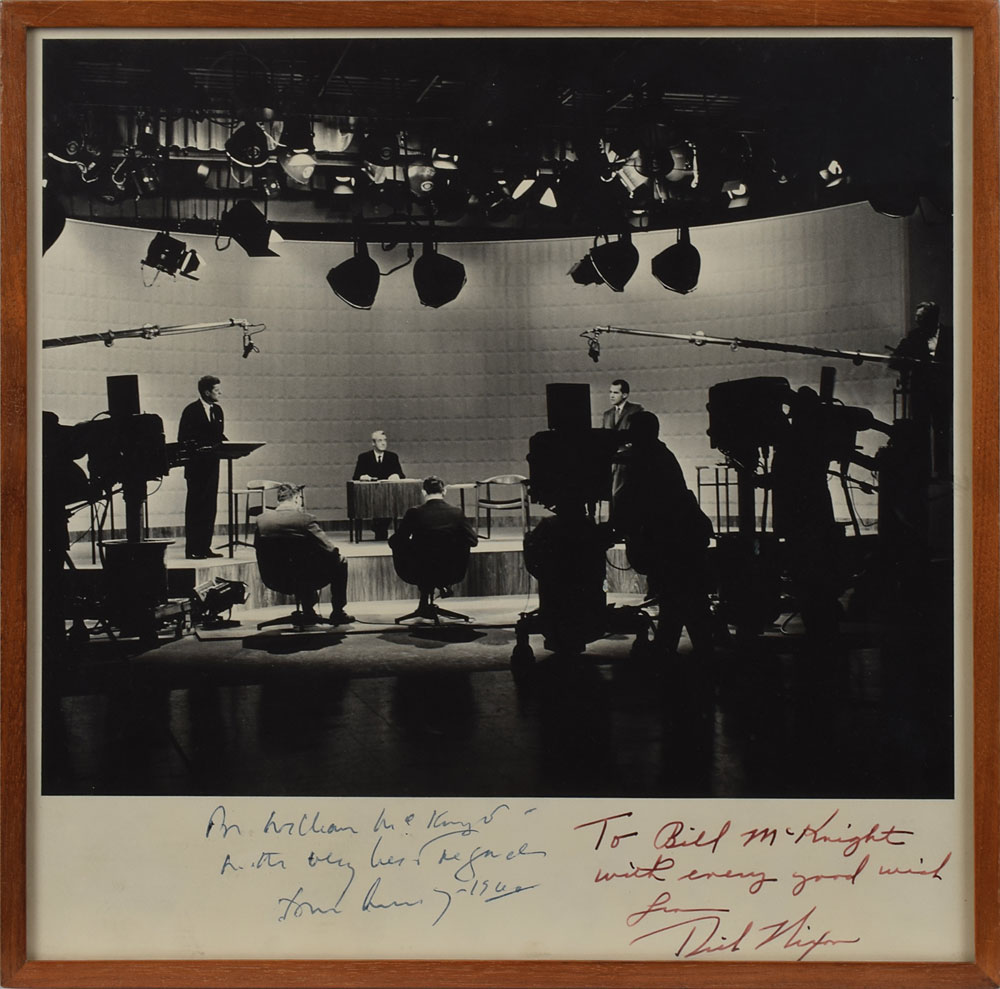 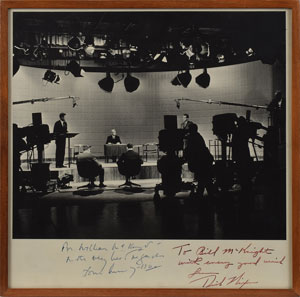 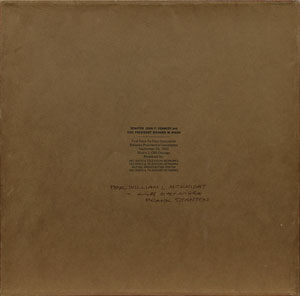 Momentous vintage 10.75 x 10.75 behind-the-scenes photo of the first-ever televised presidential debate between Senator John F. Kennedy and Vice President Richard Nixon, signed and inscribed in the lower border in black ballpoint, "For William McKnight—with very best regards, John Kennedy—1960," and in black ink, "To Bill McKnight, with every good wish, from Dick Nixon.” Frame backing bears a printed telecast caption and is signed and inscribed in black ink, "For William L. McKnight—with best wishes, Frank Stanton." Framed and in fine condition. The president of CBS between 1946 and 1971, Stanton successfully organized the historic first televised presidential debate after convincing Congress to suspend section 315 of Communications Act of 1934, a broadcasting provision that enforced the 'equal time' rule for political opponents.

Held in Chicago's WBBM-TV studios on September 26, 1960, Democrat John F. Kennedy and Republican Richard Nixon became the first presidential candidates to enter a televised debate. Moderated by journalist Howard K. Smith, the first of the four debates ran for 59 minutes and covered issues such as education, health care, labor, the economy, and the Cold War. Radio listeners thought Nixon’s answers to be more substantive, but the handsome, well-prepped Kennedy used the camera to full advantage. A few days before the event, Kennedy met with debate producer and director Don Hewitt to go over the ground rules: where he would stand and sit, the time allotted for each answer, whether or not he could interrupt. As a result, Kennedy delivered a calm, deliberate performance while a drawn Nixon, still convalescing from a recent two-week hospital stay, underestimated the importance of the night—an estimated 70 million people watched the debate. Kennedy's measured answers and natural on-air charisma are often credited for his eventual presidential victory. This is the first dual-signed Kennedy-Nixon photo we have ever offered, and it is augmented by the great significance of its content—the rarity of this item cannot be understated.