Kennedy's personal Senate ID card, "carried by him in his wallet while he was a United States Senator" 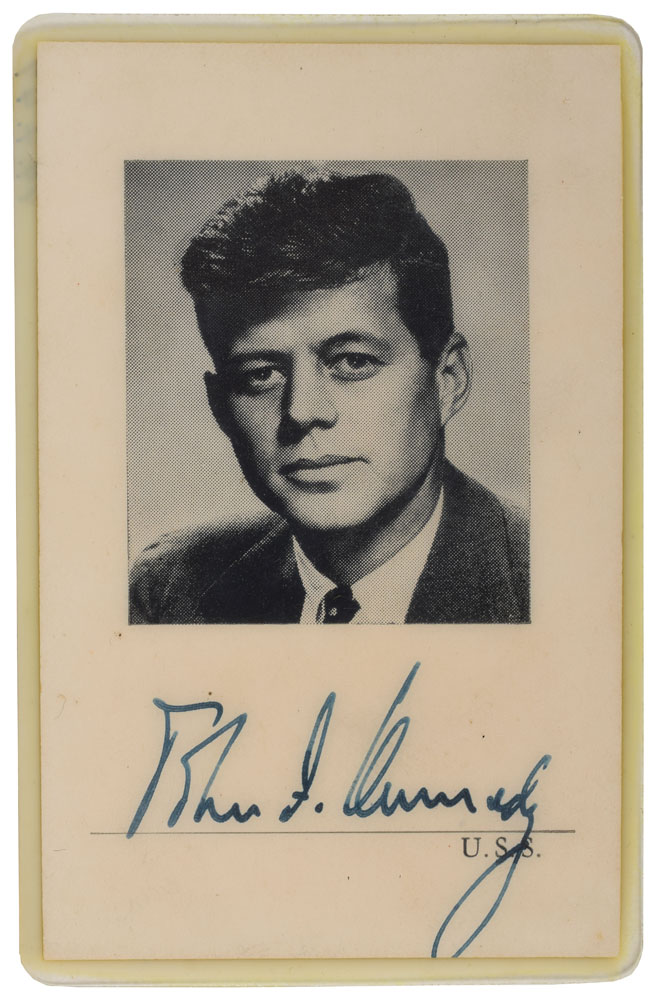 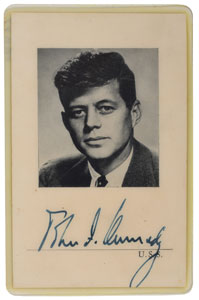 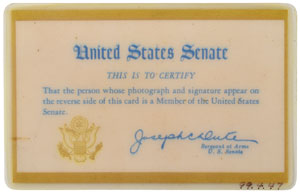 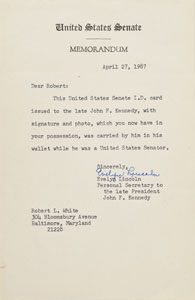 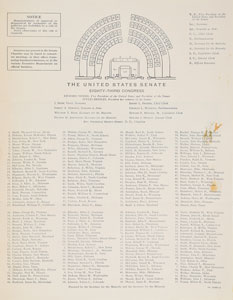 Kennedy's personal Senate ID card, "carried by him in his wallet while he was a United States Senator"

One-of-a-kind historically significant official US Senate personal identification card issued to John F. Kennedy, 2.5 x 3.75, featuring an image of the young senator, neatly signed in full in fountain pen, "John F. Kennedy." The reverse bears printed text reading: "United States Senate, This is to certify, That the person whose photograph and signature appear on the reverse side of this card is a Member of the United States Senate." Below is a printed facsimile signature of Senate Sergeant-at-Arms Joseph C. Duke. In fine condition, laminated as issued. Accompanied by a letter of authenticity from Kennedy's longtime secretary Evelyn Lincoln on US Senate memorandum letterhead, April 27, 1987, to noted JFK collector Robert L. White, in full: "This United States Senate I.D. card issued to the late John F. Kennedy, with signature and photo, which you now have in your possession, was carried by him in his wallet while he was a United States Senator." Also includes an original Senate seating diagram from Kennedy's first term, one page both sides, 8 x 10.5, which depicts Kennedy's seat as number 93. After serving three terms in the House of Representatives, Kennedy was elected to the Senate in 1952. His term began on January 3, 1953, and he served as the junior senator from Massachusetts until December 22, 1960, just before entering the presidency. This personal ID card, boasting an unusually legible signature, is an absolutely amazing relic from this important stage in his political life.