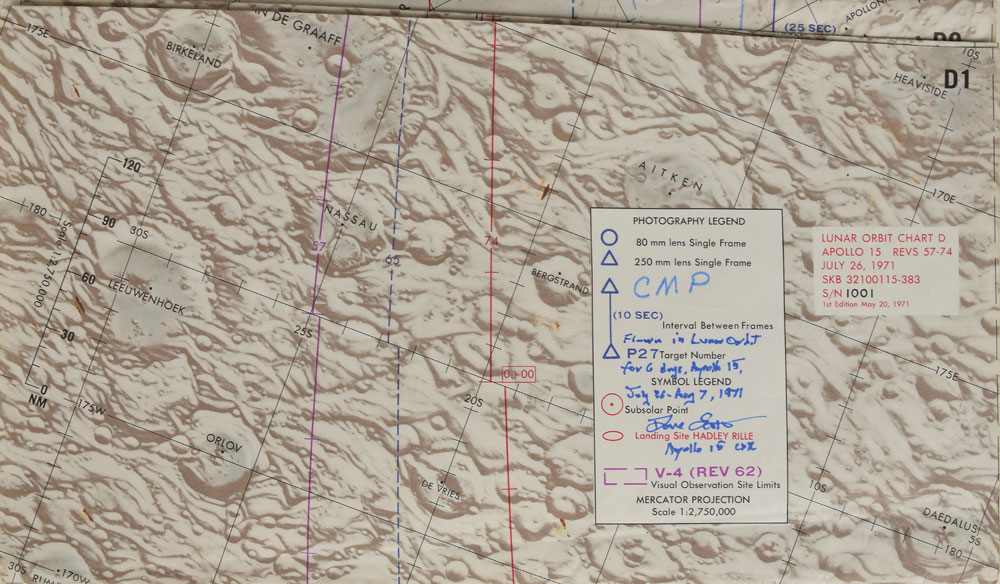 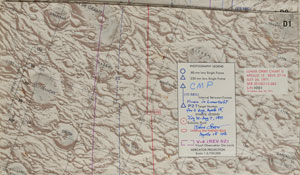 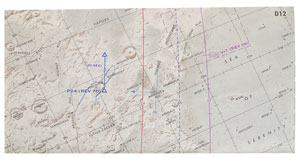 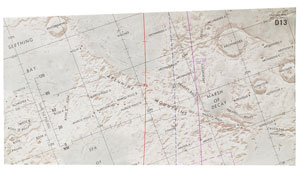 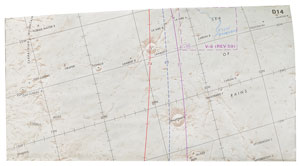 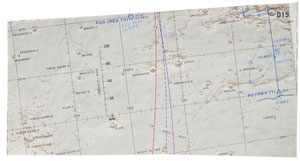 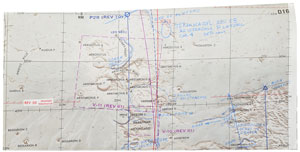 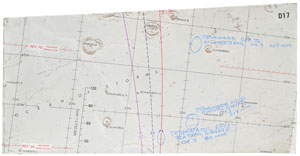 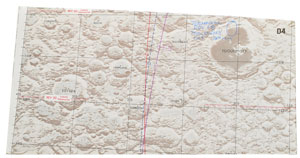 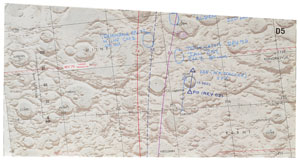 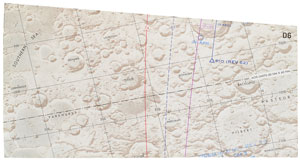 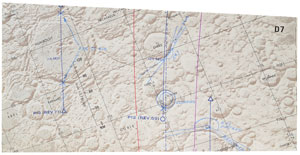 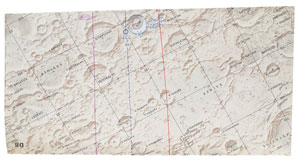 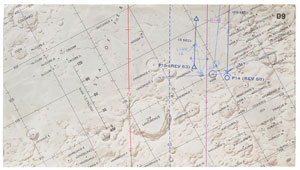 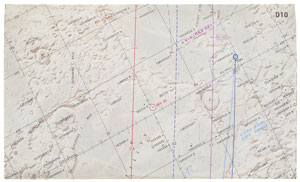 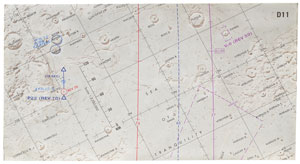 Flown Apollo 15 lunar orbit chart, folded to 13 x 7.5, signed and flight-certified in the photography legend in blue felt tip, “Flown in Lunar Orbit for 6 days, Apollo 15, July 26–Aug 7, ’71, Dave Scott, Apollo 15 CDR.” The chart is comprised of twenty-one map plates taped together at the center which if detached and unfolded would measure over thirteen feet long. The chart depicts the entire lunar surface during revolutions 57 through 74, and is labeled on the first panel, “Lunar Orbit Chart D, Apollo 15 Revs 57–74, July 26, 1971, SKB 32100115-383, S/N 1001, 1st Edition May 20, 1971.” The landing site is shown on page D13, and the map provides appropriate information for photographing the areas depicted. Map features extensive blue ink notations in another hand. In fine condition.

Accompanied by a signed letter of provenance from Scott, in part: “I hereby certify that the Apollo 15 ‘Lunar Orbit Chart D (D 1)’ is from my personal collection and was flown in lunar orbit for six days aboard the CSM Endeavor during Apollo 15…This chart is comprised of 21 map plates depicting the entire lunar surface covered during revolutions 57 through 74…This is one of 4 such charts used by the crew for hand-held Hasselblad orbital photography during our six days in lunar orbit…Lunar Orbit Charts portray lunar topography by shaded relief with a western illumination, and include revolution numbers, and times of crossing…The Photograph Legend information includes symbols for the lens to be used (80mm or 250mm), the time interval between frames, and a target number. Ground tracks below the orbit are marked by red and blue lines…This ‘Lunar Orbit Chart D (D 1)’ has been in my personal collection since returning to Earth.” Supported by provenance direct from the Apollo 15 commander, this lunar orbit chart is an impressively detailed and visually striking flown piece.