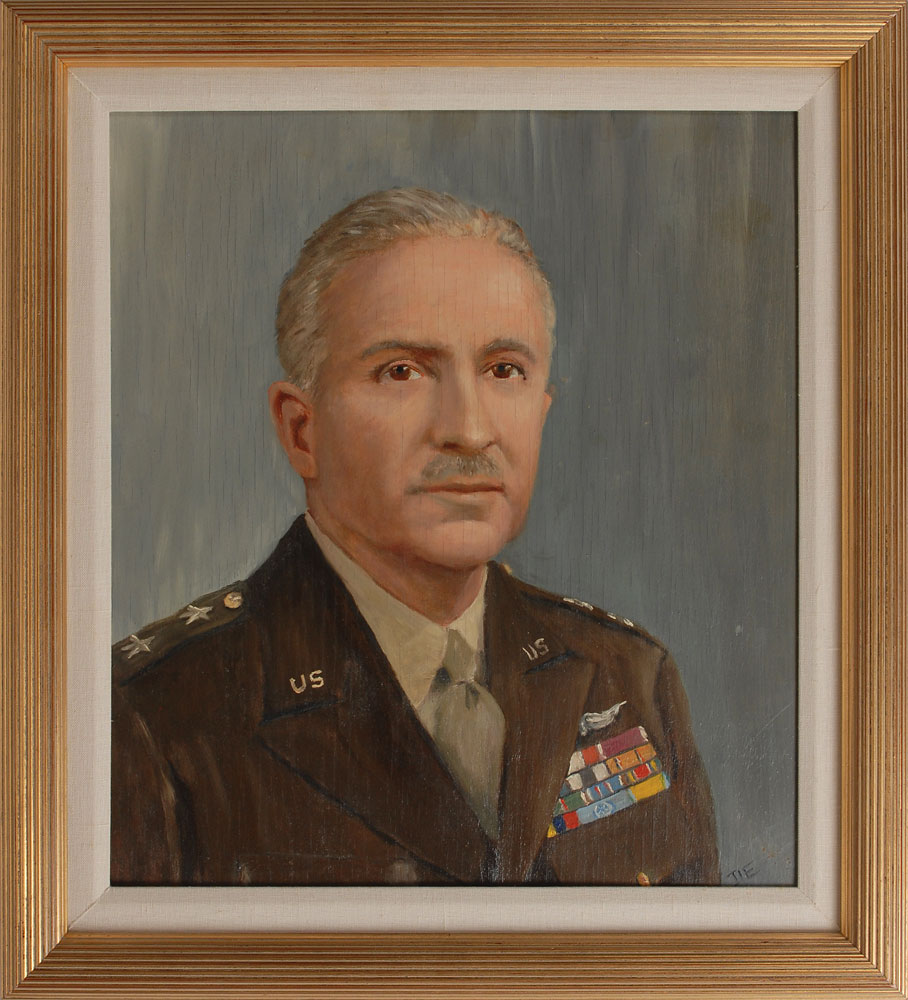 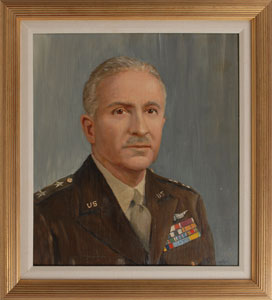 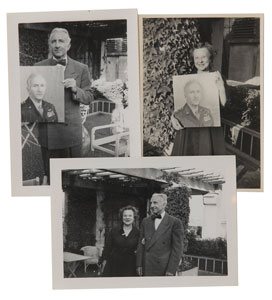 Previous Lot
Next Lot
This lot has closed
Estimate: $13000+

Impressive original oil painting accomplished by President Eisenhower during his time in the White House, 15.5 x 17.5, portraying White House Chief of Staff Wilton Persons, who served in Eisenhower’s administration from October 7, 1958, to January 20, 1961. The portrait skillfully depicts Major General Persons in his military uniform and is initialed in the lower right corner in black paint, “DE.” Cloth-matted and framed to an overall size of 20 x 22.25. Some insignificant vertical cracking to finish from age, otherwise fine condition. Includes a later TLS from Eisenhower to Persons, signed “Ike” and initialed “D,” one page, 7.25 x 10.5, personal letterhead, April 1, 1966. In part: “We have had a very pleasant winter here in the Desert. While I have been subjected to some minor aches and pains which have, at times, kept me off the golf course…I am at least learning to live with them…After all the doctors don’t want me to play golf more than three times a week and if I did not have some aches I would be frothing at the mouth to get out on the first tee.” Eisenhower adds a brief postscript, signing again with his first initial, “D.” Also includes three original snapshot photos, including one showing Wilton Persons with this painting, another of his wife holding the painting, and one of them together. With excellent lineage and historical importance, this is a superb painting by one of the most influential Americans of the 20th century. Dwight D. Eisenhower took up painting as a hobby later in life—a practice suggested by Winston Churchill—as a tool for relaxation, and became quite a skilled artist in his own right. Approximately 260 works by Dwight D. Eisenhower are known and most are landscape scenes, making portraits especially rare. Persons was an accomplished career US Army officer who served in the American Expeditionary Force in World War I and in Europe in World War II. Eisenhower called him into duty as a special assistant at Supreme Headquarters Allied Powers in Europe during 1951–1952, and Persons was active in Eisenhower’s presidential campaign. He served in various capacities throughout Ike’s administration and in 1958 took over as chief of staff. In this role, he was heavily involved as Eisenhower's representative in the transition of government between the Eisenhower and John F. Kennedy administrations. Any painting by Eisenhower is tremendously desirable, with this example particularly so as an especially well-accomplished, striking portrait of an important member of his inner circle. Provenance: The Estate of Major General Wilton B. ‘Jerry’ Persons. Pre-certified PSA/DNA.