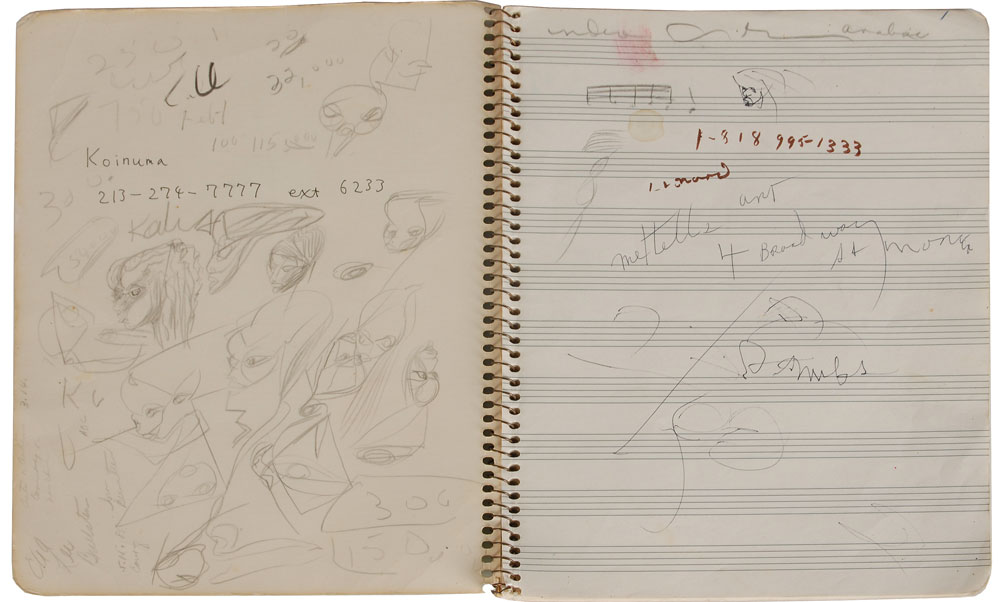 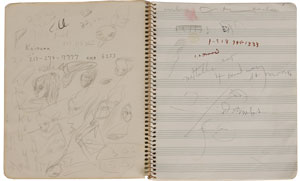 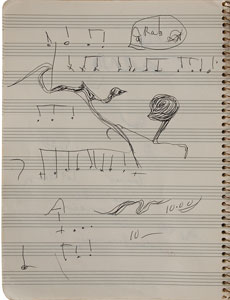 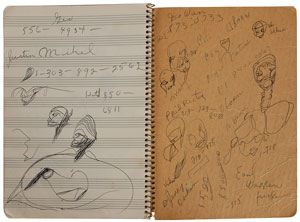 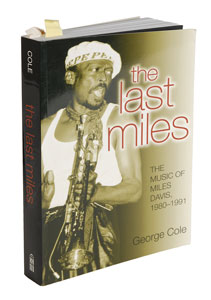 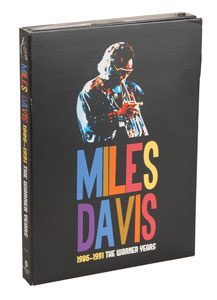 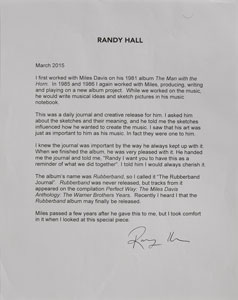 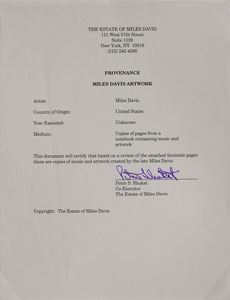 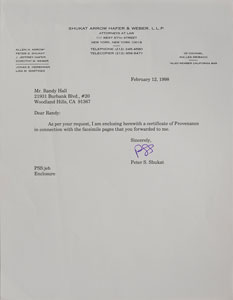 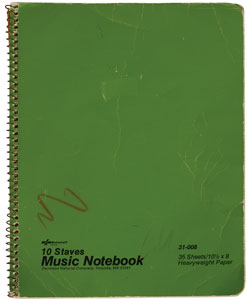 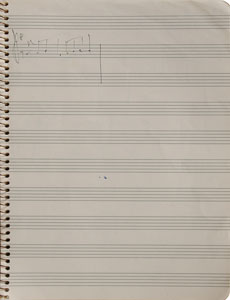 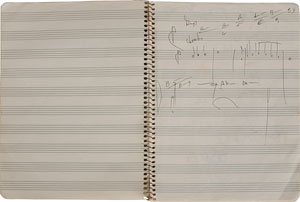 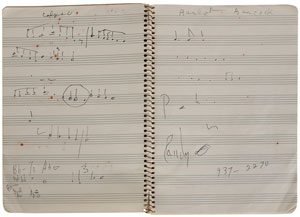 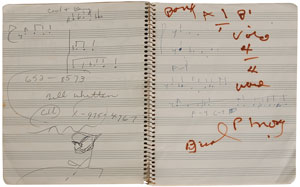 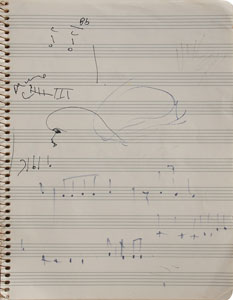 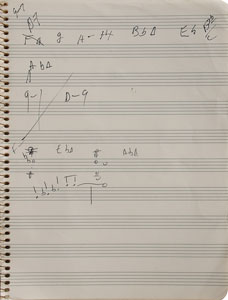 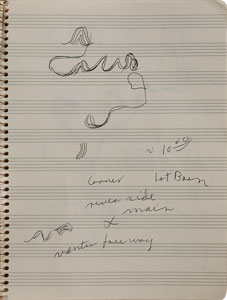 One-of-a-kind notebook used by Miles Davis in the mid-1980s while recording the unreleased Rubberband album, 8 x 10.5, containing a total of fifteen pages of writings, drawings, and musical notation (including the sketches inside the covers and on the back cover). Among his notes are phone numbers for Newport Jazz Festival promoter George Wein, Japanese promoter Toshinari Koinuma, clothing designer Bill Whitten, and producer Randy Hall, as well as a crude “Miles” signature on the first page. In very good to fine condition, with some expected wear from use, including creasing to front cover, a few stains, and show-through from a darker marker inside; overall the interior pages remain quite presentable. Accompanied by a letter of provenance from Davis’s producer, Randy Hall, who explains the notebook’s history, in part: “I first worked with Miles Davis on his 1981 album The Man With the Horn. In 1985 and 1986 I again worked with Miles, producing, writing and playing on a new album project. While we worked on the music, he would write musical ideas and sketch pictures in his music notebook.

This was a daily journal and creative release for him. I asked him about the sketches and their meaning, and he told me the sketches influenced how he wanted to create the music. I saw that his art was just as important to him as his music. In fact they were one to him.

I knew the journal was important by the way he always kept up with it. When we finished the album, he was very pleased with it. He handed me the journal and told me, ‘Randy, I want you to have this as a reminder of what we did together.’ I told him I would always cherish it.

The album’s name was Rubberband, so I called it ‘The Rubberband Journal.’ Rubberband was never released, but tracks from it appeared on the compilation Perfect Way: The Miles Davis Anthology: The Warner Bros. Years.” In 1998, Hall sent copies of the notebook to the estate of Miles Davis, who sent him a letter of authenticity entitled “Provenance: Miles Davis Artwork,” which is also included. A chapter in George Cole’s book The Last Miles is devoted to Rubberband, which he calls “the lost Miles Davis album,” and Cole quotes Randy Hall extensively; a copy of this book is included, as is the box set Miles Davis: The Warner Years, which includes tracks recorded during the Rubberband sessions. An outstanding, unique artifact with multiple pages of musical notations and drawings from a rare genius of modern music. Pre-certified REAL.