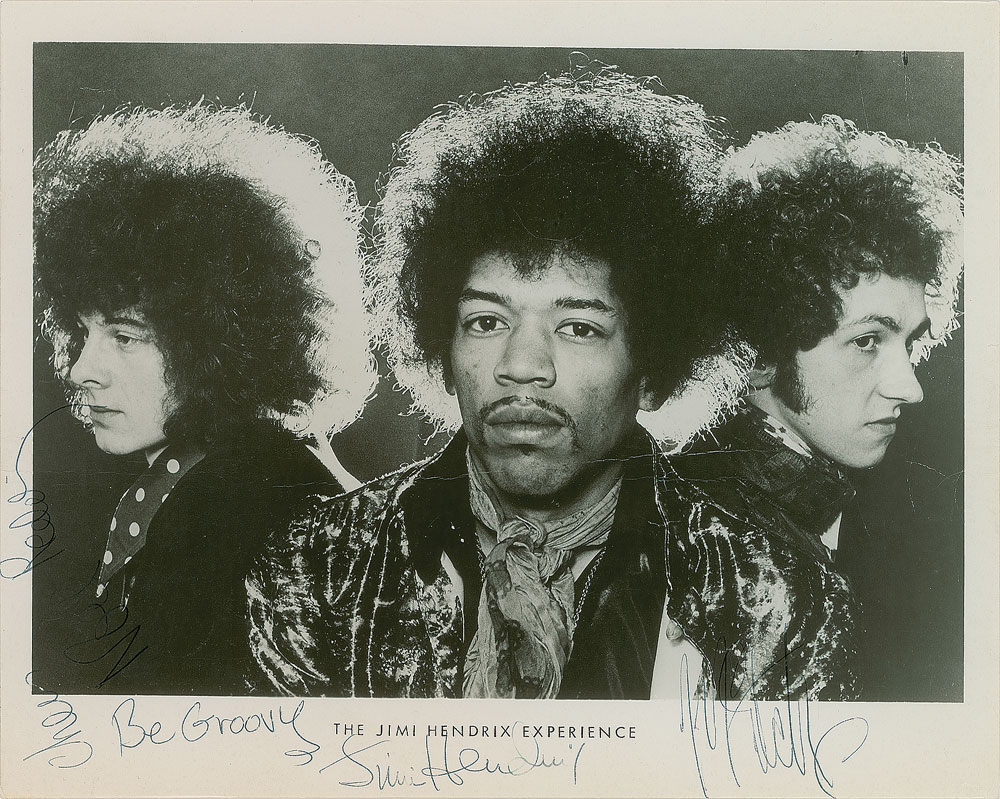 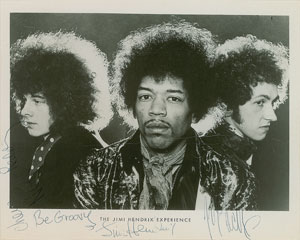 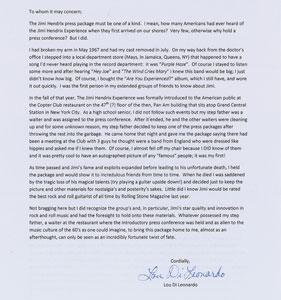 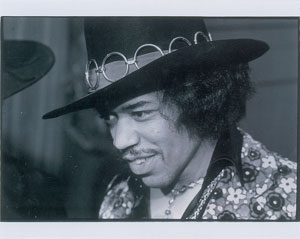 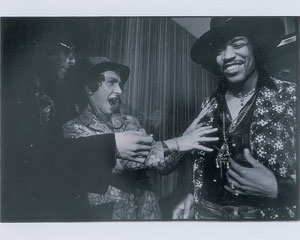 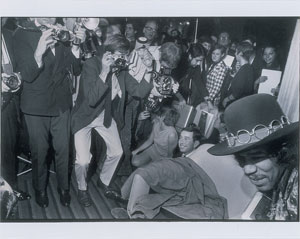 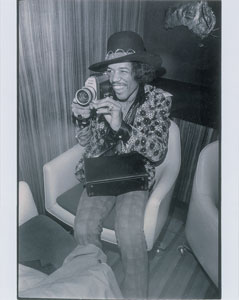 Brilliant vintage glossy 10 x 8 publicity photo of The Jimi Hendrix Experience, signed in the lower border in black ballpoint, “Be Groovy, Jimi Hendrix,” “Cheers, Noel Redding,” and “Mitch.” In very good to fine condition, with some very light scattered creasing and a moderate horizontal crease passing through Hendrix’s chin. Accompanied by a letter of provenance from the original owner, in part: “The Jimi Hendrix Experience was formally introduced to the American public at the...then, Pan Am building that sits atop Grand Central Station in New York City. As a high school senior, I did not follow such events but my step father was a waiter and was assigned to the press conference. After it ended, he and the other waiters were cleaning up and...my step father decided to keep one of the press packages after throwing the rest into the garbage. He came home that night and gave me the package saying there had been a meeting at the Club with 3 guys he thought were a band from England who were dressed like hippies and asked me if I knew them. Of course, I almost fell off my chair.” Also accompanied by four unsigned photos of the band during their American introduction.

On January 30, 1968, the Jimi Hendrix Experience arrived in New York City for a press conference the following day at the Pan Am Building’s famed Copter Club, joining four other British acts—Eric Burdon and the Animals, Soft Machine, The Alan Price Set, and Nova Express—for a series of interviews. In the wake of the band’s mythic performance at the Monterey Festival and the recent release of their second album, Axis: Bold as Love, the conference room was packed with reporters, agents, and TV cameras, each clamoring for a few words with Hendrix. A few days later, the Experience departed Manhattan and headed to the West coast to embark on a huge two-month North American tour. Fully signed publicity photos of the Experience rarely surface and are highly coveted by collectors, with this example being in desirable condition. Pre-certified REAL.