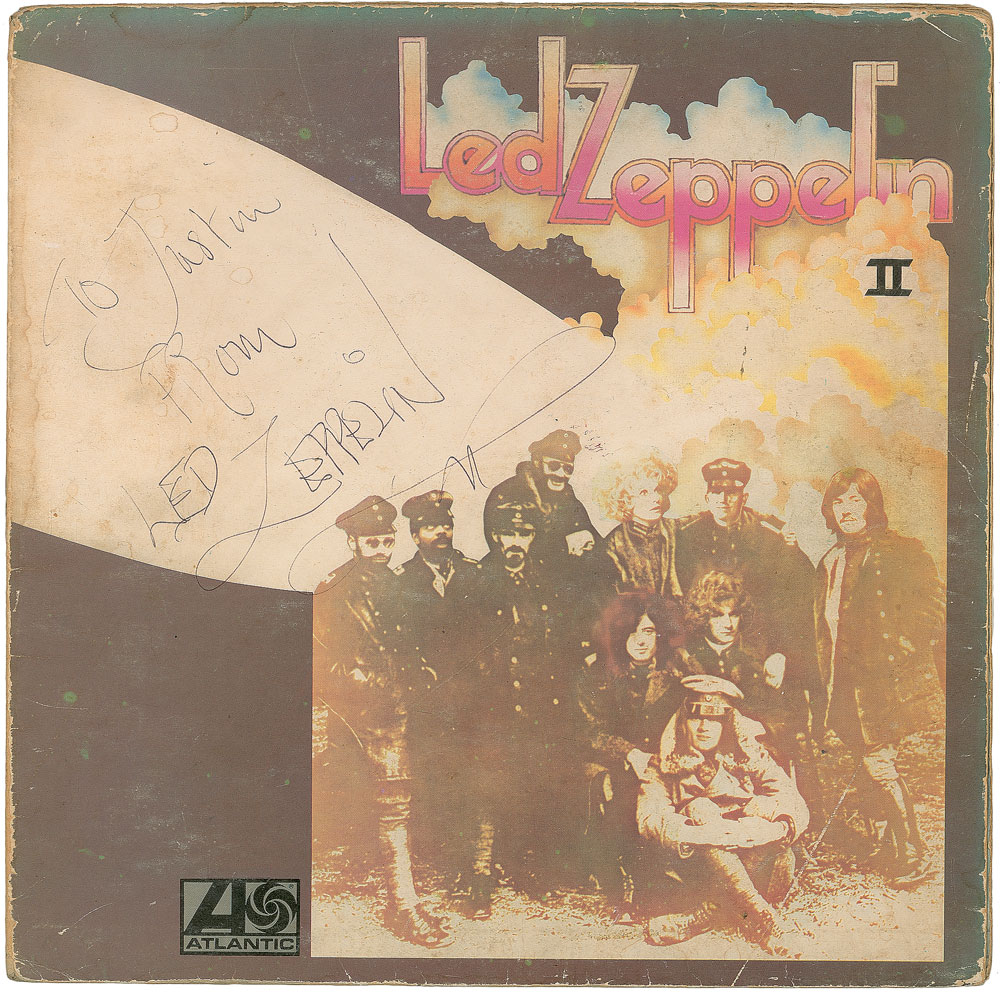 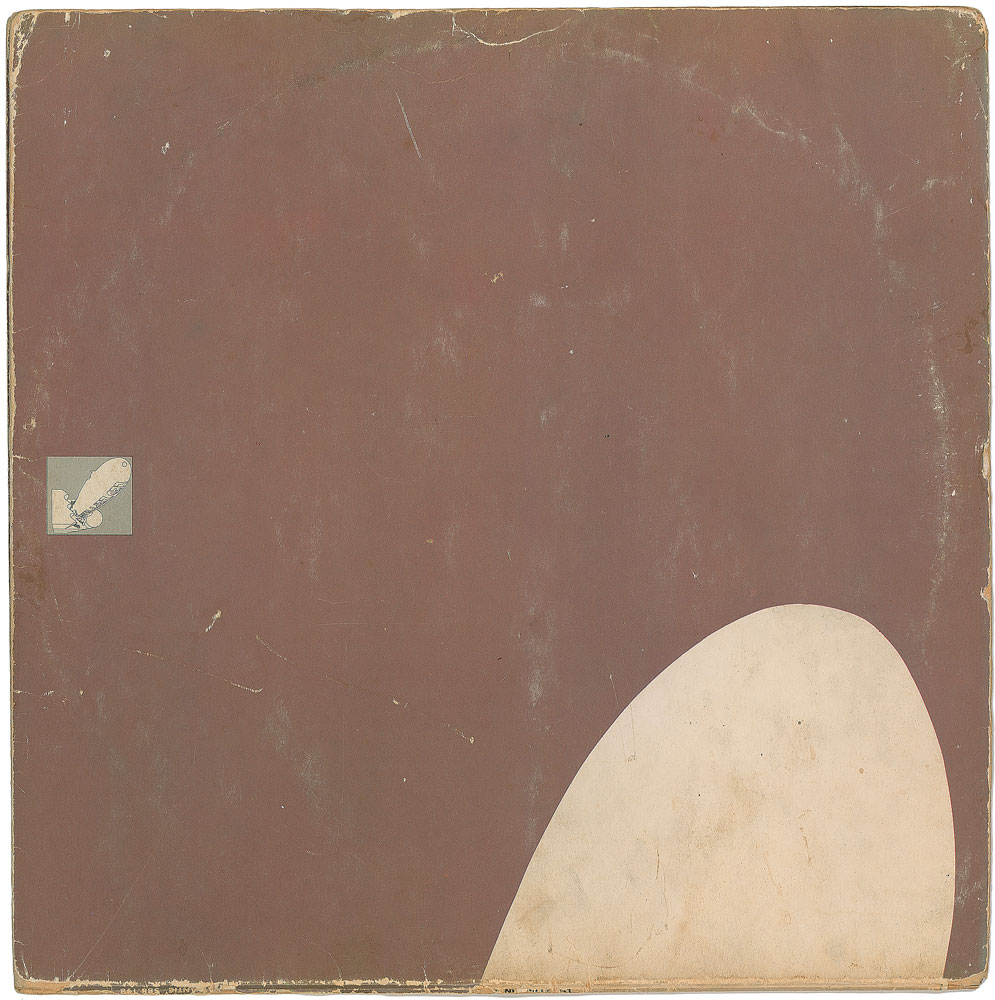 Incredible Led Zeppelin II album sleeve signed and inscribed on the inner gatefold above their respective monuments in black ballpoint, “Good luck, John Paul Jones,” “Justin, all the best, Jimmy Page,” and “Best wishes, John Bonham,” and in blue ballpoint, “To Justin, Rock on, Robert Plant.” Page has also penned an inscription on the front cover in black ballpoint, “To Justin, from Led Zeppelin.” In very good to fine condition, with some staining and overall wear, most notably to spine; gatefold and signature areas remain in pristine condition and unaffected, and would display brilliantly. The record is not included. Accompanied by a certificate of authenticity from Tracks, in part: “This is to confirm that the autographs of Led Zeppelin signed on their second studio album ‘Led Zeppelin II’ illustrated below is authentic…The signatures date to the early 1970s.” Upon its release in late October 1969, Zeppelin’s eponymously titled sophomore effort became an instant, monster success within the US and UK, and quickly cemented the quartet as the next great British rock act. With David Juniper’s Grammy-nominated cover art depicting the band alongside the famed WWI Flying Circus division, the album’s visual edge syncopated with the sheer density of the music; the work on Led Zeppelin II has since credited the band as pioneering the ‘heavy metal’ sound alongside other acts like Black Sabbath and Deep Purple. Given the era’s passive attitude towards autograph collecting and the increased security implemented by Zeppelin’s now legendary manager Peter Grant, due to their meteoric rise to fame, band-signed items remain exceptionally scarce. There are reportedly less than thirty known fully signed Led Zeppelin albums extant. A true rarity and quite possibly the finest example of Led Zeppelin II we have ever offered and potentially known to exist. Pre-certified REAL.