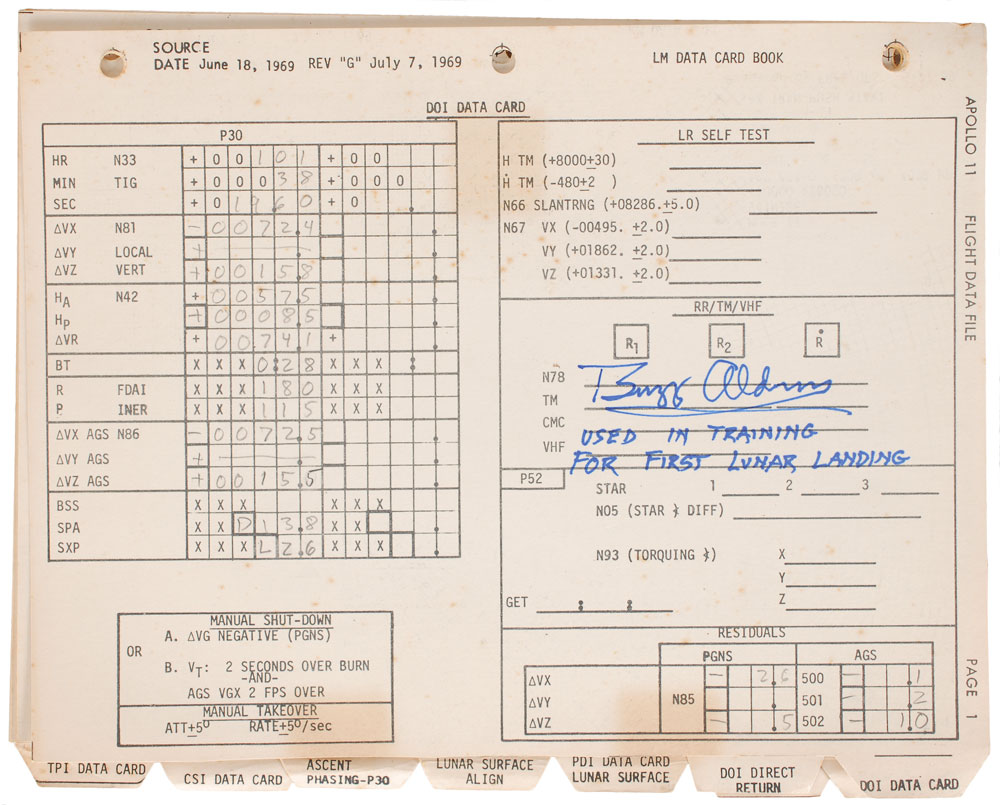 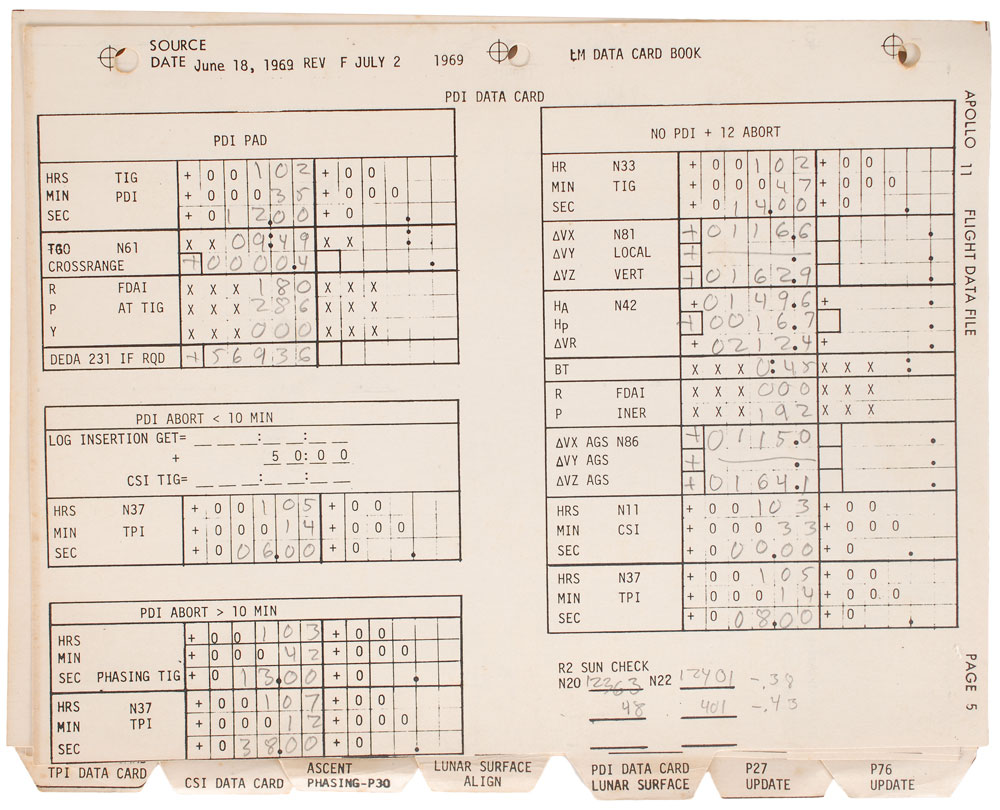 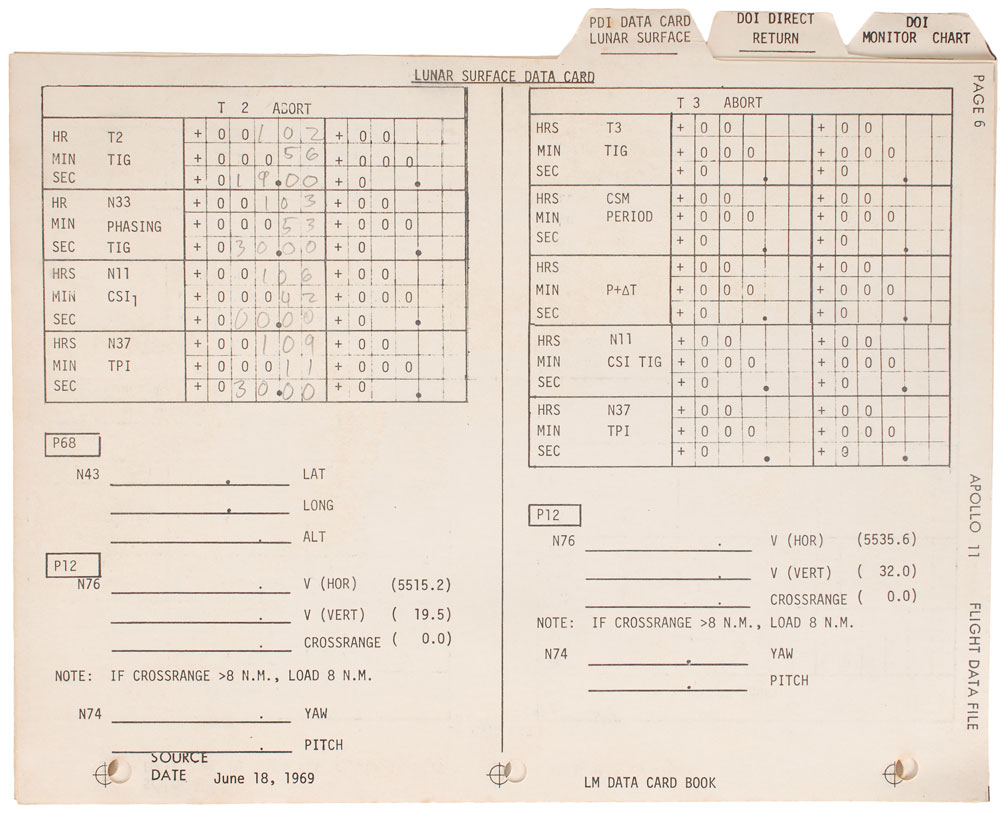 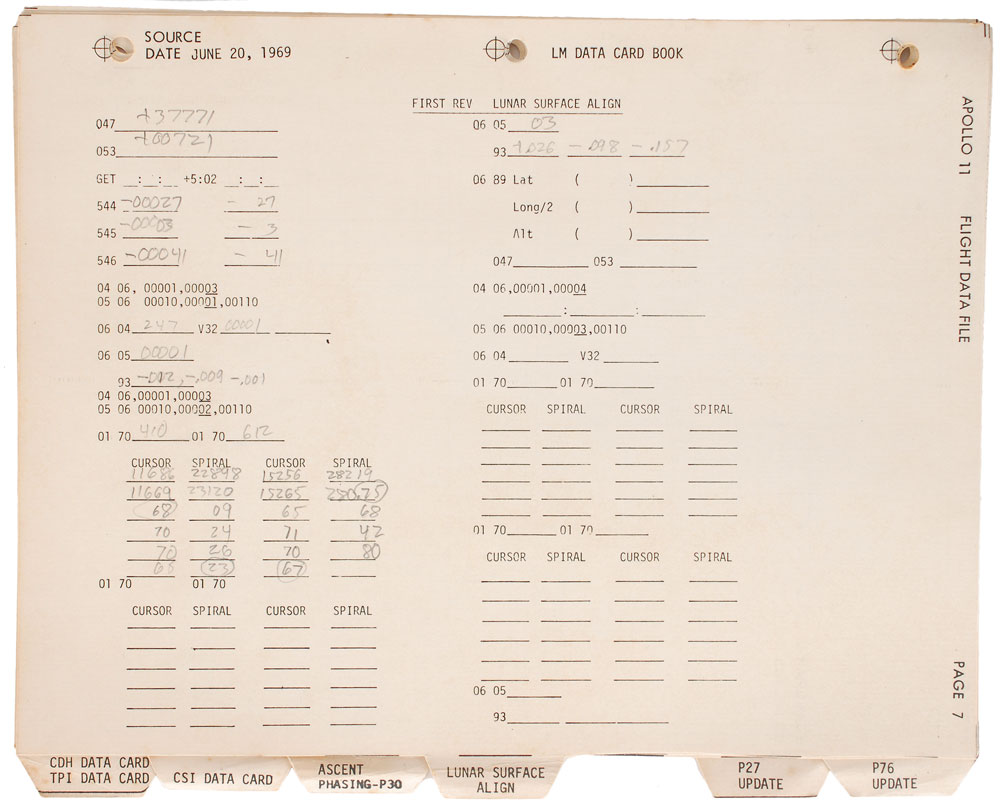 Lunar Module Data Card Book used extensively by the Apollo 11 crew during training in the LM simulator, eighteen numbered pages on ten individual cardstock sheets, 8.5 x 10.5, signed on the first page in blue felt tip, “Buzz Aldrin, Used in Training for First Lunar Landing.” Aldrin made copious data entries in pencil on pages 1, 5, 6, and 7, which are designated as “DOI Data Card,” “PDI Data Card, Lunar Surface,” and “Lunar Surface, Align,” on their tabs. In fine condition, with three light rectangular stains and some scattered light foxing to first page; interior pages remain quite clean overall. Accompanied by three binding rings and an unsigned vintage glossy press photo of Aldrin during the mission in which the flown LM Data Card Book is seen in the background; the flown example of this book sold for over $220,000 in 2003.

The LM Data Card Book was used to record data and values to input into the Apollo Guidance Computer to enable flight maneuvers, controlling engine burns, the descent to the lunar surface, and rendezvous with the CSM. The first card represents the undocking of the LM and CSM and the LM’s Descent Orbit Insertion (DOI), with Aldrin filling out values in the P30 grid that would have been read to him by Mission Control. Pages five and six represent the beginning of the lunar landing sequence, Power Descent Initiate (PDI), with values logged in various fields that would enable them to abort the landing if necessary. Page seven allowed the crew to record star observation data that, when entered into the computer, would assist the Guidance and Navigation System in aligning the LM for descent to the lunar surface. Used in training to prepare for these aspects critical to the mission’s success, this remarkable manual is a quintessential Apollo 11 piece. Pre-certified Zarelli Space Authentication.