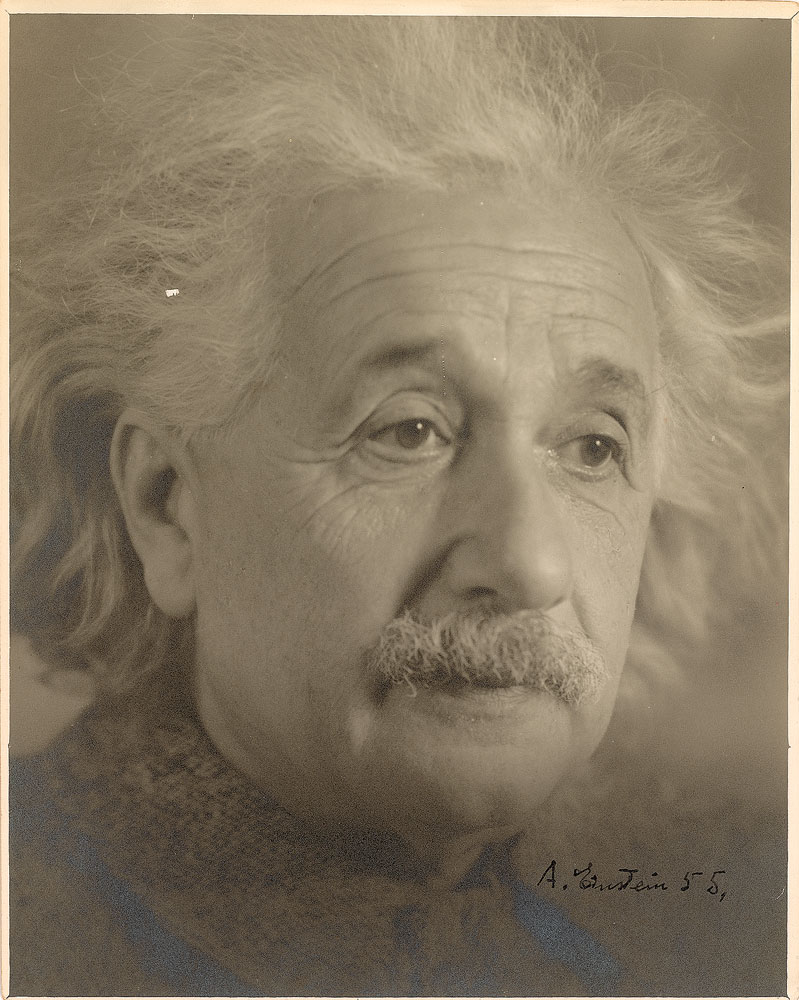 Unique vintage matte-finish 7.75 x 9.75 close-up portrait of the revered theoretical physicist, signed in black ink, “A. Einstein, 55.” Reverse bears a J. M. Hersh, Inc. stamp. In fine condition, with a tiny fleck of emulsion loss to hair and silvering confined to the dark areas of his shirt collar. With original wooden frame and outstanding  provenance  from the original recipient, Princeton University graduate Andrew J. Robell, whose included affidavit states  in part: “I learned that Albert Einstein lived at 112 Mercer Street in Princeton, a short distance from my freshman dormitory. Early in 1955 (January or February, as I recall) I walked to his house carrying the accompanying photograph of Dr. Einstein and asked that he sign it. He did so and the signed photograph has been a treasured memento continuously in my family’s possession ever since.”  Also  accompanied by copies of Robell’s official Princeton transcript and diploma. Differing only in its close proximity and Einstein’s slightly off-camera focus, this remarkable image depicts the physicist in a near exact pose as the famed Einstein–Oren Jack Turner portrait of 1947—same untamed hair, wistful expression, and button-up sweater.

ABPC records 107 signed Einstein photos in the last 40 years.not one is dated from 1955-making this photograph arguably the last signed photograph of Albert Einstein extant who died April 18, 1955.