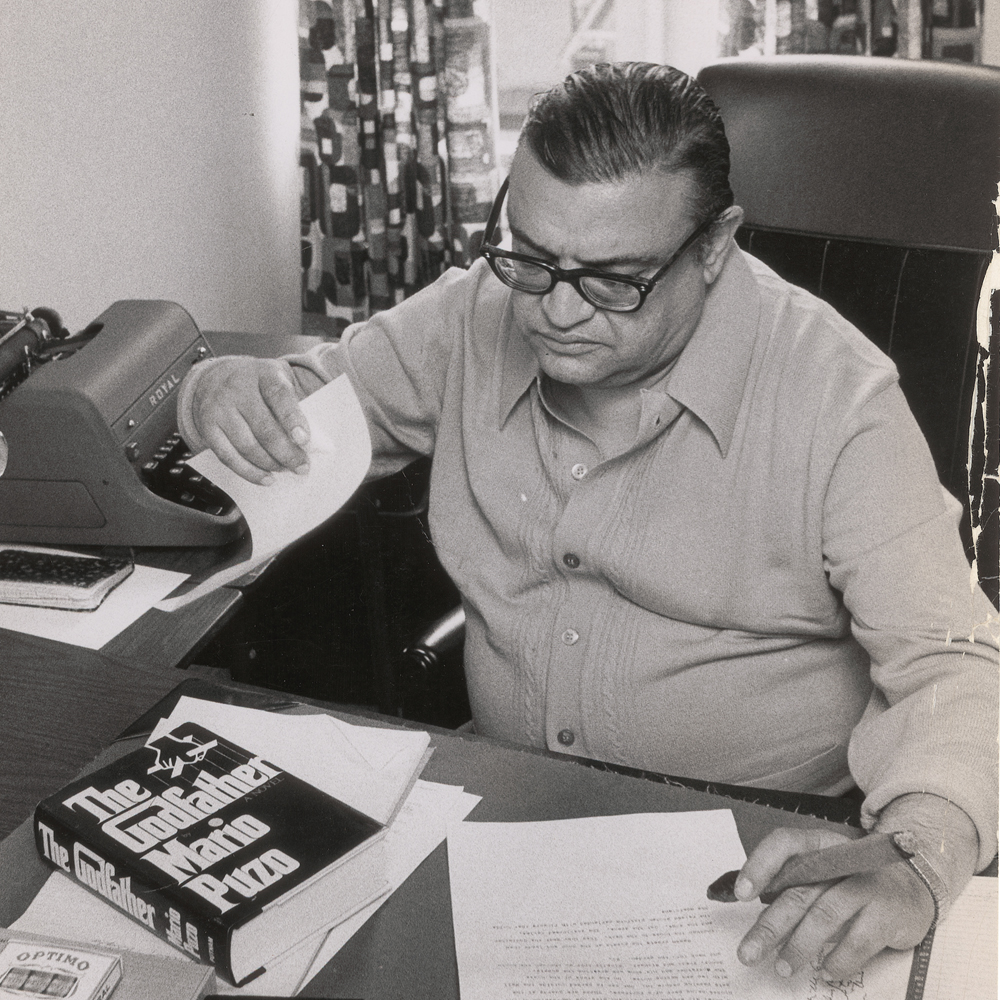 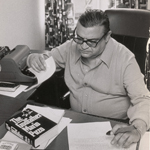 No writer has made as indelible an impact on the world of organized crime as Mario Puzo. Just as the release of his fourth novel, The Godfather, brought the author into the public spotlight, the subsequent film adaptation ushered the mafia from out of the shadows into the public eye. Introducing the mob to the mainstream, The Godfather reshaped Italian-American culture—and the world’s perception of it. His ascendance from obscure writer to best-selling author to Oscar-winning screenwriter is a tale of hard work, sleepless nights, and innumerable hours of research. Spanning nearly a half-century of study, this remarkable archive typifies the meticulous nature of its late owner with an extensive and revealing clarity, leaving no doubt of the sheer indefatigable legend Puzo left in his wake.

Expertly organized within 45 banker’s boxes (view detailed inventory list; view highlights of four exceptional Godfather-content boxes: 37, 38, 39, and 40), this collection surveys the lifework of Puzo on a scale never before seen, and is highlighted by the book-to-screen progression of the work that defined Puzo’s career. From origin to finale, over six boxes worth of written material capture the exhaustive process Puzo undertook in bringing the Corleone family saga to vivid life, with each page offering a unique glimpse into his work.

Consisting of personal correspondence, numerous early drafts and manuscripts, the archive includes the step-by-step progression of nine screenplays and ten novels, from his first novel 1955’s The Dark Arena, through to 2000’s Omerta (view full list of screenplays and novels).

• Countless examples of Puzo’s handwritten amendments to iconic aspects of the Godfather I and II screenplays; along with a couple of Coppola’s annotations • Insightful typed and handwritten correspondence between Puzo and Coppola regarding all three Godfather films

• Fantastic material illuminating the progression of Godfather II, from Puzo’s initial draft to the final product, with Coppola’s invaluable input

• First draft, hand-annotated manuscripts of the author’s books, including early works 1955’s The Dark Arena and his personal pride, 1965’s The Fortunate Pilgrim

Please enjoy the virtual catalog, which tells the story of Puzo’s legendary career, offers a detailed account of this collection’s contents. Interested parties are encouraged to set up an appointment to view the Puzo archive in person at our offices or call us with specific inquiries (603-732-4280). Considering the size and scope of this collection, additional shipping charges will apply; please contact [email protected] for more details.


Please note: Subsequent to further review, we've deemed the writing discussed on page 39, "Need? He's already out!" (previously identified as Francis Ford Coppola's) to be in the hand of the Godfather III script supervisor.