“Arriving ‘solo’ via airplane from Honolulu” 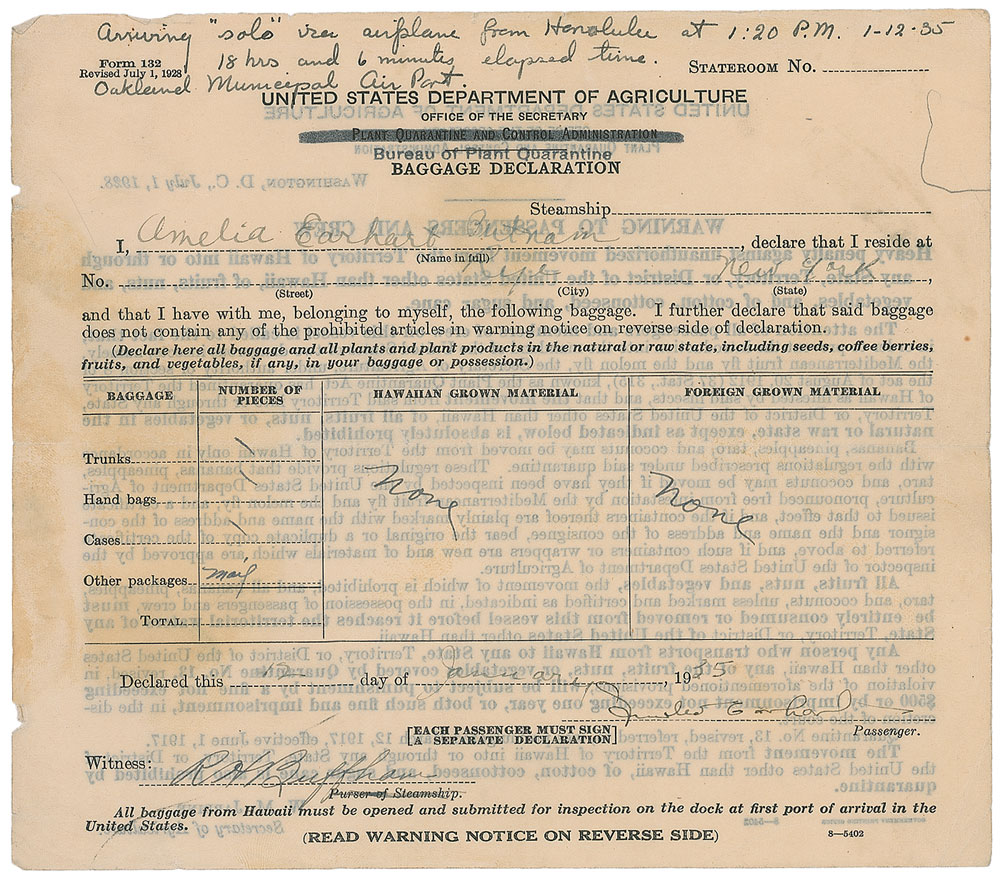 “Arriving ‘solo’ via airplane from Honolulu”

Partly-printed DS, signed “Amelia Earhart,” one page both sides, 8 x 7, January 12, 1935. United States Department of Agriculture baggage declaration form completed upon making the first flight from Honolulu to Oakland, identifying the lone package brought from Hawaii as “mail” and certifying that she has not illegally imported any fruits, nuts, vegetables, cotton, cottonseed, or sugar cane. Notated along the top in another hand describing her travel, “Arriving ‘solo’ via airplane from Honolulu at 1:20 P.M. 1-12-35, 18 hrs 6 minutes elapsed time, Oakland Municipal Airport.” Signed at the conclusion by Earhart as the “passenger” and countersigned by a witness. In very good condition, with expected document wear, a few tiny edge teas, and irregular toning to the left side.

This document confirms Earhart’s success in making the first-ever flight from Hawaii to California, flying from Honolulu to Oakland on January 11–12, 1935. It also represents the emergence of flight as a viable method of transport, as one of the more interesting aspects of this standard government form is that it was created in 1928 and designed exclusively for travel by sea; its text refers to the “steamship,” “dock,” “port,” “vessel,” and “territorial waters.” A unique piece from the early years of aviation. Pre-certified PSA/DNA.