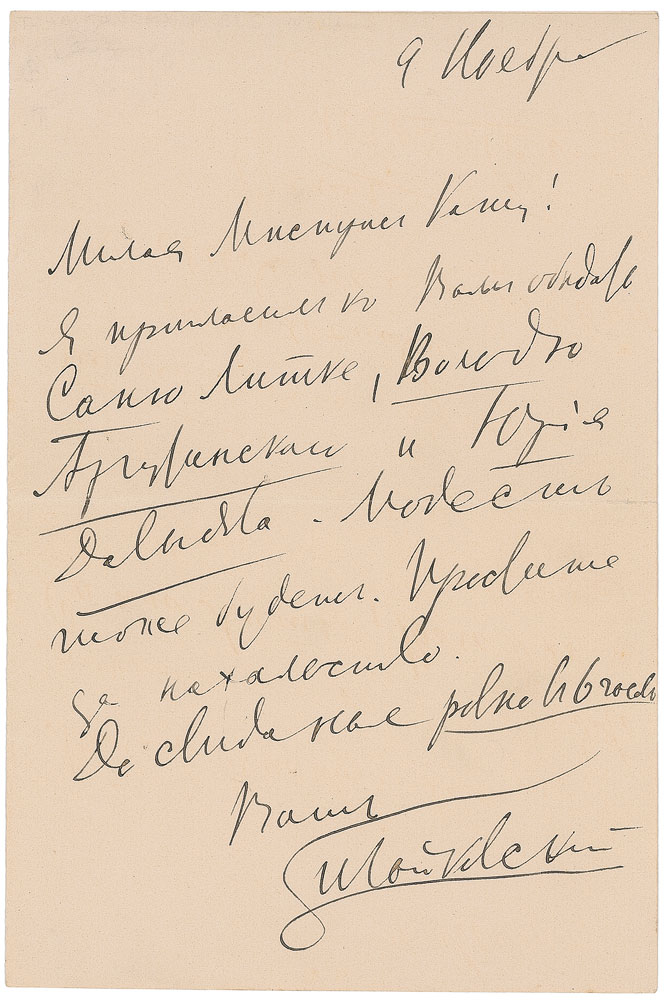 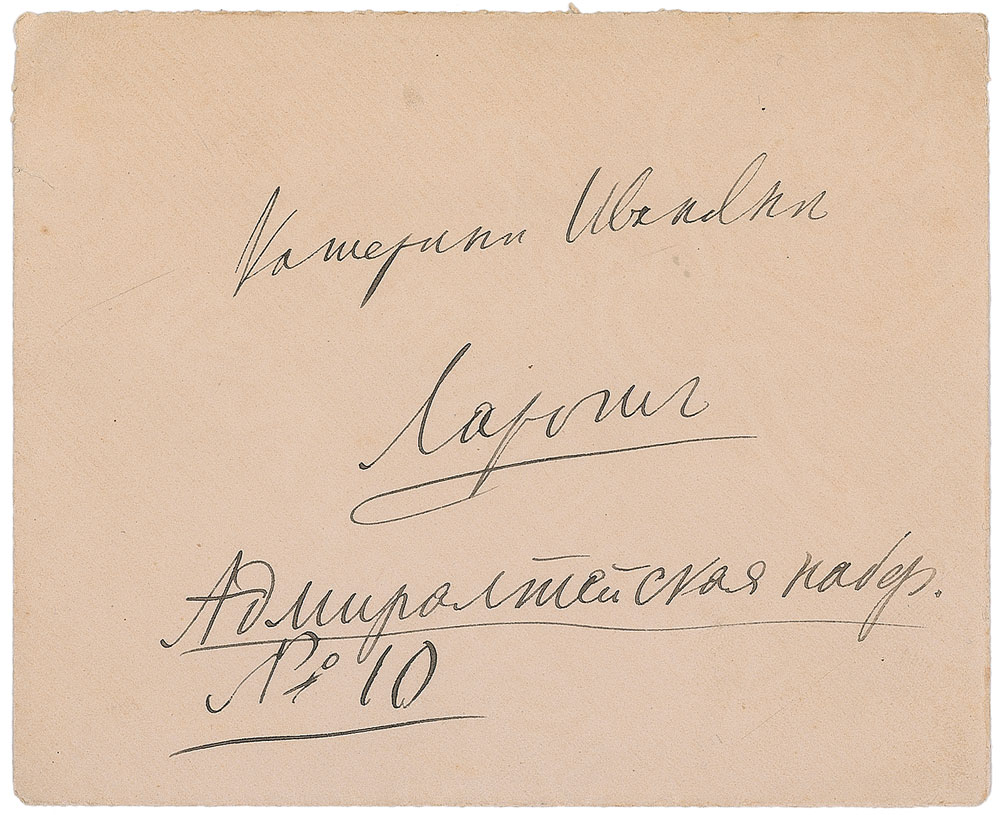 ALS in Cyrillic, signed “Tchaikovsky,” one page, 4.5 x 7, November 9, [1892]. Letter to Katerina Ivanovna Laroche. In full (translated): "I have invited to have dinner at your place: Sanya Litke, Volodya Argutinsky, and Yury Davydov. Modest will also be there. Apologies for my impertinence. See you at 6 o'clock sharp.” Includes the original transmittal envelope addressed in Tchaikovsky’s hand to: “Katerina Ivanovna Laroche, Admiralteyskaya Embankment, No. 10.” In fine condition. Katerina was the third wife of Tchaikovsky’s close friend, the critic and teacher Herman Laroche, whom he had met at the St. Petersburg Conservatory; in 1893 the composer dedicated ‘Dialogue,’ the eighth of his Eighteen Pieces, Op. 72, to Katerina.

Tchaikovsky mentions several people close to him in this letter, using nicknames for the first two: his second cousin, Aleksandr Litke; the artist, art collector, and official at the Russian Ministry of Foreign Affairs Vladimir Argutinsky-Dolgorukov; and his nephew Yury Davydov, who later curated the Tchaikovsky House-Museum in Klin. The last person mentioned, Modest Ilyich Tchaikovsky, was the composer’s younger brother and closest friend. Modest was a dramatist, librettist, and translator whose work included librettos for operas by Pyotr; he was also the composer’s first biographer. Tchaikovsky letters are of the utmost desirability, particularly those with such close personal associations. Pre-certified PSA/DNA.