Stones sign for tour mate, drummer of Goldie and the Gingerbreads 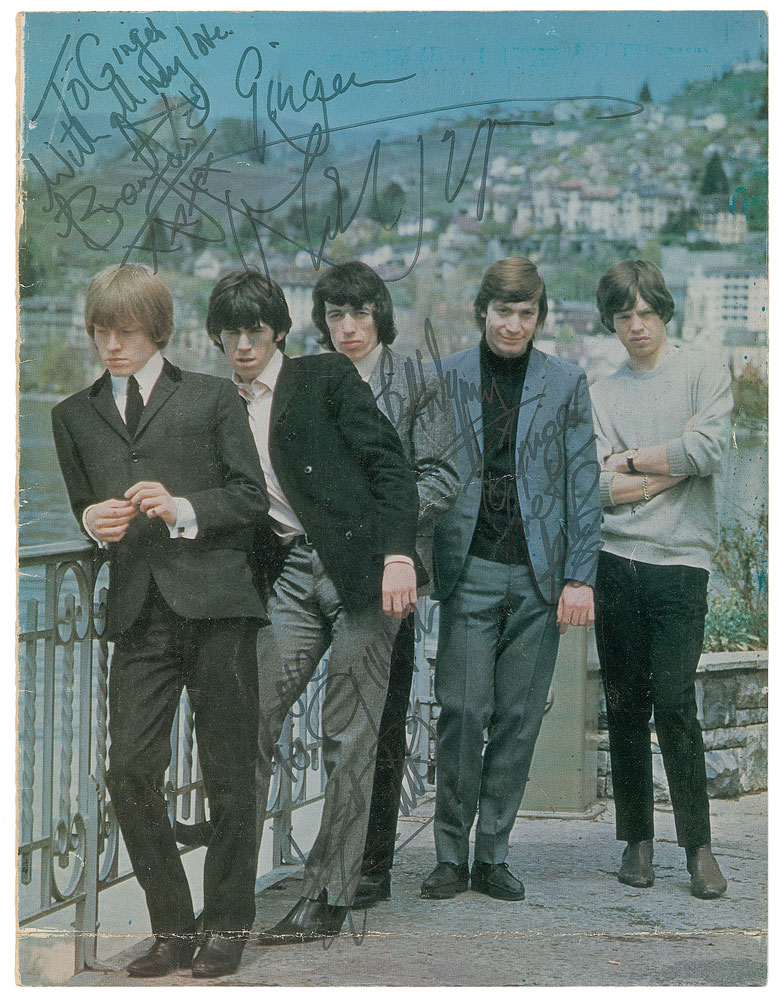 Stones sign for tour mate, drummer of Goldie and the Gingerbreads

Color vintage 8 x 10.25 cardstock photo of the Rolling Stones removed from a program circa 1964, signed and inscribed in black felt tip, “To Ginger, with all my love, Brian Jones, xxxx,” “Ginger, Mick Jagger,” “Bill Wyman,” “To Ginger, Charlie Boy,” and “Love to Ginger, Keith Richards.” In very good to fine condition, with a horizontal fold to bottom edge (touching two letters of the Richards signature), slight rubbing and creasing (affecting a portion of the Watts inscription), stray ink marks, and fair contrast to the Watts and Richards signatures against the busy background. Originates from the collection of Ginger Bianco, the drummer for the all-female American rock band Goldie and the Gingerbreads, a quartet who toured extensively throughout Europe in 1964, and performed nightly with acts like The Animals, The Beatles, The Yardbirds, The Hollies, The Kinks, and The Rolling Stones. An iconic image of the young British band made all the more desirable by its vibrant colors and bold signatures. Pre-certified REAL.