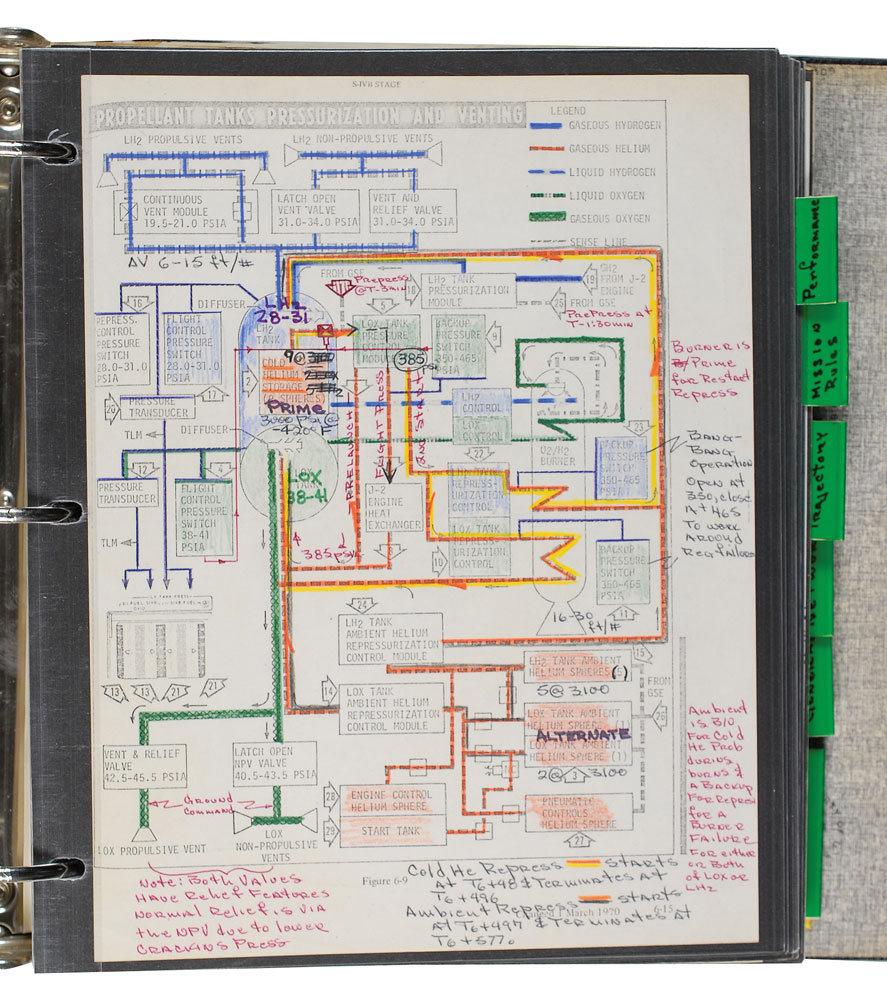 Accompanied by a signed letter of provenance from Kranz, in part: "The Apollo 17 Flight (Launch Phase) Book with mission materials…is a compilation of information for my personal use as Flight Director. The material included, reflected what I determined most useful to have at my fingertips in order to efficiently and successfully manage those aspects of Apollo 17 that I was responsible for…This material was used at my console during Apollo 17 as a primary resource for coordinating that mission and associated activities during that mission's launch phase. For my ease of use, this binder has been organized and tabbed, was carried everywhere and kept on top of my console during the actual mission." Pre-certified Steve Zarelli.