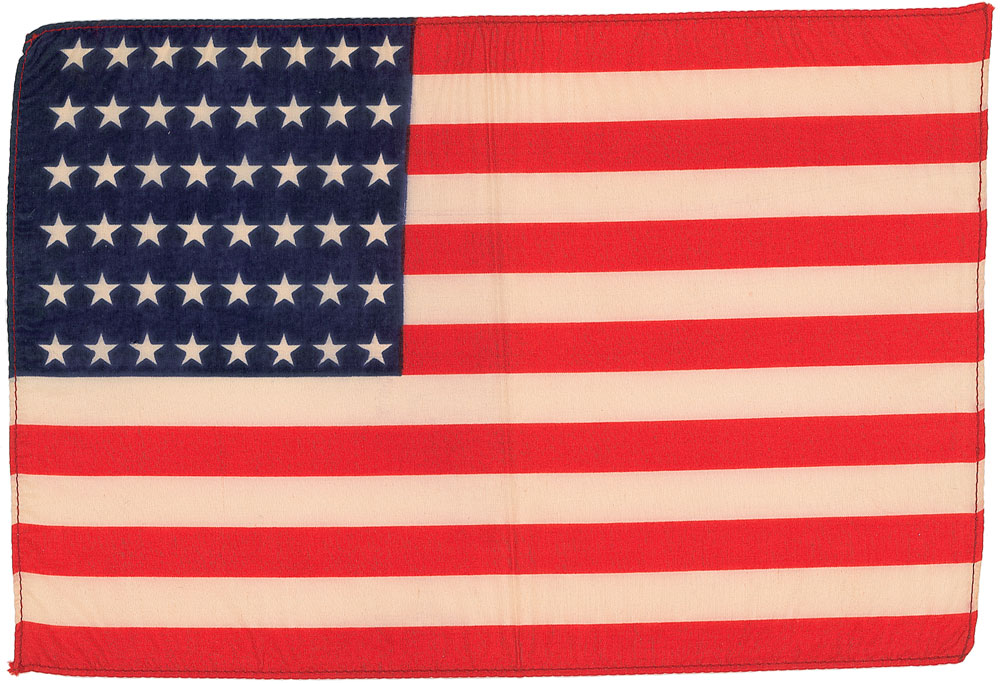 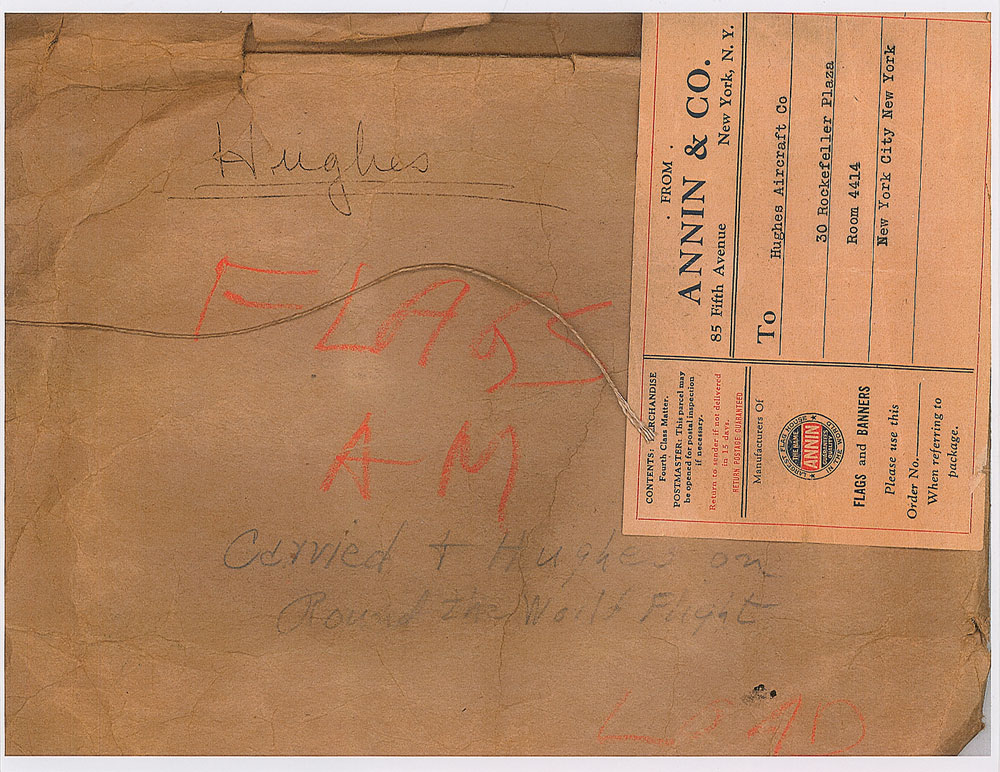 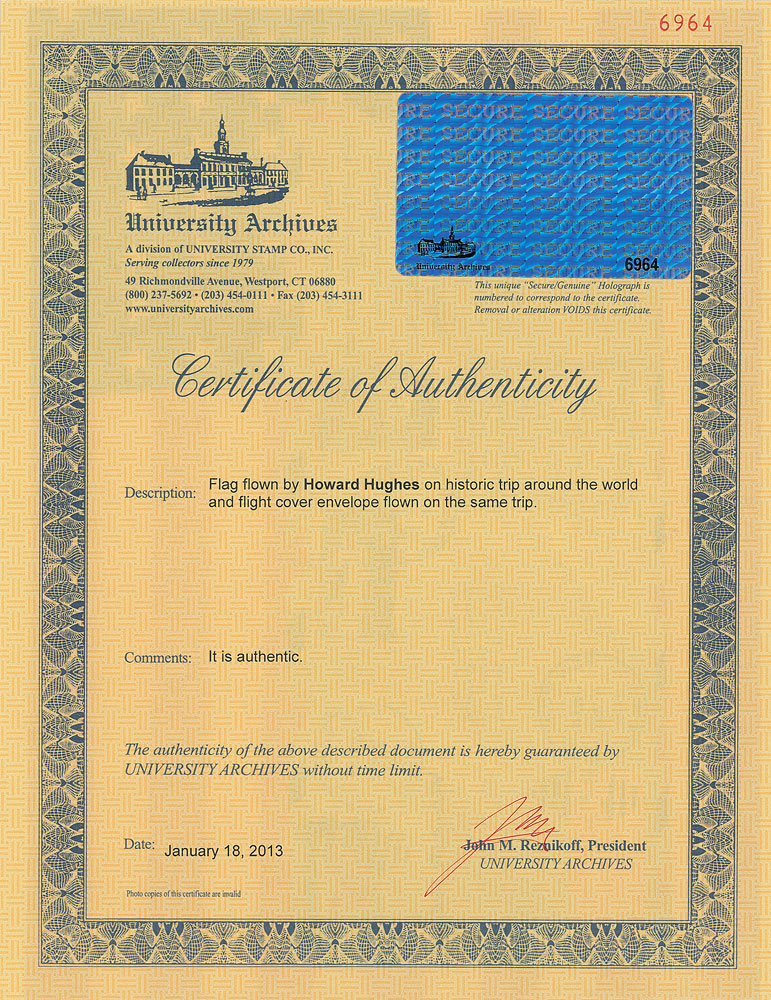 Scarce commemorative airmail postal cover, 9.5 x 4, carried by Hughes on his triumphant 1938 around-the-world flight. The cover, issued in conjunction with the 1939 New York World’s Fair, bears several postage stamps, postmarks, and rubber stamps indicating the primary stops on the record-setting journey: Paris, Moscow, Omsk, Yakutsk, Fairbanks, Minneapolis, and the final destination, New York City; and a flown fabric American flag, 12 x 8, carried on the flight. Accompanied by a color copy of a mailing envelope addressed to Hughes Aircraft from Annin and Co., manufacturers of flags and banners, with notations in an unknown hand reading, “Hughes. Flags AM carried & Hughes on round the world flight.” In fine condition. Accompanied by a certificate of authenticity from University Archives. In 1938, Hughes set a new around-the-world record of 3 days, 19 hours and 8 minutes. The flight took off on July 10 from an airfield on Long Island, New York, in a specially designed Lockheed 14N ‘Super Electra’ aircraft with a range of nearly 5,000 miles, making stops in the aforementioned cities. RR Auction COA.