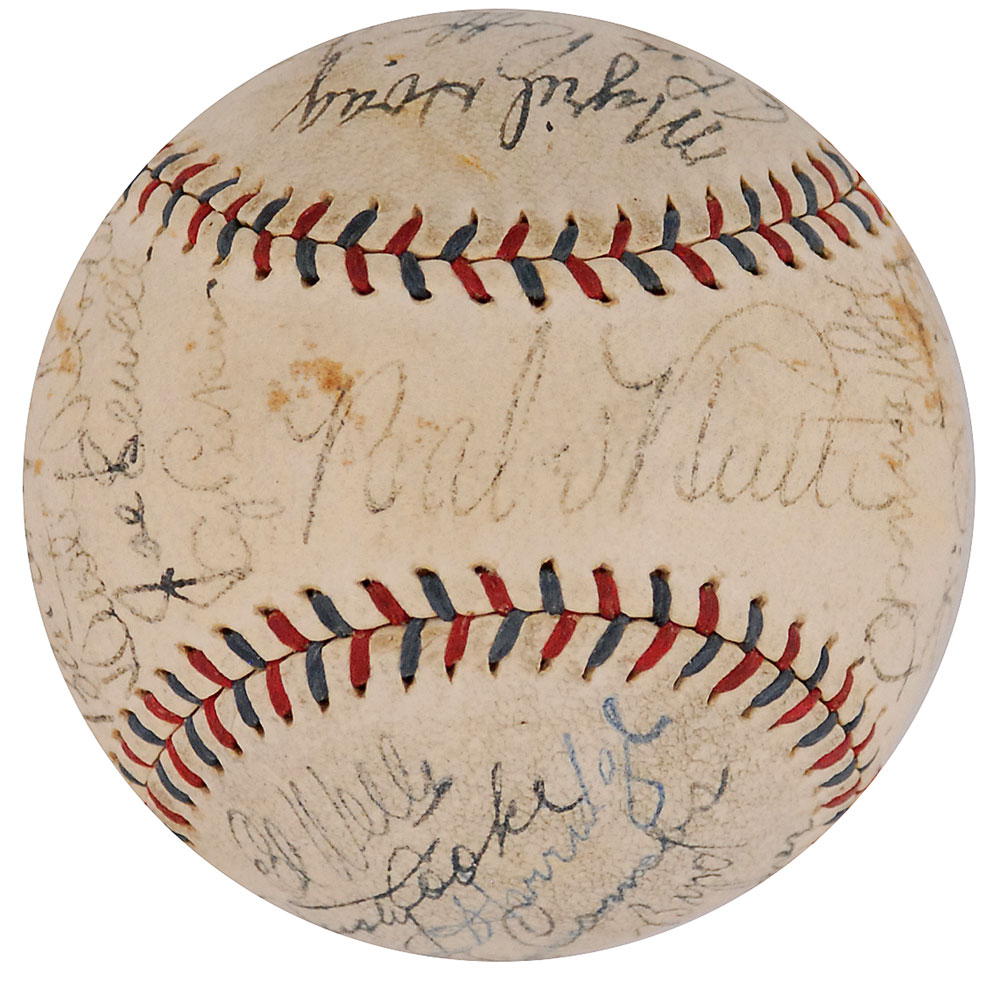 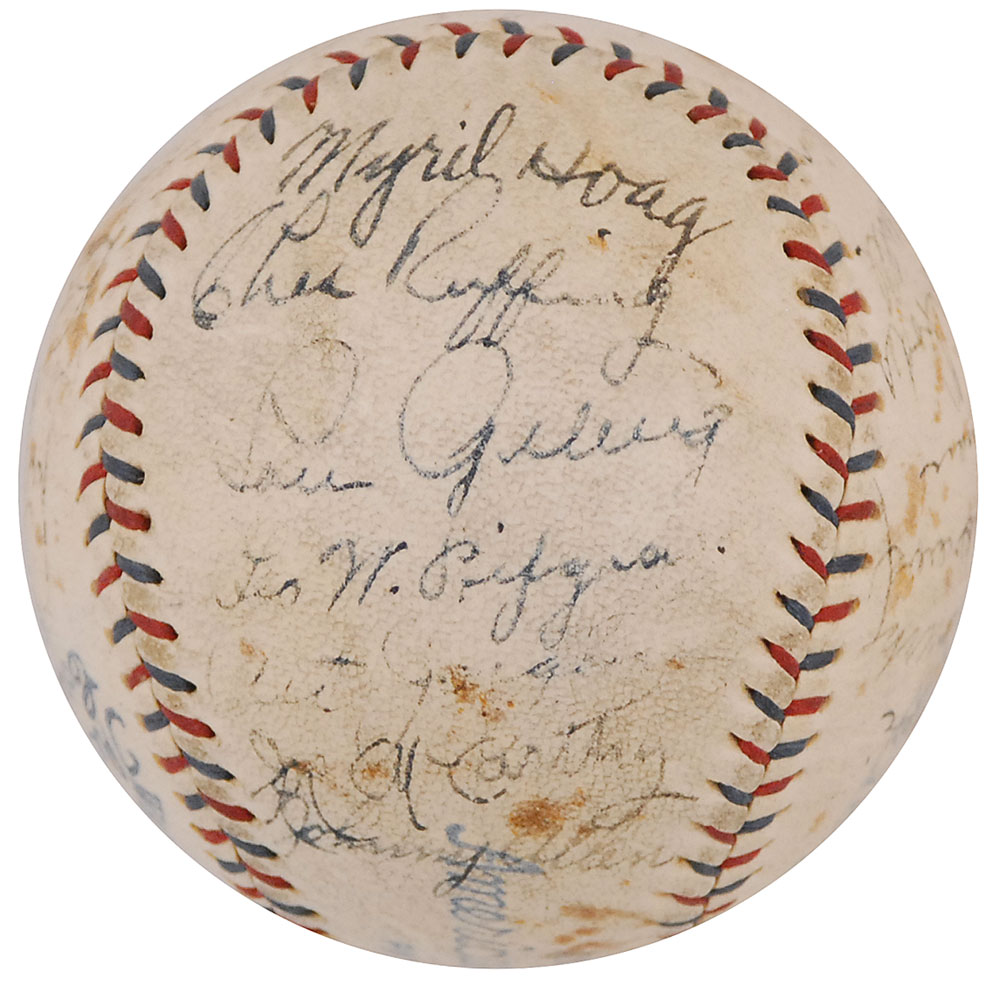 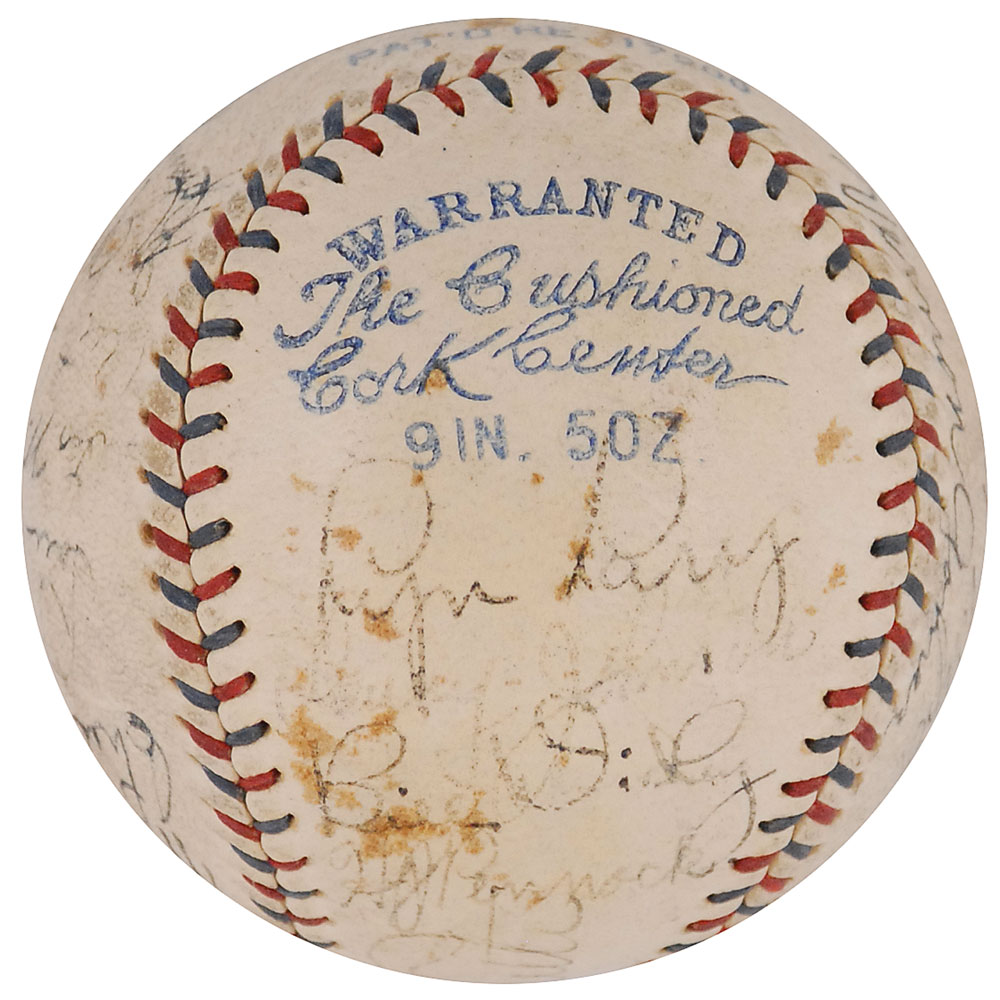 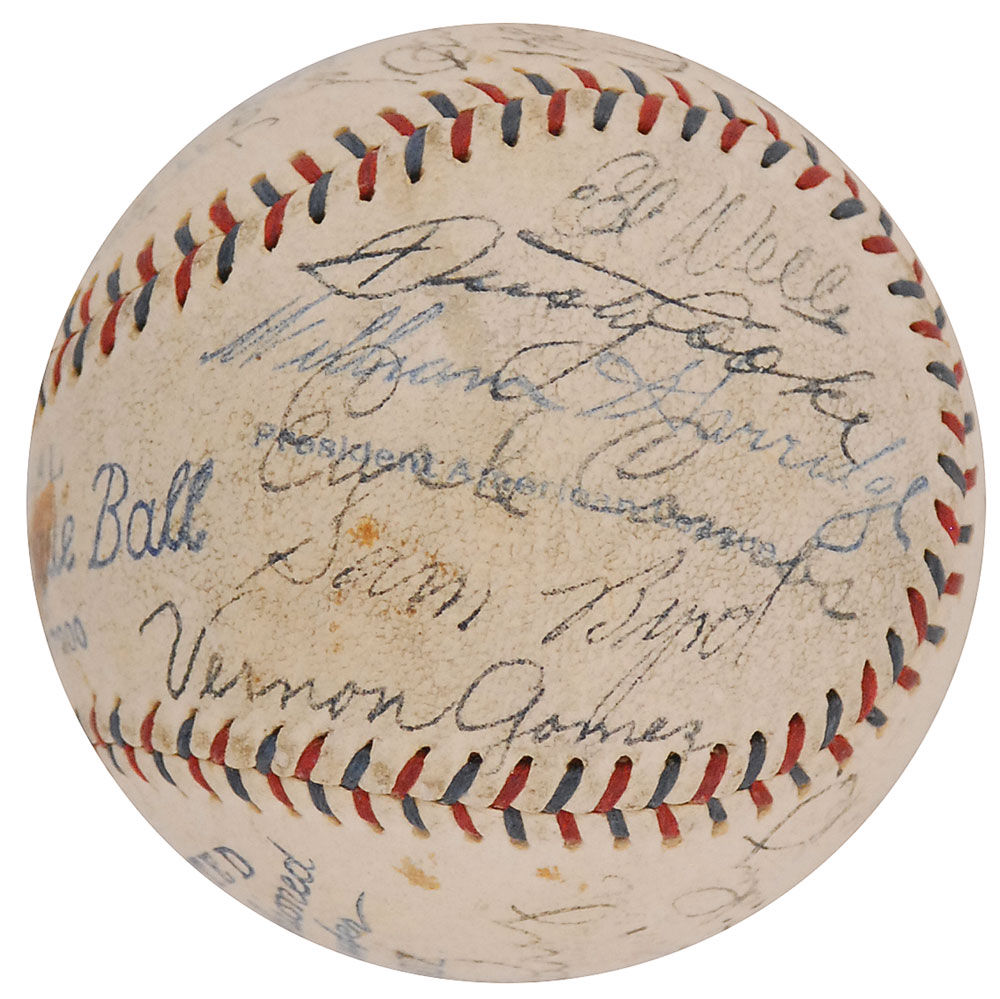 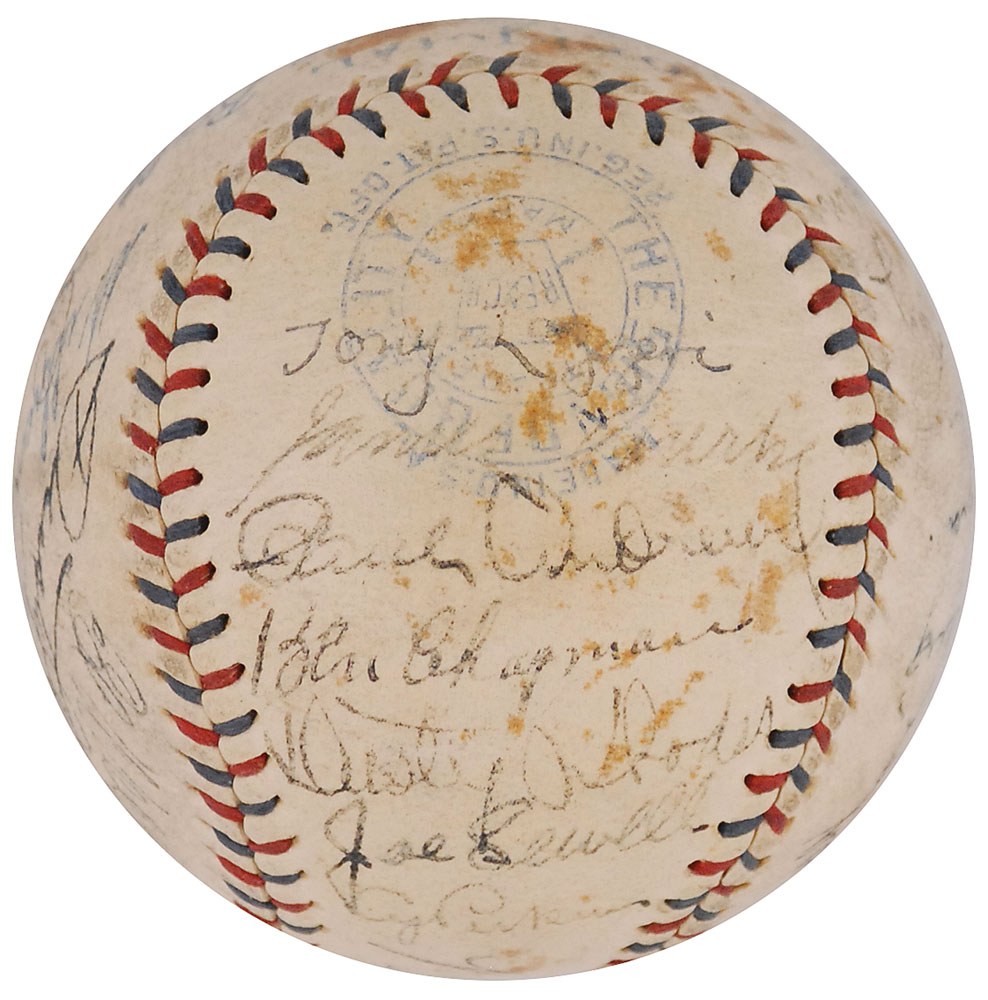 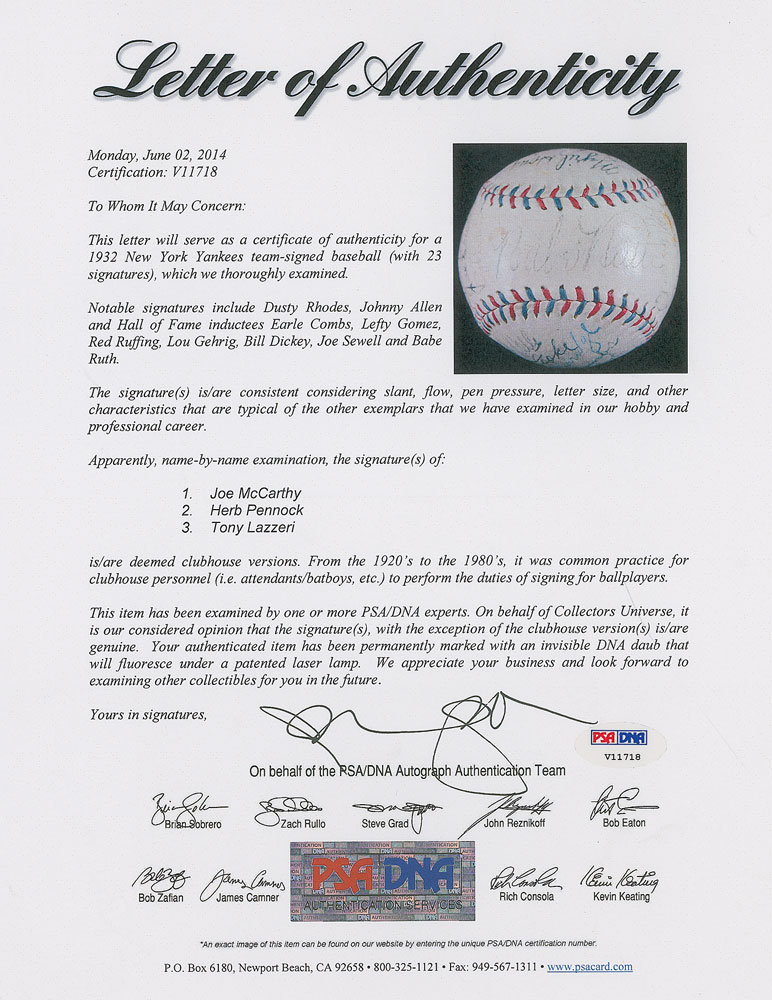 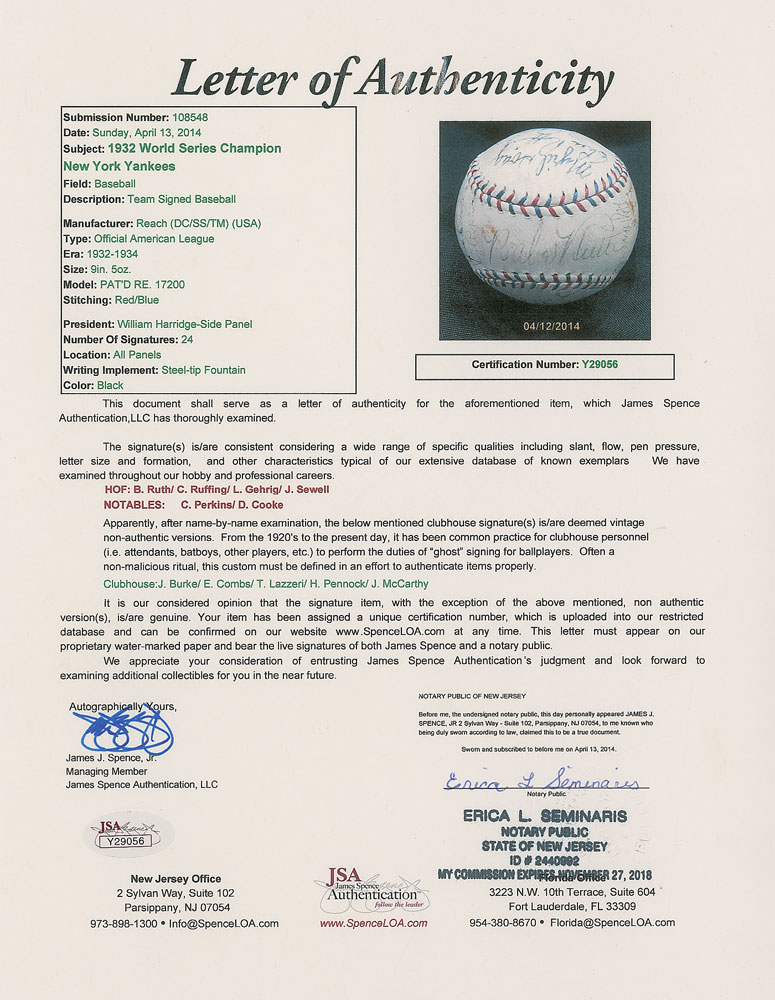 Official Reach American League (Harridge) baseball signed in fountain pen on the sweet spot and side panels by 20 members of the 1932 Yankees team, including: Babe Ruth, Lou Gehrig, Earle Combs, Bill Dickey, Lefty Gomez, Red Ruffing, Joe Sewell, Dusty Cooke, Gordon Rhodes, Myril Hoag, Johnny Allen, Cy Perkins, Lyn Lary, Ben Chapman, Ivy Andrews, George Pipgras, Ed Wells, Sam Byrd, Hank Johnson, and Arndt Jorgens. Also bears clubhouse signatures of Tony Lazzeri, Herb Pennock, Joe McCarthy, and Jimmy Burke. In very good condition, with scattered staining (one small stain at the top of the first letter of Ruth’s signature) and various levels of fading to some signatures; Ruth is a shade light but entirely legible and Gehrig is a bit bolder; the Jorgens and Johnson signatures are significantly lighter than any others. Accompanied by a full letter of authenticity from PSA/DNA. The 1932 Yankees are considered one of the greatest teams of all time, featuring a record nine future Hall of Famers on the roster. After finishing the season with an impressive 107-47 record they swept the Chicago Cubs in the World Series, which was punctuated by Babe Ruth's legendary 'called shot' in game three. An immensely desirable piece signed by one of the most memorable teams in baseball lore. RR Auction COA.