Wonderful archive from the development of modern Cuba 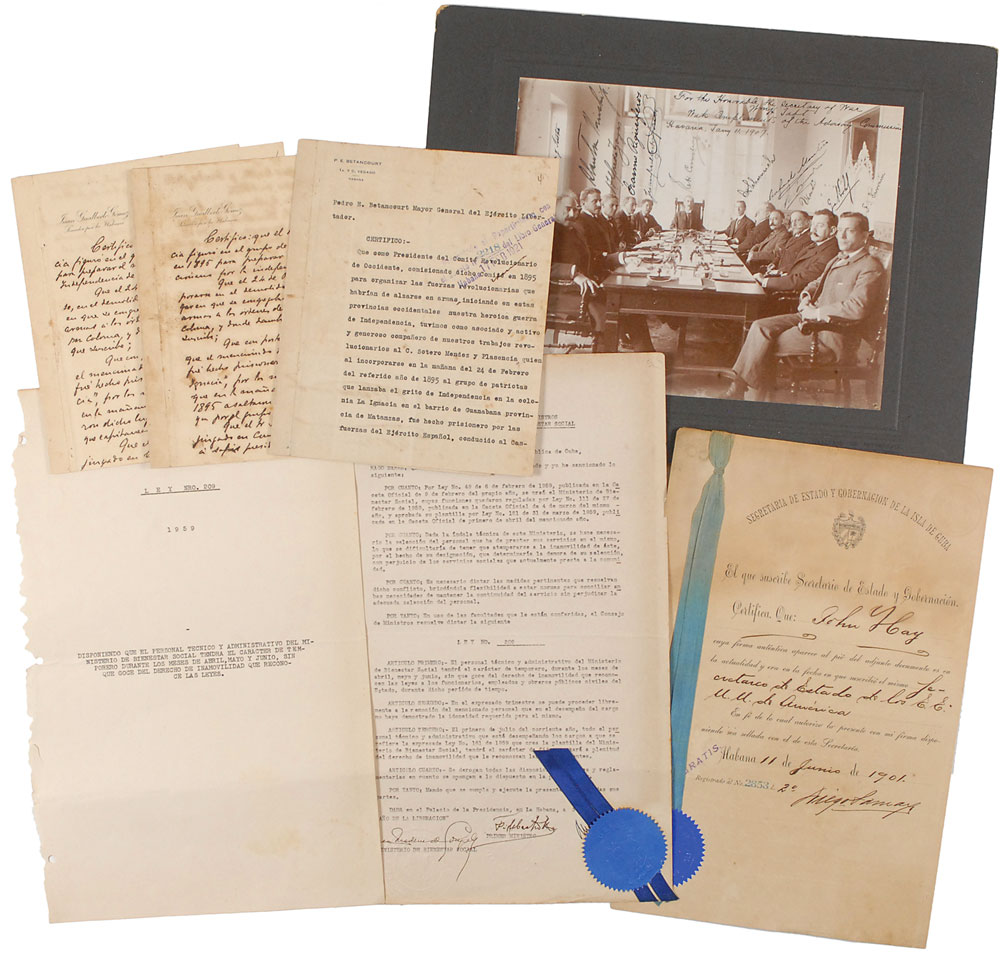 Wonderful archive from the development of modern Cuba

Terrific archive representing the history of modern Cuba, highlighted by a 1959 document signed by Fidel Castro and a photo signed by the 1907 Advisory Law Commission of Cuba. The DS is in Spanish, signed "Fidel Castro" as prime minister, two pages, 9 x 13.75, April 3, 1959, granting the technical and administrative personnel of the ministry of social well-being with temporary power during the months of April, May, and June, without the power of changing laws. The matte-finish 9.5 x 7.5 photo is affixed to a 14 x 11 mount, notated at the top, "For the Honorable The Secretary of War Wm H Taft, With Compliments of the Advisory Commission, Havana, Jany 11, 1907," and signed by each member, "F. Carrera y Justiz," "Blanton Winship," "Alfredo Zayas," "Erasmo Regueiferos," "Juan Gualberto Gomez," "E. H. Crowder," "Otto Schoenrich," "Rafael Montoro," "M. Coronado," "Viondi," "Ga. Kohly," and "F. Sarrain." Also includes a 1901 State Department document related to Cuba signed by John Hay, and a series of letters by important Cuban activists, including a TLS by Pedro E. Betancourt and two handwritten documents signed by Juan Gualberto Gomez. In overall very good to fine condition. Accompanied by a full translation for the Castro document. The 1907 Advisory Law Commission of Cuba was formed by the United States to aid Cuba in formulating a new legal system for the country, and was comprised of nine Cubans and three Americans; William Howard Taft, then serving as secretary of war under President Roosevelt, had briefly served as the provisional governor of Cuba in the fall of 1906. The Castro document dates to within months of his successful overthrow of the government in January 1959. This fantastic grouping of items represents some of the most important moments of political upheaval in the formation of modern Cuba. RR Auction COA.