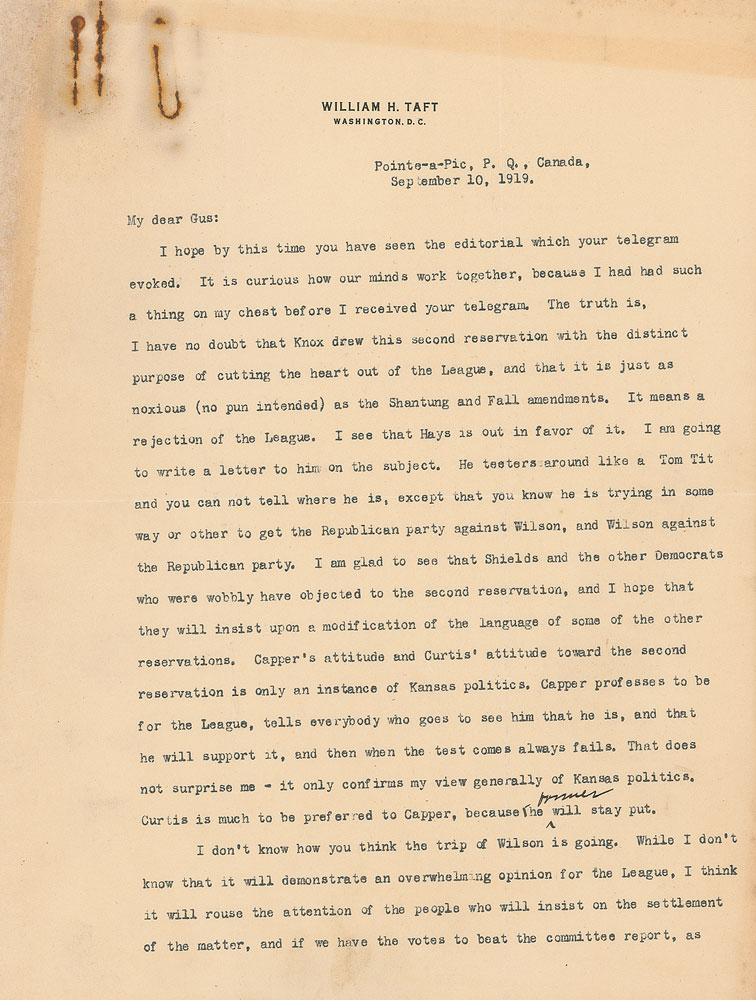 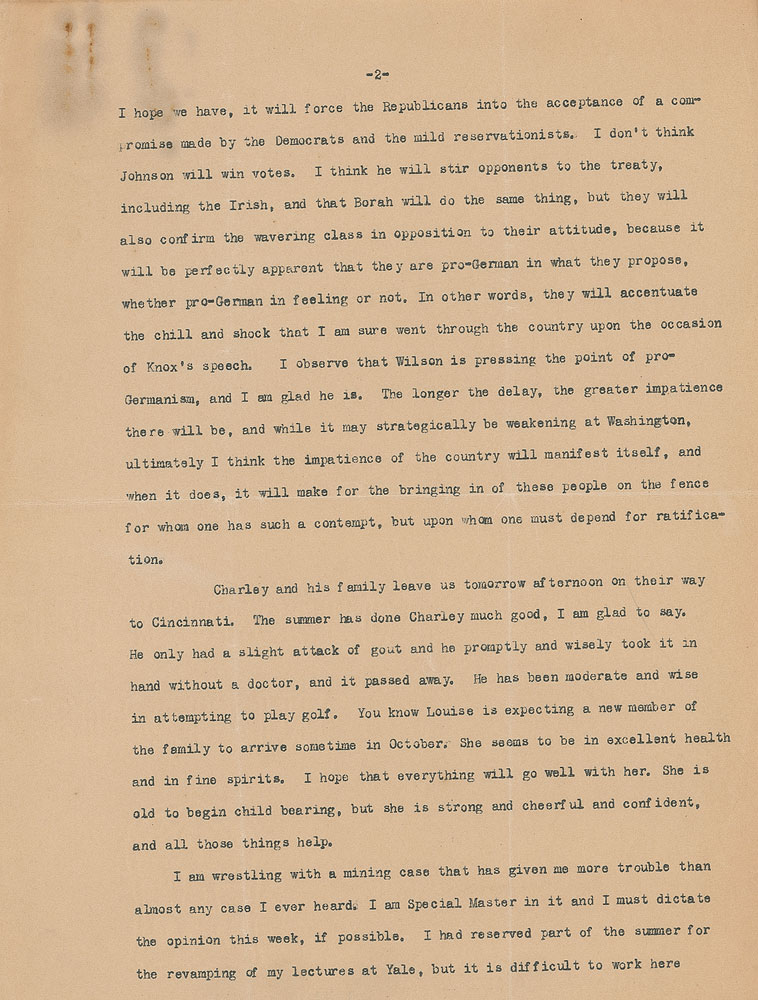 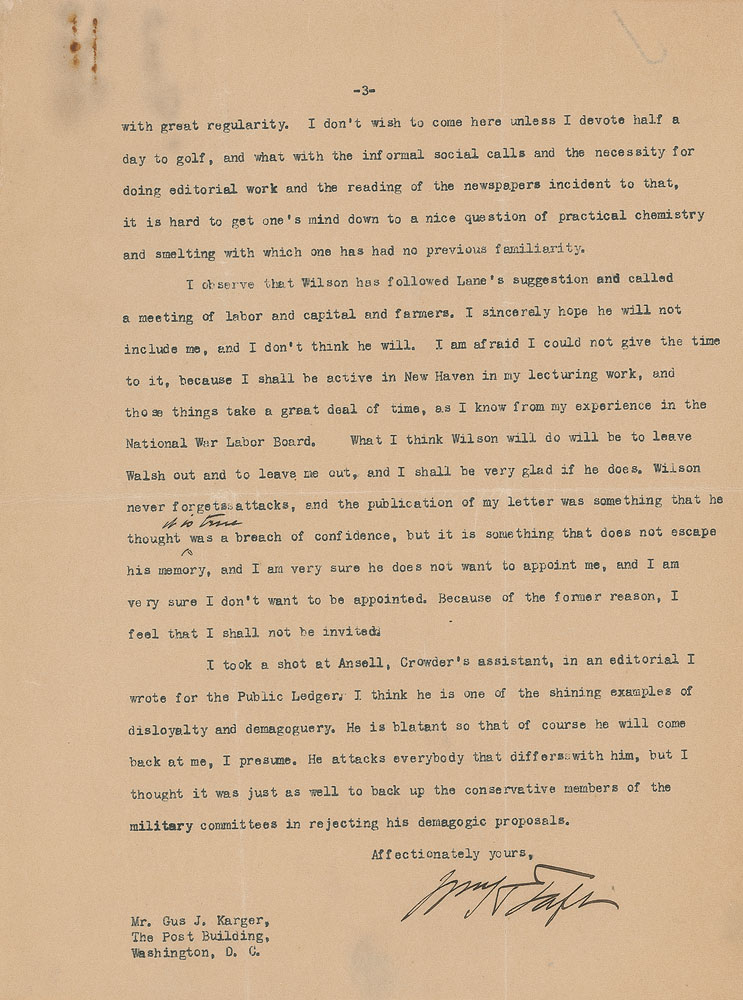 TLS signed “Wm. H. Taft,” three pages, 8 x 10.5, personal letterhead, September 10, 1919. Letter to Gus J. Karger. In part: “I have no doubt that Knox drew this second reservation with the distinct purpose of cutting the heart of the League, and that it is just as noxious (no pun intended) as the Shantaug and Fall amendments. It means a rejection of the League…if we have the votes to beat the committee report, as I hope we have, it will force the Republicans into the acceptance of a compromise made by the Democrats and the mild reservationists. I don't think Johnson will win votes. I think he will stir opponents to the treaty, including the Irish and that Borah will do the same thing…it will be perfectly apparent that they are pro-German in what they propose, whether pro-German in feeling or not.” In very good condition, with intersecting folds, toning, and and rusty paperclip marks and a bit of dampstaining to the upper left.

At the conclusion of World War I, Taft and his own organization—the League to Enforce Peace, established in 1915—actively supported and lobbied for President Woodrow Wilson’s proposed League of Nations. With the participation of 44 nations, it was officially established via the Treaty of Versailles on June 28, 1919. Despite this wide international success and influential bipartisan support—led by the former president Taft, a Republican, and President Wilson, a Democrat—the United States never joined, primarily due to opposition in the Senate. One main figure in this opposition was Republican Majority Leader Henry Cabot Lodge, who penned twelve 'reservations' regarding the treaty with the assistance of Pennsylvania Senator Philander Chase Knox. Taft believed the symbolic membership in the League was more important than the exact nature of the organization, and so supported the measure when Lodge brought it up for a vote on November 19. Many of Lodge's Republicans were against it to begin with, and many Democrats were upset by the compromises made in the newly adopted reservations, preferring Wilson's original plan. As a result, both of these groups voted against joining the League of Nations, effectively ending the possibility of US affiliation. A letter with terrific content in anticipation of this historic vote. Pre-certified John Reznikoff/PSA/DNA and RR Auction COA.