“Who will be President is uncertain. The votes for Jefferson & Burr are equal” 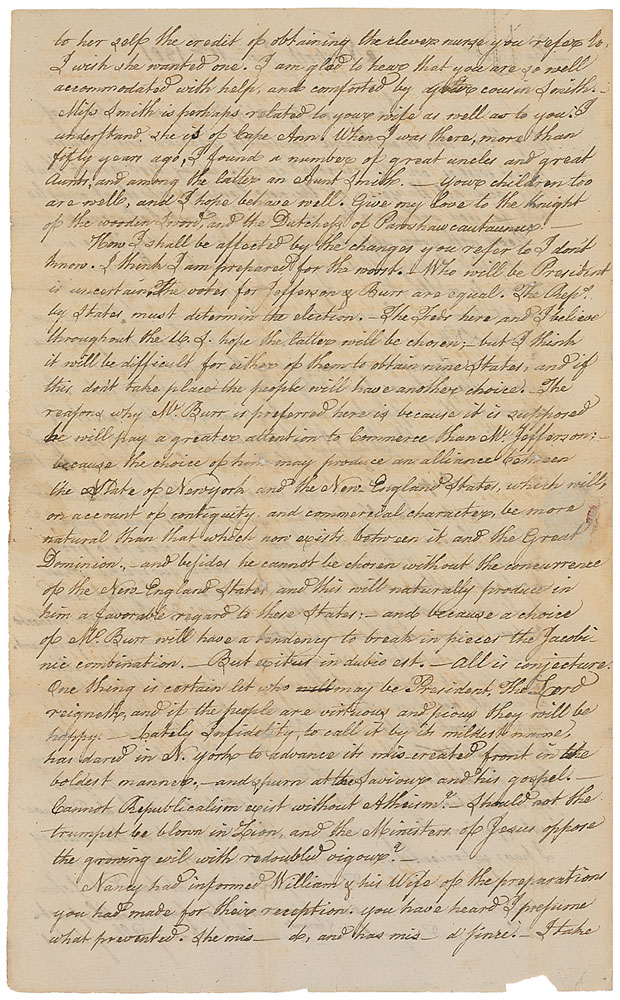 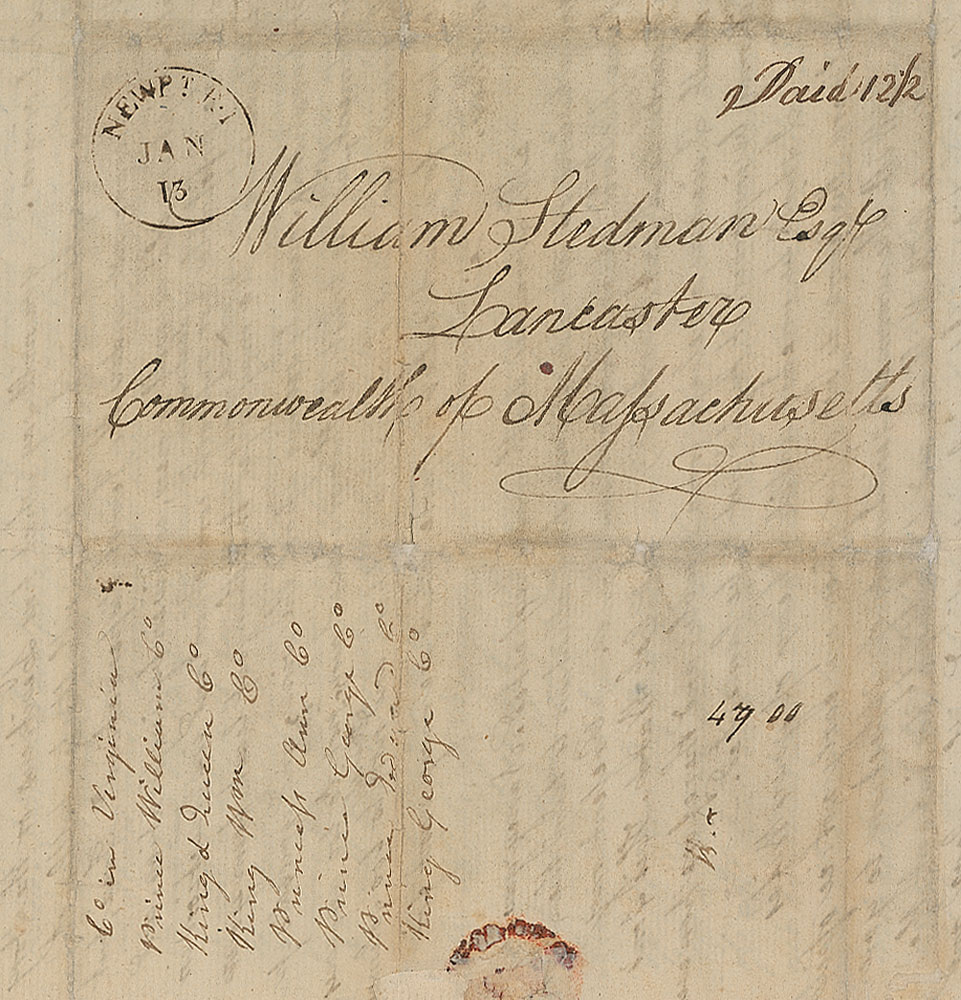 “Who will be President is uncertain. The votes for Jefferson & Burr are equal”

ALS signed “W. Ellery,” three pages on two adjoining sheets, 7.25 x 12, January 11, 1801. Letter to William Stedman of Massachusetts. In part: “Who will be President is uncertain. The votes for Jefferson & Burr are equal. The Rep's by States must determine the election. The Feds here and I believe throughout the U.S. hope the latter will be chosen;—but I think it will be difficult for either of them to obtain nine States, and if this don't take place the people will have another choice. The reasons why Mr. Burr is preferred here is because it is supposed he will pay a greater attention to Commerce than Mr. Jefferson; because the choice of his may produce an alliance between the State of New York and the New England States, which will on account of contiguity and commercial characters be more natural than that which now exists between it and the Great Dominion, and besides he cannot be chosen without the concurrence of the New England States, and this will naturally produce in him a favorable regard to these States...But exitus in dubio est.—All is conjecture. One thing is certain let who may be President, the Lord reigneth, and if the people are virtuous and pious they will be happy.” In very good condition, with tape-repaired separations to intersecting folds (some affecting the writing), and a few small edge tears.

As the votes were counted in the presidential election of 1800, a major flaw of the Constitution took center stage, inadvertently leaving the country without a winner for several weeks. As it then stood, each elector was authorized to vote for two names for president: the candidate with a majority was elected president, and the runner-up vice-president. To ensure that Jefferson would become president if their party received the majority, the Democratic-Republicans—running Jefferson and Burr against the Federalists Adams and Pinckney—had arranged for one of their electors to abstain from voting for Burr, thereby leaving Jefferson one vote ahead. Unfortunately, the situation was mishandled and each elector voted for both, resulting in a tie of 73 votes each. The tie was then given to vote in the House of Representatives where each state cast one vote. Over the course of seven days, from February 11 to 17, 1801, the House cast 35 ballots to resolve the issue; each time, Jefferson (who had several Federalist nemeses in the House) received eight states, one shy of the necessary majority of nine. Finally, in the 36th vote, he was elected America’s fourth president. This arduous process led to the Twelfth Amendment to the Constitution, which required electors to specifically name their votes for president and vice-president in all future elections. This letter, written by Rhode Island signer William Ellery, captures the uncertainty that permeated the nation during this chaotic time. Hoping for a victory for Burr—who would “pay a greater attention to Commerce” and help bring New England and New York closer together—Ellery nevertheless admits “exitus in dubio est”: the outcome is in doubt. Pre-certified John Reznikoff/PSA/DNA and RR Auction COA.