Excessively rare calculations by the world’s most influential scientist 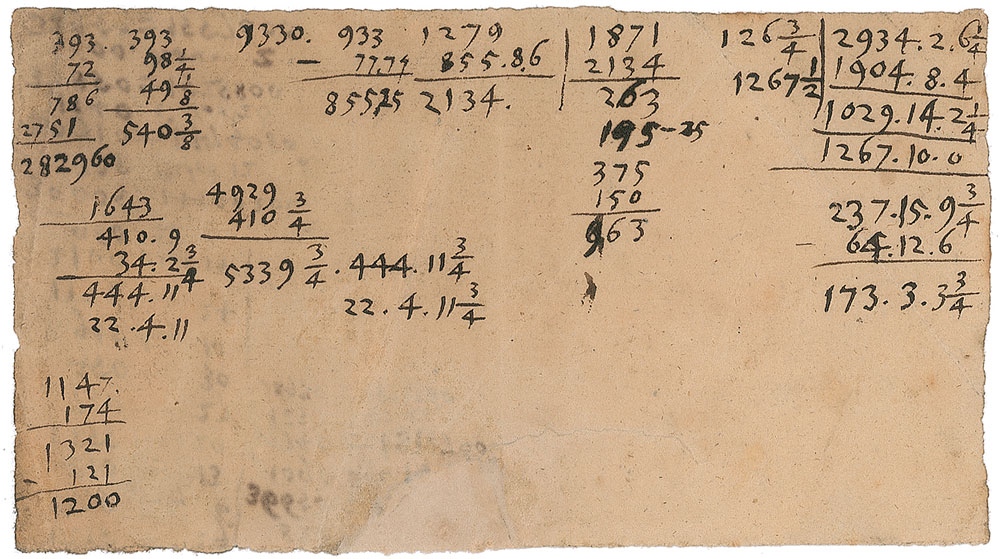 Excessively rare calculations by the world’s most influential scientist

English physicist, mathematician, and astronomer (1643–1727) whose ideas and discoveries, including calculus, the laws of gravitation and motion, and observations on the nature of light and optics, earned him a place among the most profound geniuses in the history of mankind. Numerous calculations in Newton’s hand, one page both sides, 5.5 x 3, no date but circa 1699. Newton performs over a dozen calculations of coinage, being chiefly the addition and subtraction of large sums. He adds a ledger-type table on the reverse, tallying numbers over the course of many months, including "July," "Aug," "Sept," “Octob," "Novem," and "Dec." In very good condition, with scattered soiling and professionally repaired paper loss to the lower edge (affecting a portion of the writing on the reverse).

As one of the greatest figures in science and mathematics, Newton's handwritten calculations such as these are of the utmost desirability. While manuscript fragments on various subjects in the hand of Sir Isaac Newton have turned up occasionally on the market, mathematical notations and numbers in his hand are much rarer than words—this particular example, with the basic operations of adding and subtracting, is notable in that it contains perhaps the only Newtonian calculations that a layman can understand. These calculations of coinage are particularly relevant, as Newton was appointed Master of the Royal Mint in 1699 and applied himself to his new post with great energy, moving the pound to the gold standard. Magnificent in its simplicity, this is one of the most attractive and evocative forms of the very rare autograph of one of history’s greatest geniuses. Pre-certified John Reznikoff/PSA/DNA and RR Auction COA.