"Over 10,000 pieces ranging from Hollywood to the White House—Monroe and Hepburn to Hoover and Taft" 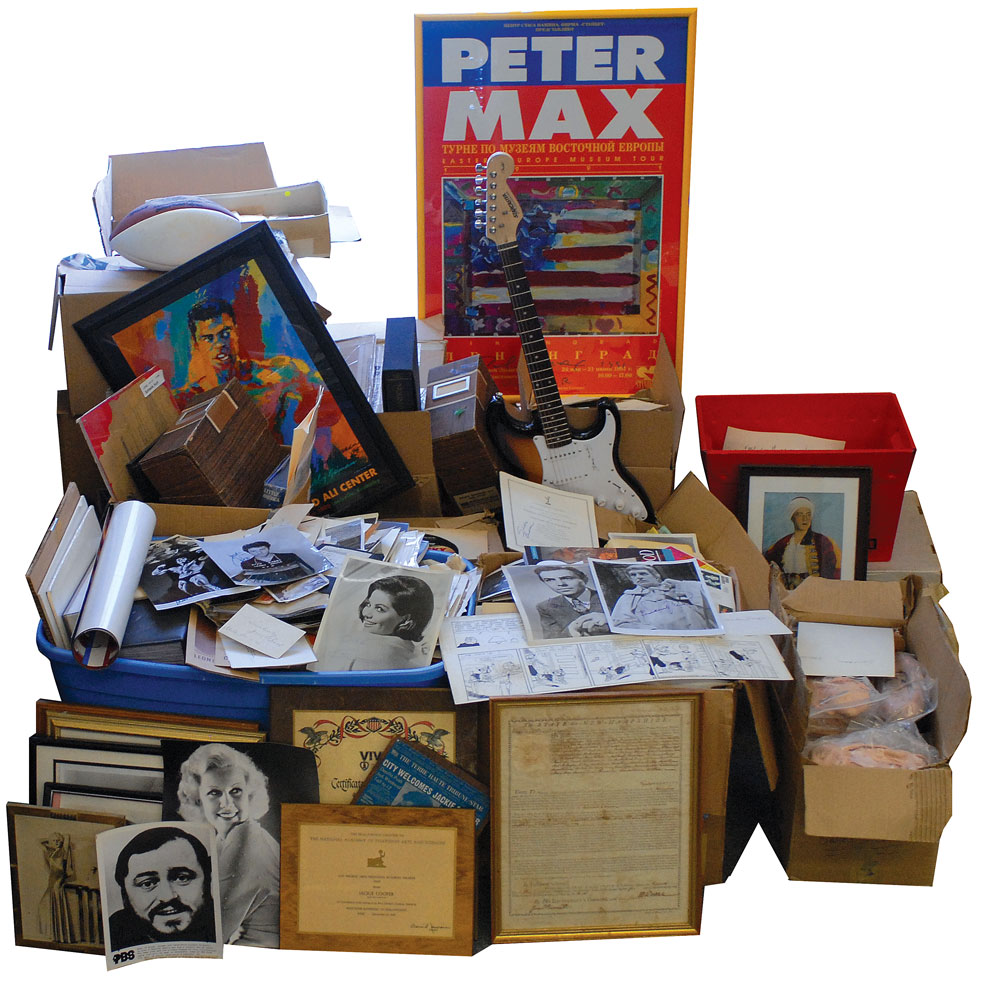 "Over 10,000 pieces ranging from Hollywood to the White House—Monroe and Hepburn to Hoover and Taft"

Enormous collection of over 10,000 items primarily encompassing the fields of entertainment, music, art, ballet, opera, and a smattering of various political, sports, and other notable figures. Collection is comprised of a large variety of formats, including many signed and unsigned photos, album pages and autograph books, letters, documents, books, and other miscellaneous memorabilia; this is contained within more than 10 thick binders, over 20 smaller binders, and a number of large bins and boxes.

Collection rates in overall very good to fine condition. A few secretarial and/or printed signatures may be included as there are thousands of signed items. Due to the enormity of the collection please be advised that extra shipping charges will apply. The sheer overwhelming volume of items precludes a list, and interested parties are strongly advised to view the collection in person at our offices, as this collection is sold as is, and no returns will be accepted. Large collections such as this are seldom offered as a whole, and there are certainly still many discoveries that lie within. RR Auction COA.