One of Dean’s favorite sweaters, borrowed from Jerry’s Tavern in New York, while appearing in The Immoralist, his final stage role 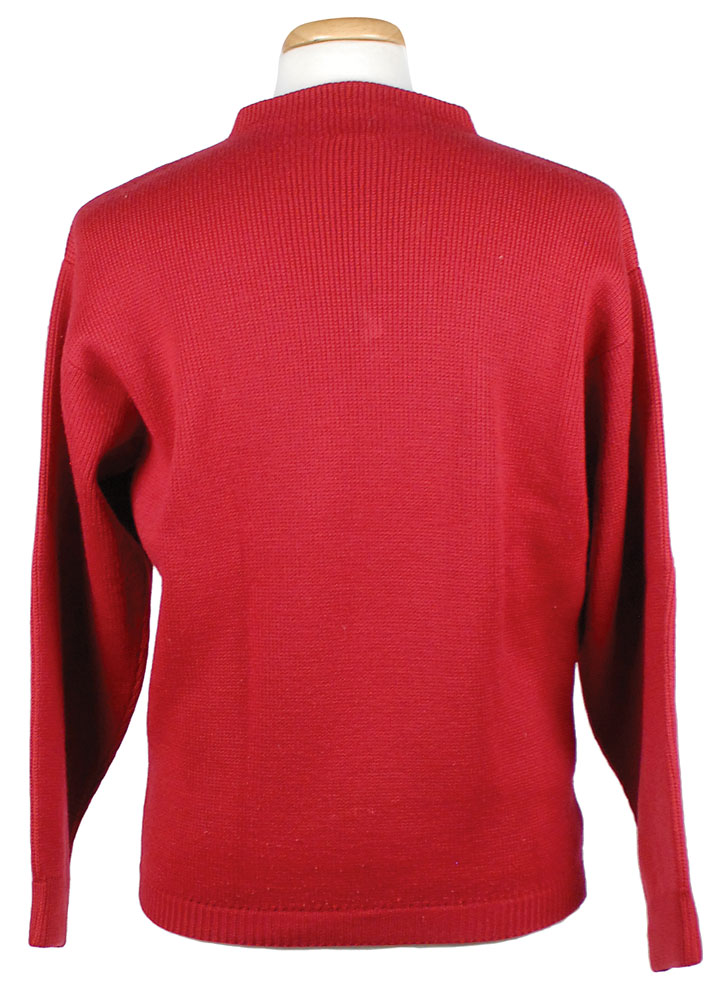 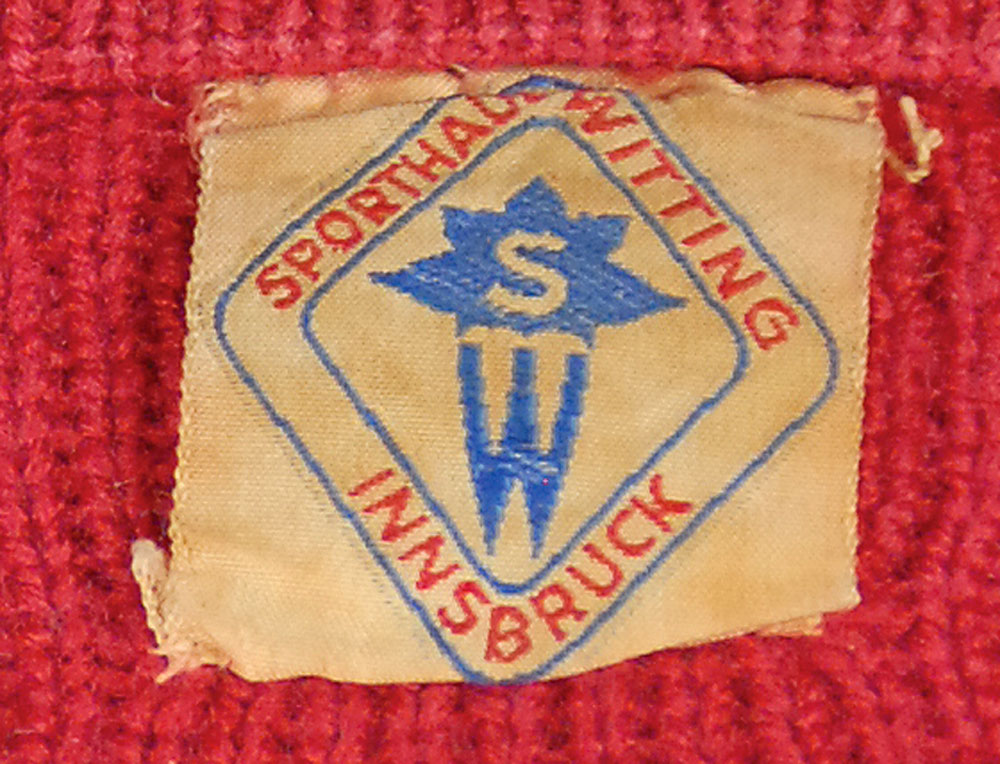 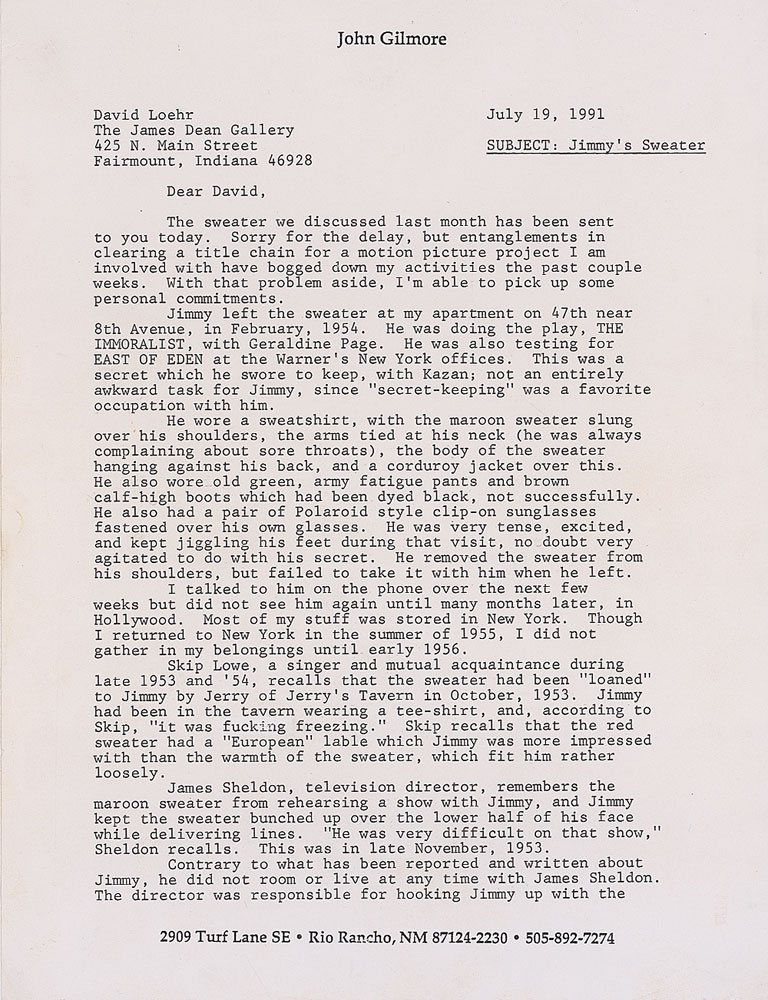 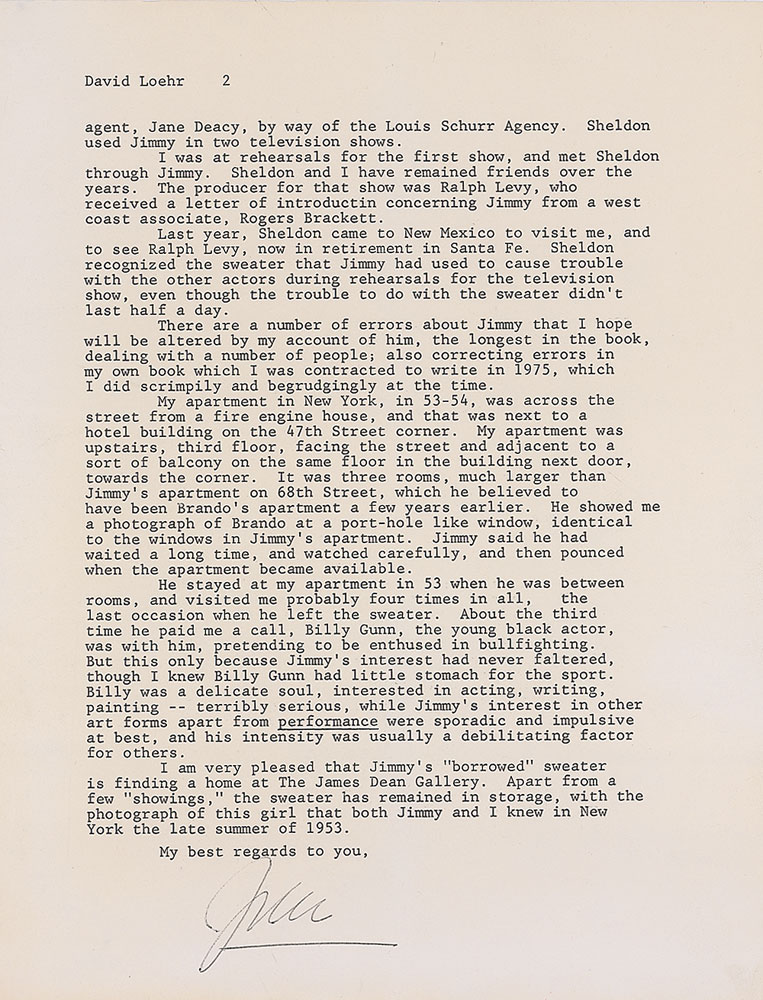 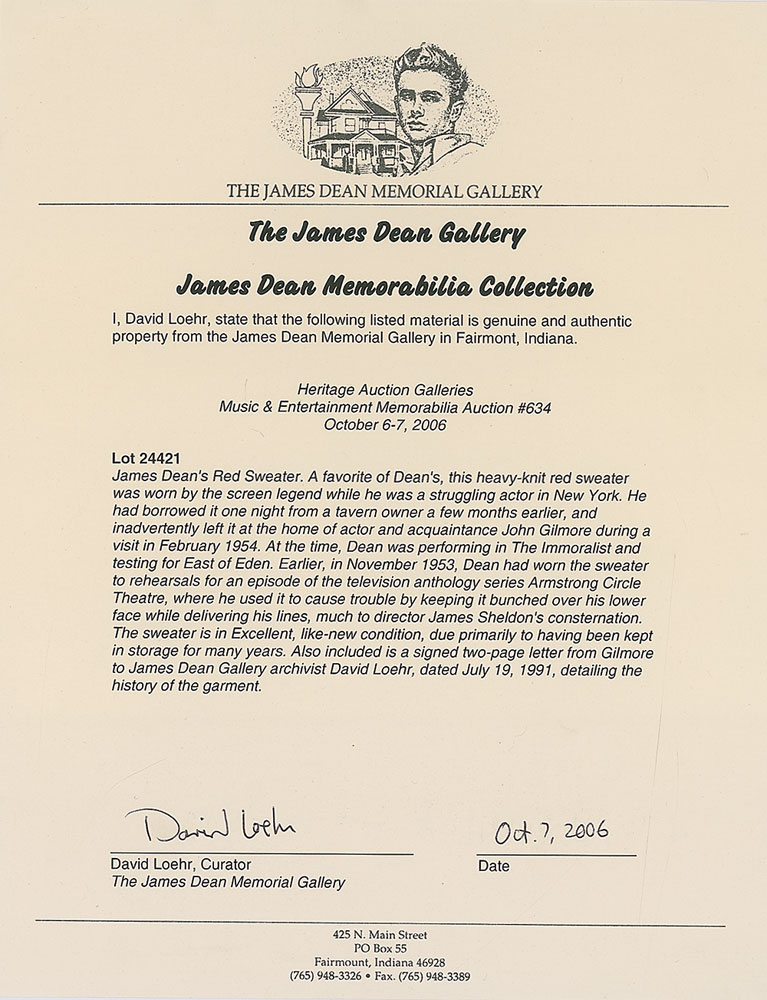 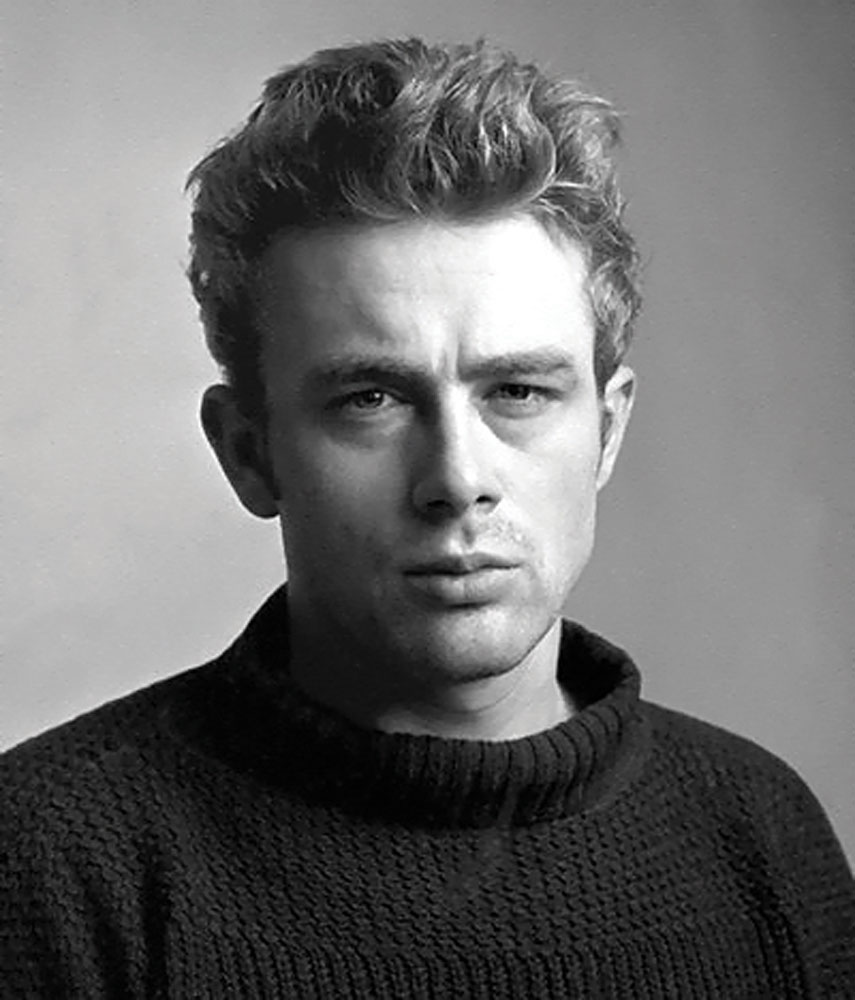 One of Dean’s favorite sweaters, borrowed from Jerry’s Tavern in New York, while appearing in The Immoralist, his final stage role

Dean’s personally-owned and -worn sweater. Red heavy knit crew neck sweater has a Sporthaus Witting Innsbruck label sewn into the collar. Accompanied by a letter of authenticity from David Loehr, curator of the James Dean Memorial Gallery which reads, in part: “This…sweater was worn by the screen legend while a struggling actor in New York. He had borrowed it one night from a tavern owner a few months earlier, and inadvertently left it at the home of actor and acquaintance John Gilmore during a visit in February 1954. At the time, Dean was performing in The Immoralist and testing for East of Eden. Earlier, in November 1953, Dean had worn the sweater to rehearsals for an episode of the television anthology series Armstrong Circle Theatre, where he used it to cause trouble by keeping it bunched over his lower face while delivering his lines, much to director James Sheldon’s consternation.” Also included is a two-page letter of provenance from John Gilmore, which reads, in part: “Jimmy left the sweater at my apartment…in February, 1954. He was doing the play, The Immoralist, with Geraldine Page. He was also testing for East of Eden at Warner’s New York offices. This was a secret he swore to keep, with Kazan; not an entirely awkward task for Jimmy, since ‘secret-keeping’ was a favorite occupation with him. He wore a sweatshirt, with a maroon sweater slung over his shoulders, the arms tied at his neck…He was very tense, excited, and kept jiggling his feet during that visit, no doubt very agitated to do with his secret. He removed the sweater from his shoulders, but failed to take it with him when he left…Skip Lowe, a singer and mutual acquaintance…recalls the sweater had been ‘loaned’ to Jimmy by Jerry of Jerry’s Tavern in October 1953. Jimmy had been in the tavern wearing a tee-shirt, and according to Skip, ‘it was [expletive] freezing.’ Skip recalls that the read sweater had a ‘European’ label which Jimmy was more impressed with.”In fine condition.

At this time in his career, Dean was appearing on Broadway in The Immoralist, starring Louis Jourdan and Geraldine Page. He was cast as Bachir, the Arab houseboy, and garnered favorable reviews from all of the area newspapers for his portrayal. Even though Dean left the production after two weeks, the role brought him to the attention of Elia Kazan, who had begun casting for East of Eden, Dean’s first major film role. RR Auction COA.