Large and meticulous collection of thousands of pieces spanning a lifetime including early movies, Broadway drama and musicals, opera, and much more 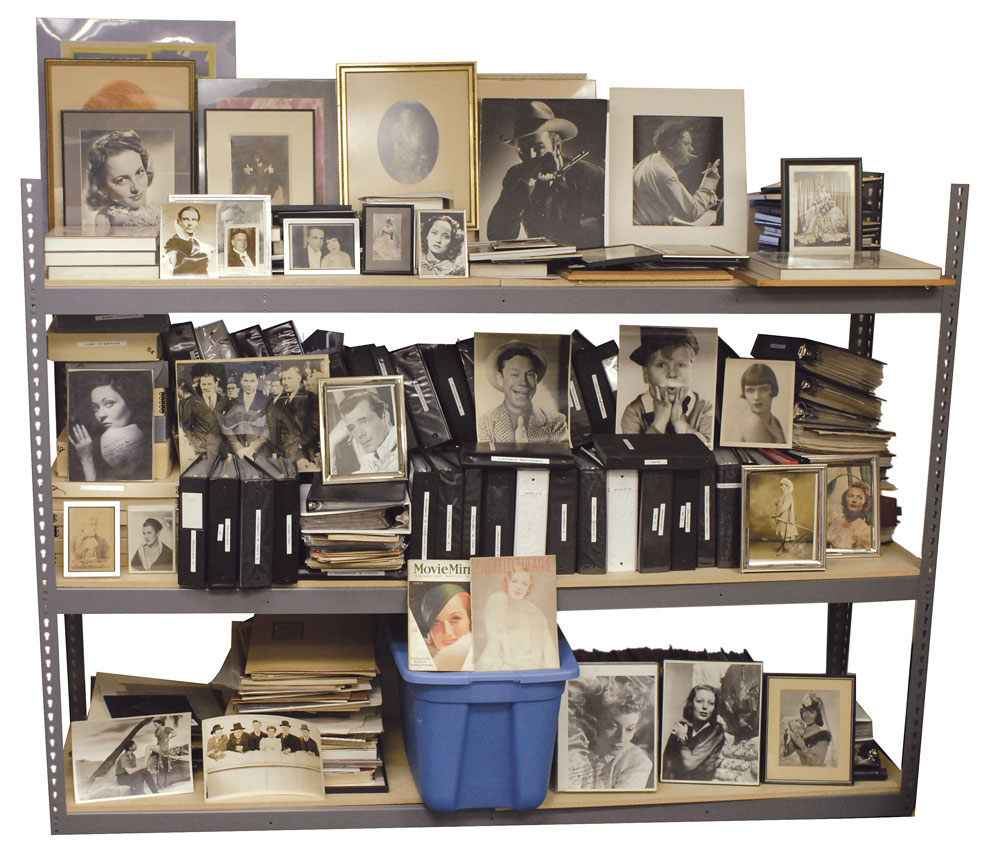 Large and meticulous collection of thousands of pieces spanning a lifetime including early movies, Broadway drama and musicals, opera, and much more

Also included are postcard portraits of stars of the opera and Broadway stage; a copious amount of playbills and programs from various productions including: Gypsy, A Funny Thing Happened on the Way to the Forum, Funny Face, Porgie and Bess, The Gay Divorcee, Anything Goes, and This Is the Army; as well as unsigned portraits by such noted studios as Clarence Sinclair Bull, Vandamm, Mishken, and Richee.

Due to the enormous size of the collection please be advised that extra shipping charges will apply. Also due to the vast number of items, a few secretarial/and or printed signatures may be included. The sheer overwhelming volume of items precludes a list, and interested parties are strongly advised to view the collection in person at our offices, as this collection is sold as is, and no returns will be accepted. Collection rates in overall very good to fine condition. Such painstakingly preserved collections of this size and scope are seldom offered, and with thousands of pieces, there are undoubtedly still many discoveries that lie within. RR Auction COA.