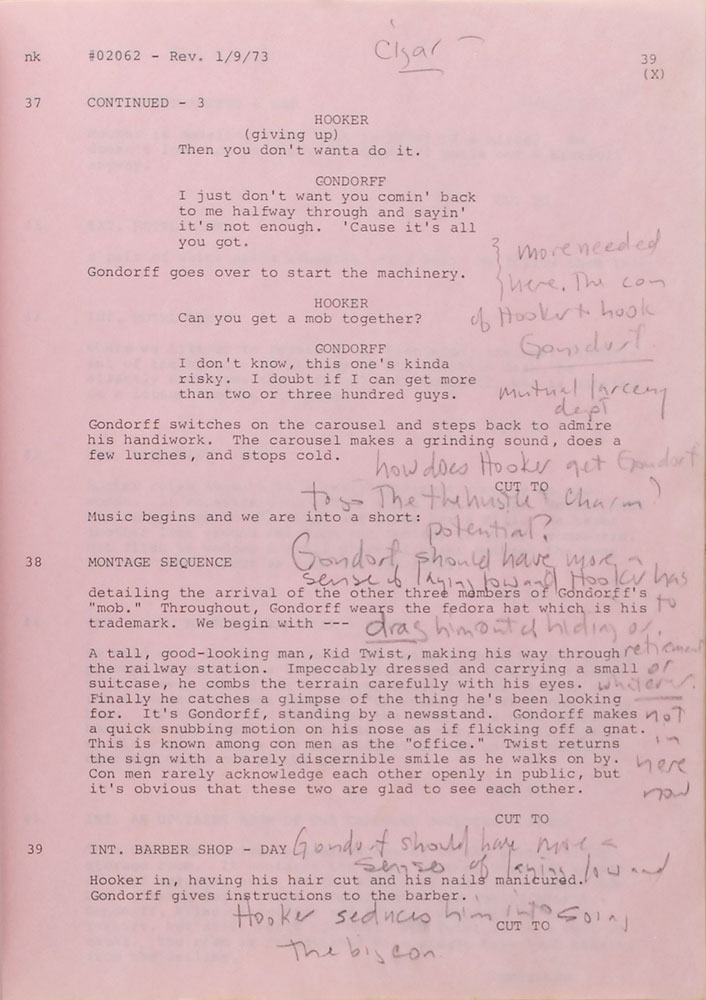 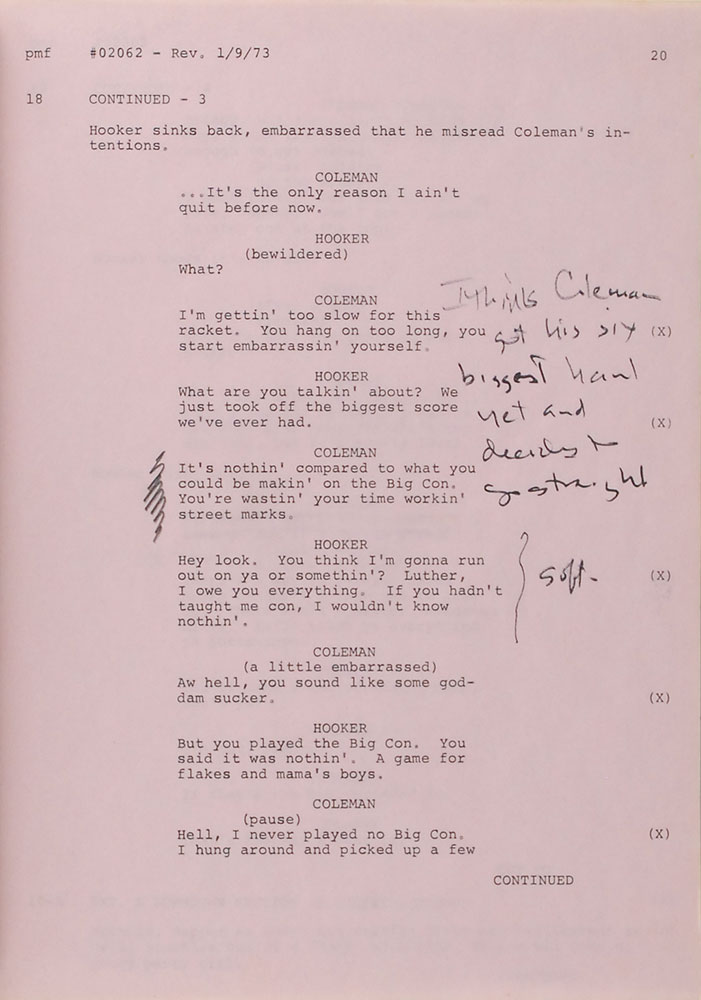 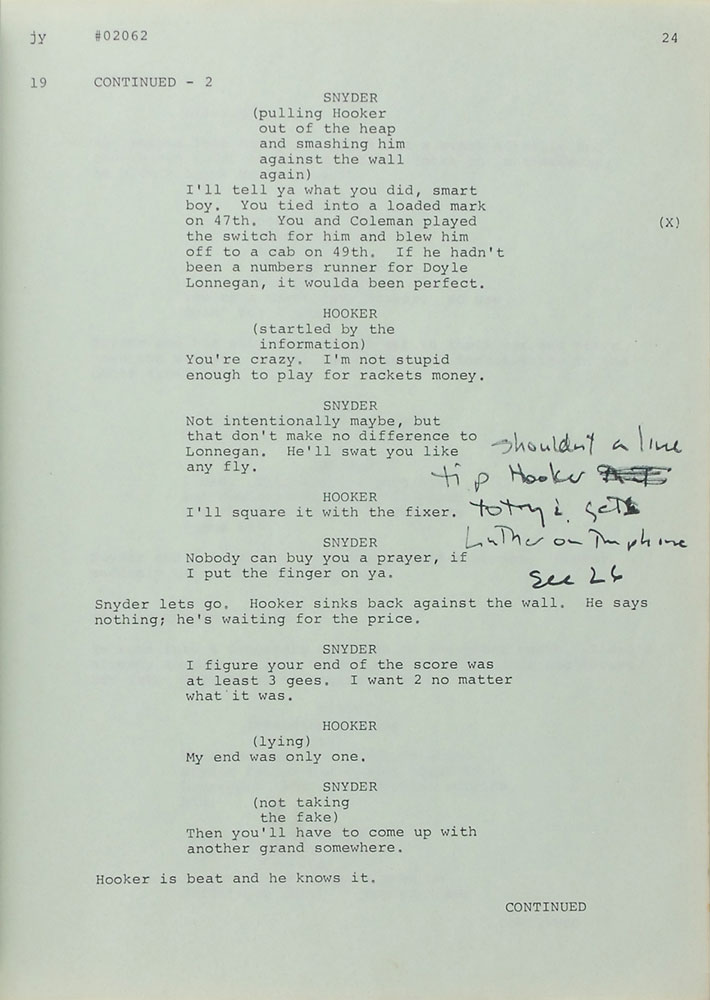 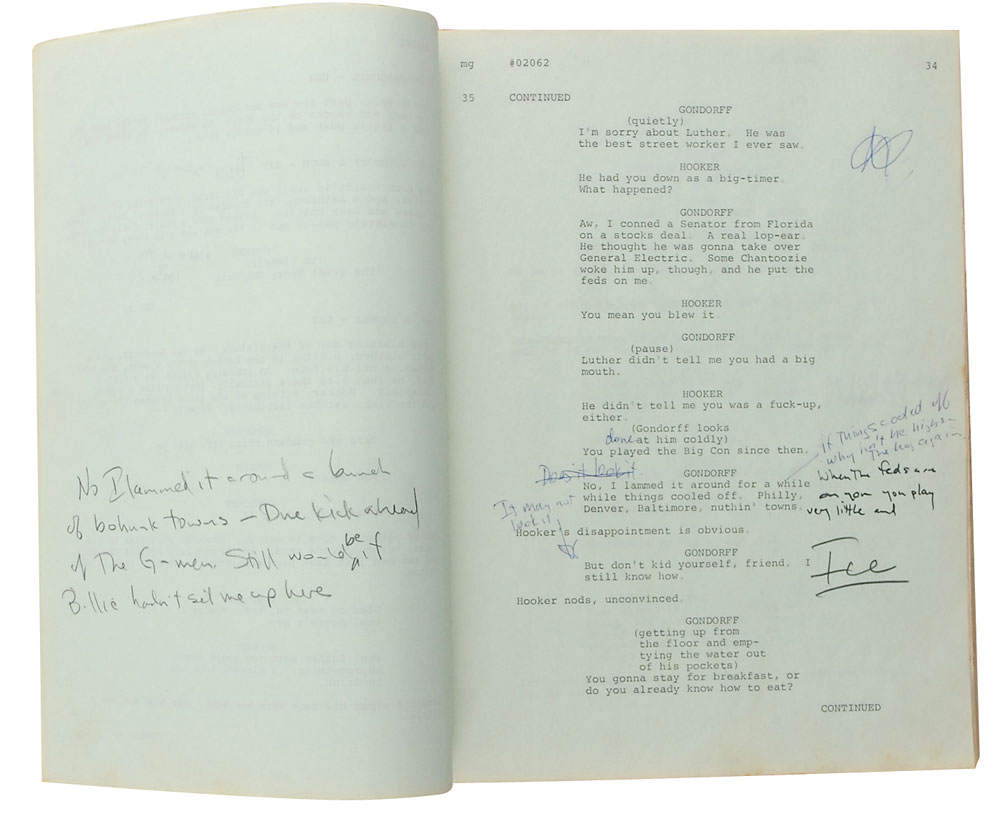 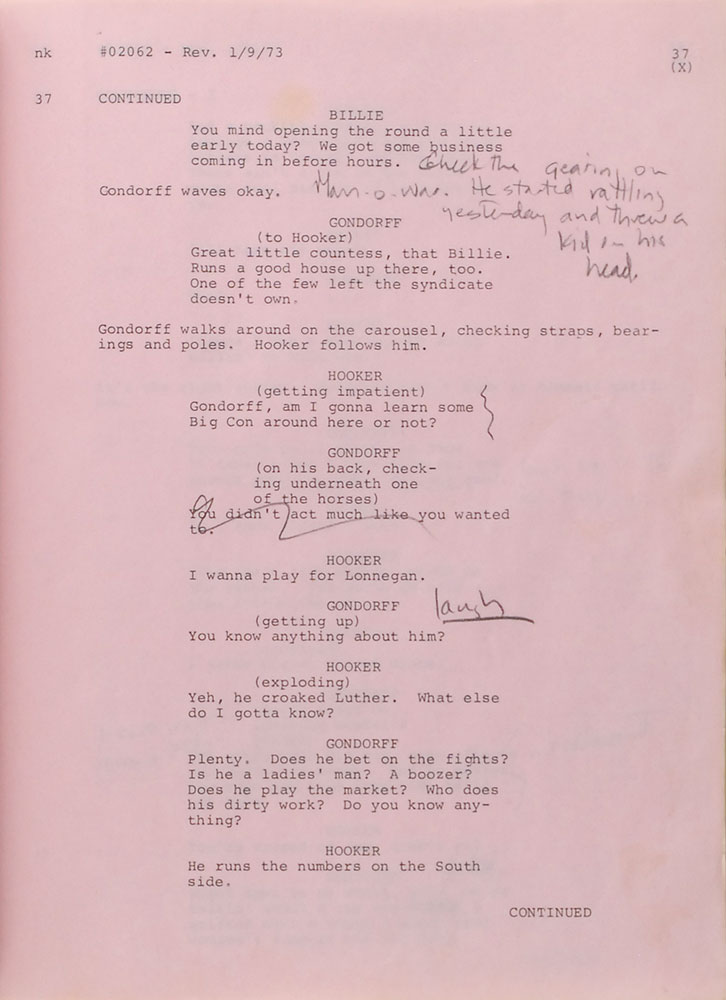 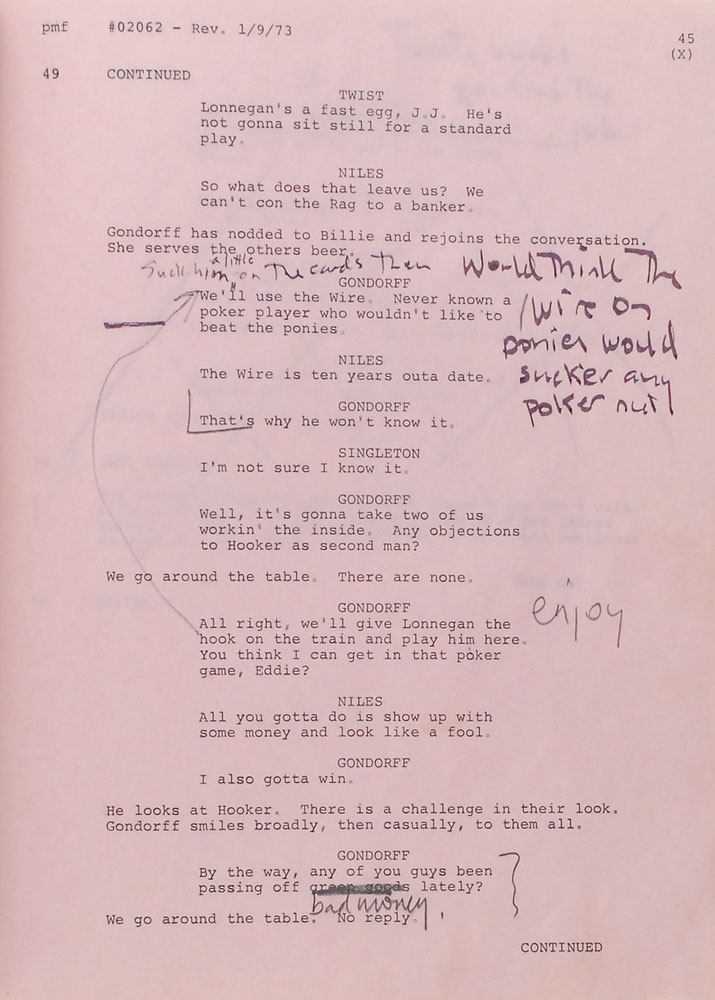 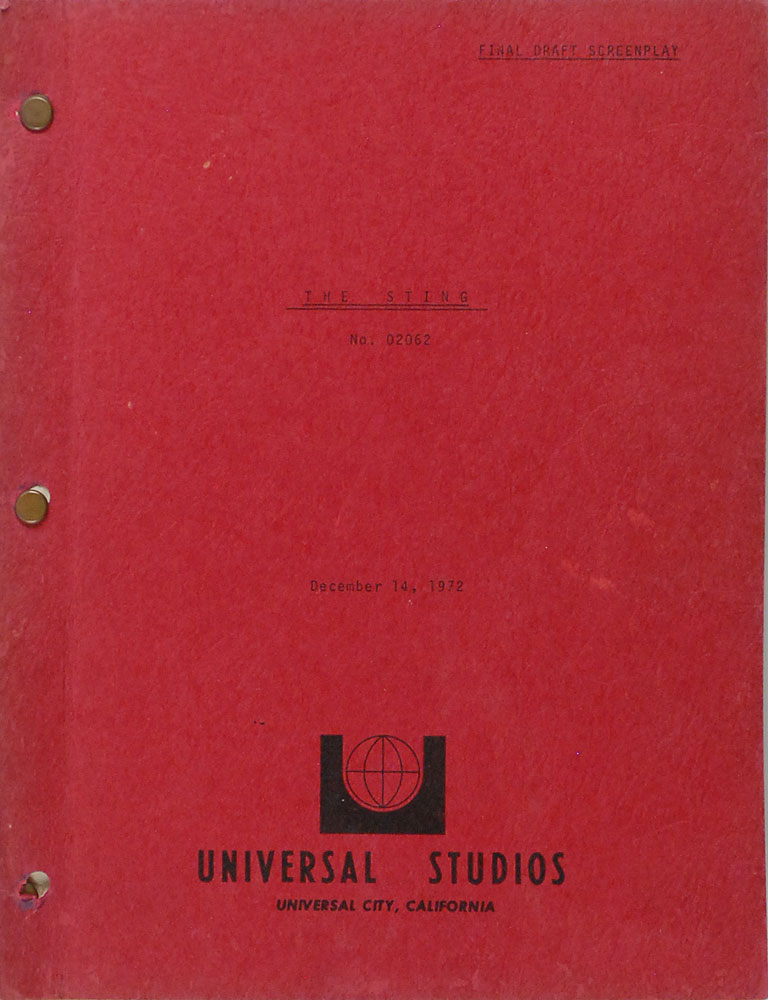 Newman’s working script for the 1973 film The Sting, 8.5 x 11, 129 pages, labeled on the front cover, “Final Draft Screenplay / The Sting / No. 02062 / December 14, 1972,” with the Universal Studios logo below. Script is notated throughout by Newman on approximately 35 pages, with a few of his questions about the plot jotted down on the final page, reading: “Pg 14, 20, 26, 27. Work on the cards. Did Lonnigan ever pay Gondorff the fifteen grand? Evelyn Woods. Does the whole Loretta stuff work—gunman, etc.” Commenting on a scene within the script, he comments on a character’s actions, “I think Coleman got his six biggest haul yet and decides to go straight,” and criticizes some of the dialogue as “soft.” He again offers an idea on page 26, adding, "Shouldn't a line tip Hooker to try & get Luther on the phone, see 26." On the reverse of another page, he comments at length: "No I lammed it around a bunch of bohunk towns—Due kick ahead of the G-men. Still would be if Billie hadn't set me up here." Later on, he adds a direction after one of his pieces of dialogue—"Laugh," emphatically underlining it below. On one of the most interesting pages, he questions the motivations of his character multiple times: "More needed here. The con of Hooker & hook Gondorf…how does Hooker get Gondorf to go the the [sic] hustle? Charm? Potential? Gondorf should have more a sense if laying low and Hooker has to drag him out of hiding or retirement or whatever. Not in here now. Gondorf should have more a sense of laying low and Hooker seduces him into going the big con." In the scene where they discuss the 'big con' central to the plot, Newman notes next to his dialogue, "No but we can sink him with the wire," and "Suck him a little on the cards then would think the wire on ponies would sucker any poker nut." In fine condition, with some expected wear from on-set use such as a few light stains and small tears to a few pages.

One of Newman's most successful pictures, The Sting went on to be nominated for ten Academy Awards, winning seven—including Best Picture and Best Original Screenplay. Starring Newman as Henry 'Shaw' Gondorff and Robert Redford as Johnny 'Kelly' Hooker, two professional grifters, the film revolves around a complicated plot to con mob boss Doyle Lonnegan, played by Robert Shaw. Most of the notations in this script relate to these three characters, seeking to clear up any questions about their motivations and anticipating potential discrepancies in the plot—an apt demonstration of Newman's thorough dedication to his craft and his quest for excellence. Although the initial script imagined the Gondorff a bit differently—he was older, more burly—screenwriter David S. Ward modified it after Newman expressed interest in the role, tailoring it to his style. Ward later reflected, 'At the end of the day, I knew Newman would just do his thing—and that was better than anything I could come up with.' Pre-certified PSA/DNA and RR Auction COA.