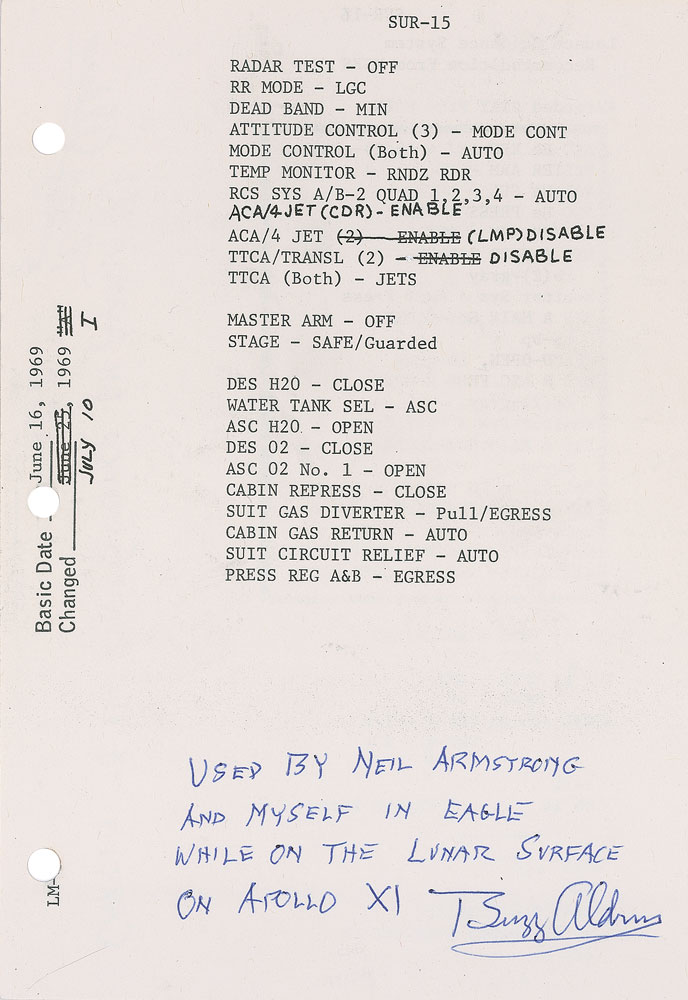 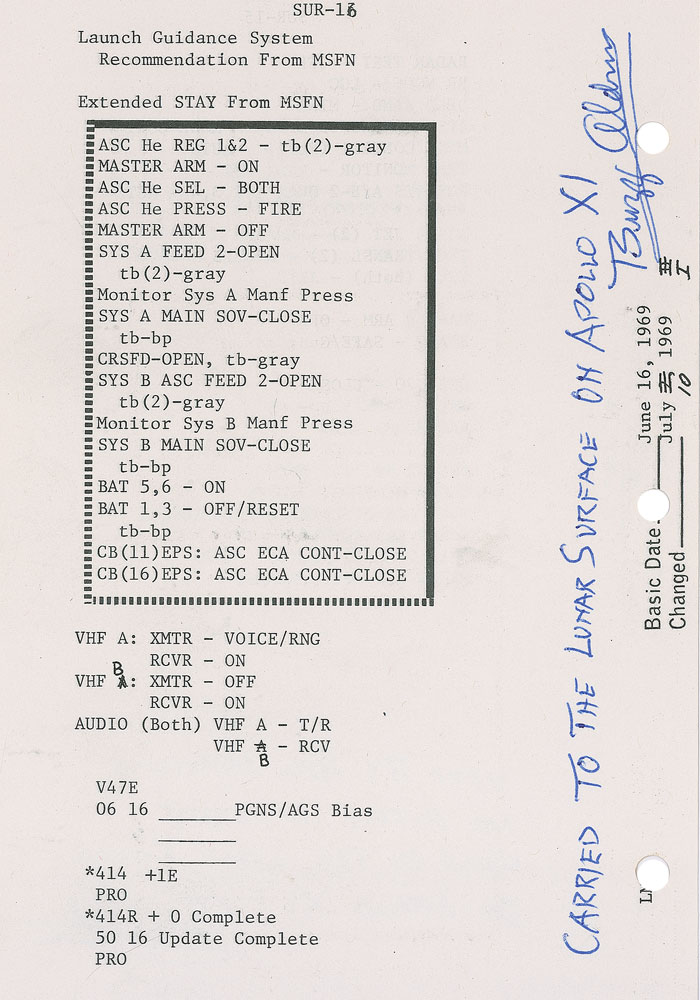 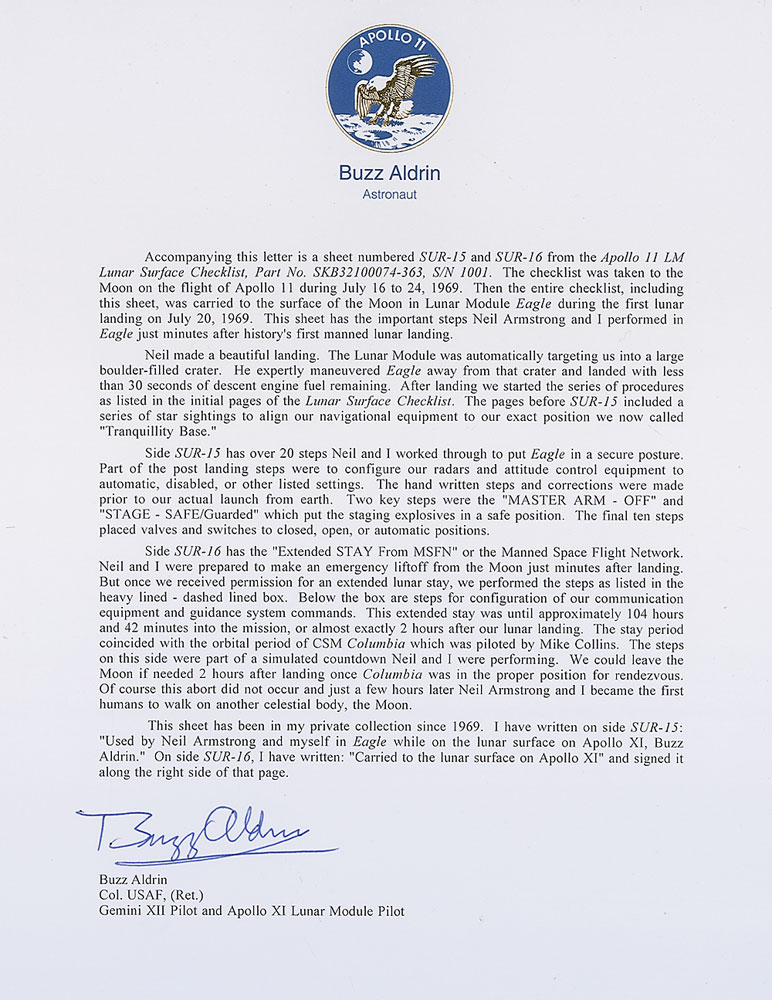 Accompanied by a letter of provenance and explanation signed by Aldrin, which reads, in part: “Accompanying this letter is a sheet numbered SUR-15 and SUR-16 from the Apollo 11 LM Lunar Surface Checklist, Part No. SKB32100074-363, S/N 1001. The checklist was taken to the Moon on the flight of Apollo 11 during July 16 to 24, 1969. Then the entire checklist, including this sheet, was carried to the surface of the Moon in Lunar Module Eagle during the first lunar landing on July 20, 1969. This sheet has the important steps Neil Armstrong and I performed in Eagle just minutes after history's first manned lunar landing…Side SUR-15 has over 20 steps Neil and I worked through to put Eagle in a secure posture. Part of the post landing steps were to configure our radars and attitude control equipment to automatic, disabled, or other listed settings. The hand written steps and corrections were made prior to our actual launch from earth. Two key steps were the ‘MASTER ARM—OFF’ and ‘STAGE—SAFE/Guarded’ which put the staging explosives in a safe position. The final ten steps placed valves and switches to closed, open, or automatic positions. Side SUR-16 has the ‘Extended STAY From MSFN’ or the Manned Space Flight Network, Neil and I were prepared to make an emergency liftoff from the Moon just minutes after landing. But once we received permission for an extended lunar stay, we performed the steps as listed in the heavy lined—dashed lined box. Below the box are steps for configuration of our communication equipment and guidance system commands. This extended stay was until approximately 104 hours and 42 minutes into the mission, or almost exactly 2 hours after our lunar landing. The stay period coincided with the orbital period of CSM Columbia which was piloted by Mike Collins. The steps on this side were part of a simulated countdown Neil and I were performing. We could leave the Moon if needed 2 hours after landing once Columbia was in the proper position for rendezvous. Of course this abort did not occur and just a few hours later Neil Armstrong and I became the first humans to walk on another celestial body, the Moon. This sheet has been in my private collection since 1969.” A critical page detailing procedures for their lunar stay, with the abort commands on the reverse fortunately not needed. Pre-certified Steve Zarelli and RR Auction COA.