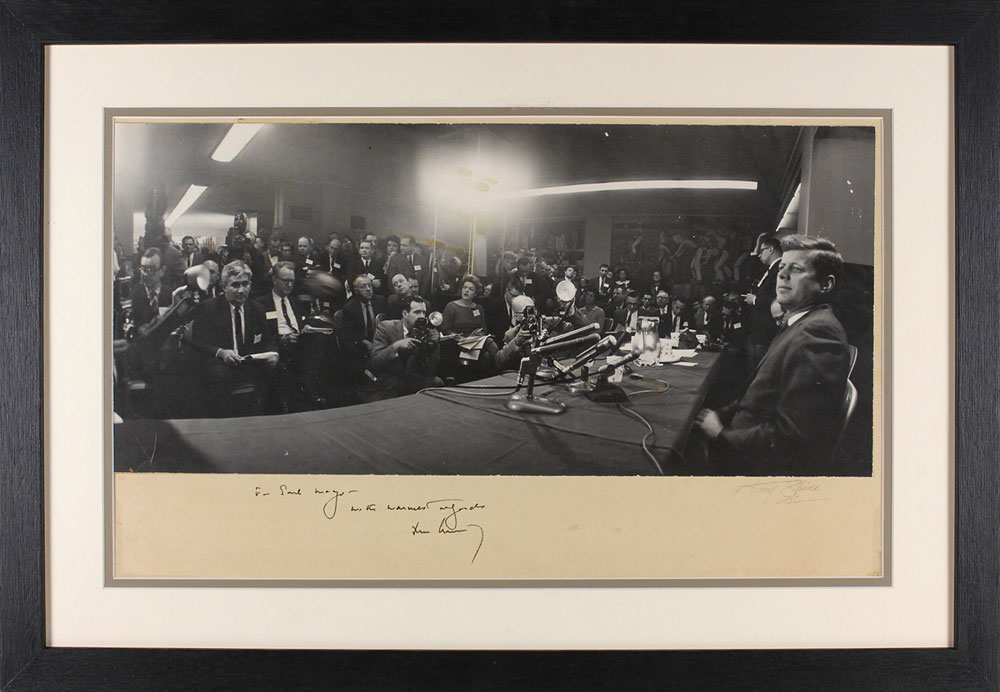 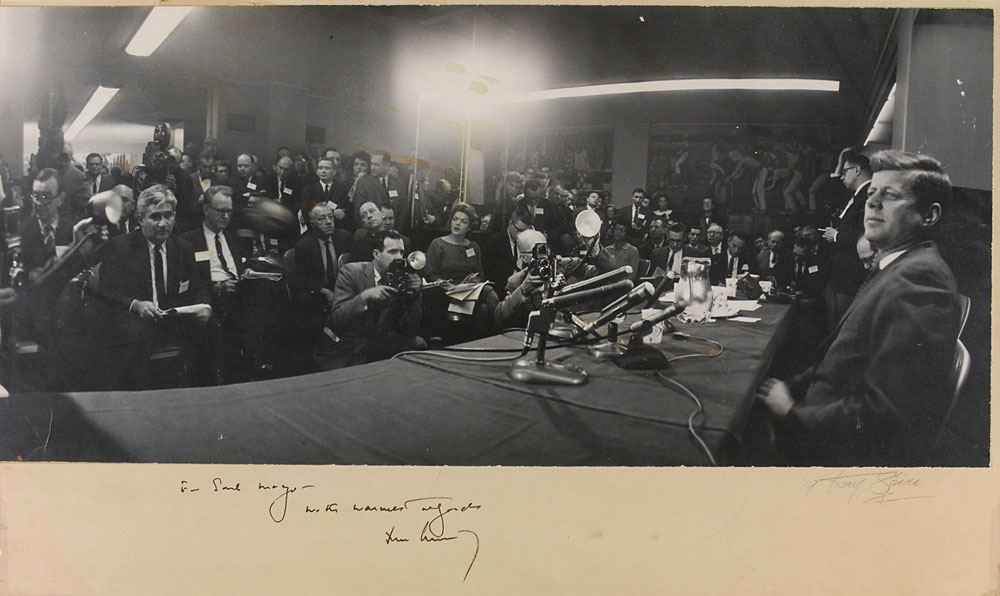 Unusual vintage matte-finish 19.25 x 9 photo by Tony Spina of Senator John Kennedy at a March, 26, 1960 press conference in Detroit, affixed to its original 19.5 x 11.75 mount, signed and inscribed on the mount in black ink to political correspondent and journalist Earl Mazo, "For Earl Mazo-with warmest regards, John Kennedy." Double-matted and framed with Tru-Vue glass to an overall size of 25.5 x 17.75. Some light staining to background at upper portion of image, a few light surface creases, and a bit of light spotting to bottom of mount, otherwise fine condition.

According to archivists at the Walter P. Reuther Library at Wayne University, this remarkable photo was taken on the evening of March 26, 1960, during a brief press conference at the Sheraton Book-Cadillac Hotel in Detroit. Seeking the Democratic nomination for the upcoming presidential election, Kennedy stood out in the Midwestern Democratic Convention; with this photo gracing the front page of The Detroit Free Press the following day, along with the announcement that the party heard the young senator's 'sound call to battle,' he emerged as the clear front-runner heading in to the National Convention. Taken by Putlizer Prize-winning photographer Tony Spina-who would later go on to publish 'This Was the President,' featuring this photo on page 108-this photo shows a striking angle, capturing both the profile of Senator Kennedy and the crowd of journalists before him, reaching for his every word. The inscription to Earl Mazo holds special interest, as it was Mazo (a close contact and biographer of Richard Nixon, show on the left of the photo looking directly into the camera) who went on to spearhead the investigation into the alleged Democratic voter fraud of the 1960 presidential election. A fantastic piece, combining historical importance, visual interest, and a notable recipient. Pre-certified PSA/DNA.