Presenting a first edition of his ‘Socrate’ to the singer who premiered it to the world, complete with corrections in the composer’s hand 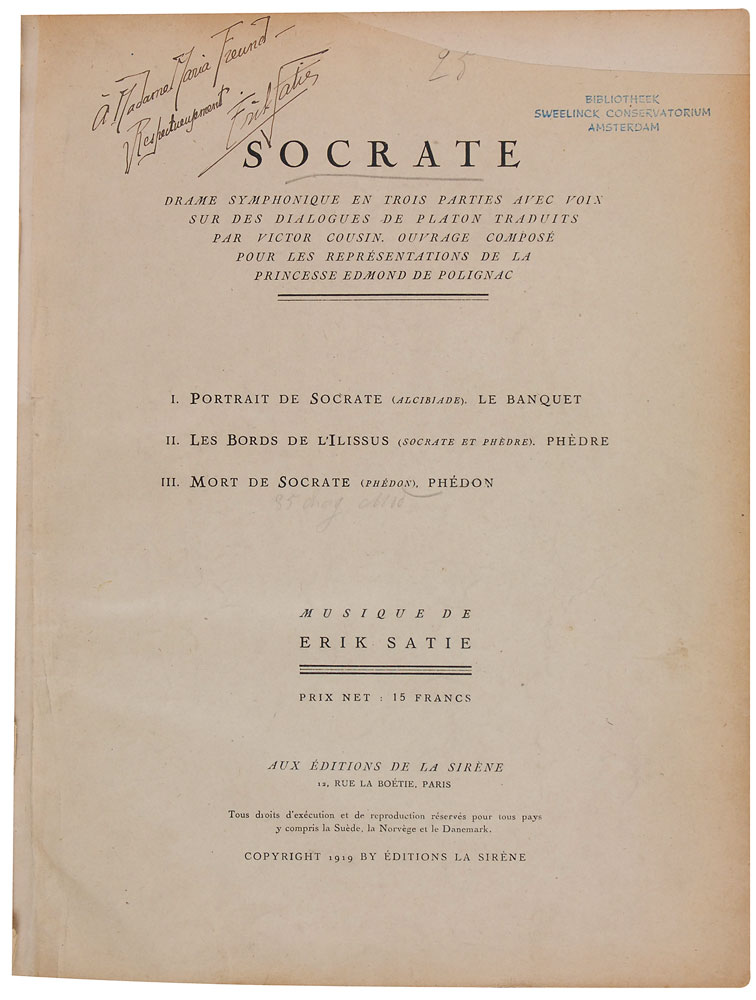 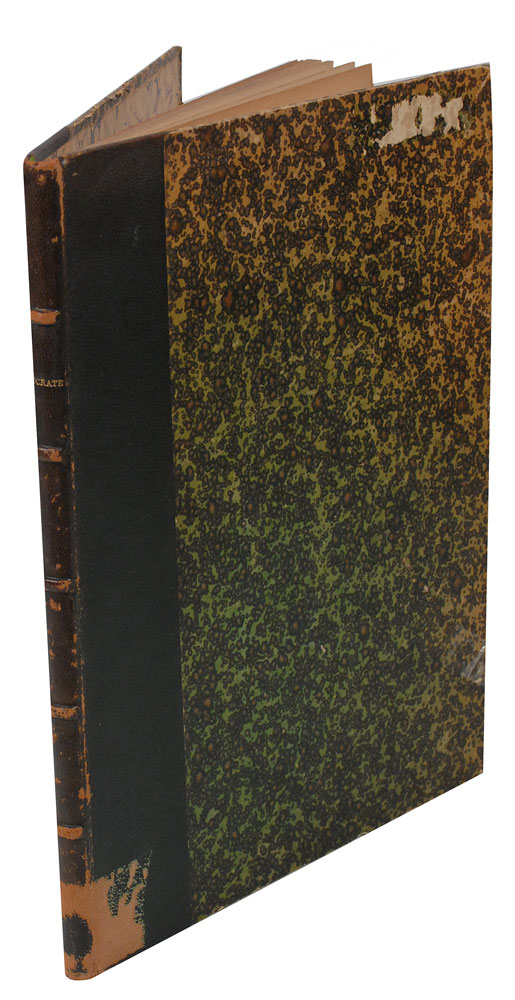 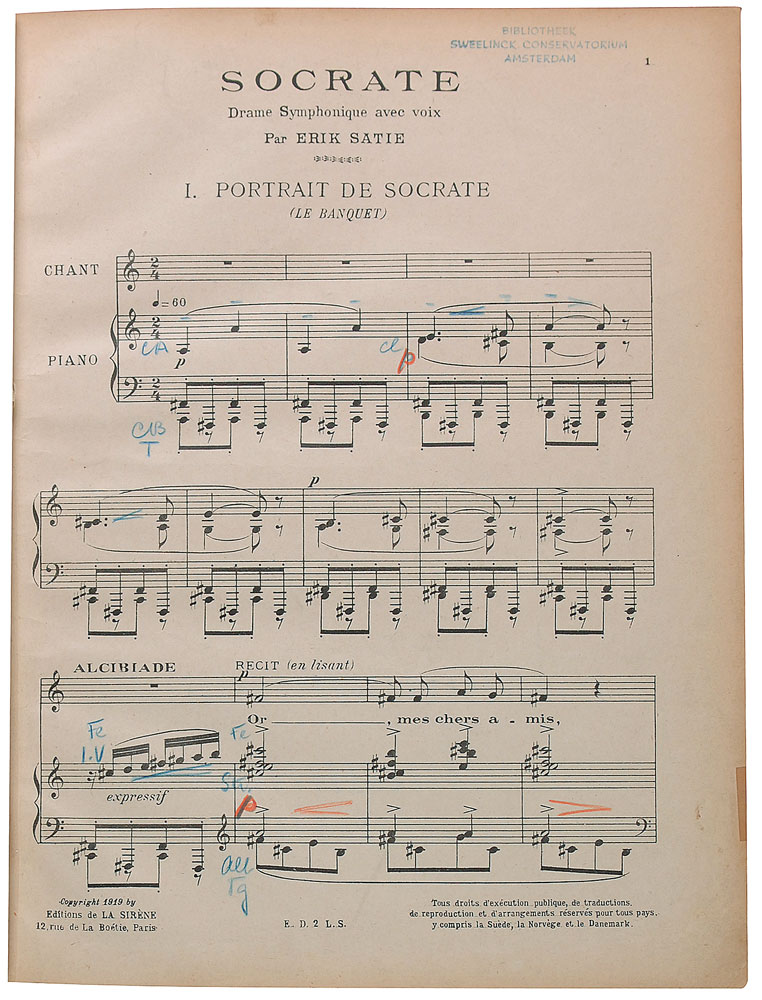 Presenting a first edition of his ‘Socrate’ to the singer who premiered it to the world, complete with corrections in the composer’s hand

Colorful French composer (1866–1925), who was one of the primary influences on the younger generation of avant-garde French composers in the early decades of the 20th-century. Printed hardbound first edition piano/vocal score of ‘Socrate’ by Satie, 9.25 x 12.5, 71 pages. Signed and inscribed on the title page to mezzo-soprano Marya Freund, “A Madame Maria Freund, Respectueusment, Erik Satie.” There are 16 corrections in ink for wrong notes by Satie, as well as a date in his hand, May 1918, on the last page. In addition, there are many notes in blue pencil for instrumentation and in red pencil for dynamics (all done in an unknown hand, possibly that of Willem Mengelberg or the Dutch conductor Jaap Spaanderman), indicating that the score was used in a performance with orchestra. There are also many notations for phrasing in regular pencil, probably done by the singer herself—cresc, rit, mistérieux, large grand, retarder, a tempo, dolcemente, sempre cantando, préparer, intime, and disparato. Autographic condition: very good, with mild toning, a ‘Bibliotheek Sweelinck Conservatorium Amsterdam’ stamp to the signed page, and a portion of the upper edge trimmed, not affecting the signature or inscription. Book condition: VG-/None. Quarter-bound in deep green leather and speckled paper; heavy wear to edges; spine darkened and rubbed; large abrasion across lower portion of spine and surrounding areas, presumably from a removed label; second smaller abrasion to front upper corner; piece of tape over small tear at front fore-edge; remnants of removed label on front pastedown; small ink stamp to second ffep, title-page, and page 1; small tear to first two feps; hinge at title-page neatly re-enforced; textblock yellowed; expected rubbing and soiling. A frequently used but strikingly beautiful book with strong binding: the nature of the mostly superficial flaws—at the hands of the musicians who brought the piece to life—only add to the charm.

Freund gave the world premiere of ‘Socrate,’ with orchestra, in Paris on June 7, 1920. The piece was originally commissioned by Princesse Edmond de Polignac, and Satie designed it as a 'symphonic drama' for four voices, with the text drawn entirely from passages referring to Socrates from Plato's dialogues. The resultant piece was unusually repetitive, tranquil, lucid, and unimpassioned—at the public premiere in 1920, the audience was puzzled and unsure how to react. In years since, 'Socrate' has been much acclaimed and considered by many Satie's greatest achievement. John Cage considered it one of the most significant works ever written, and the piece cast great influence over 20th century art. An exceptional association and unique item—the great avant-garde composer's masterwork presented to its first singer. Pre-certified John Reznikoff/PSA/DNA and RR Auction COA.