Scarce cup and saucer destined for the bottom of the Atlantic 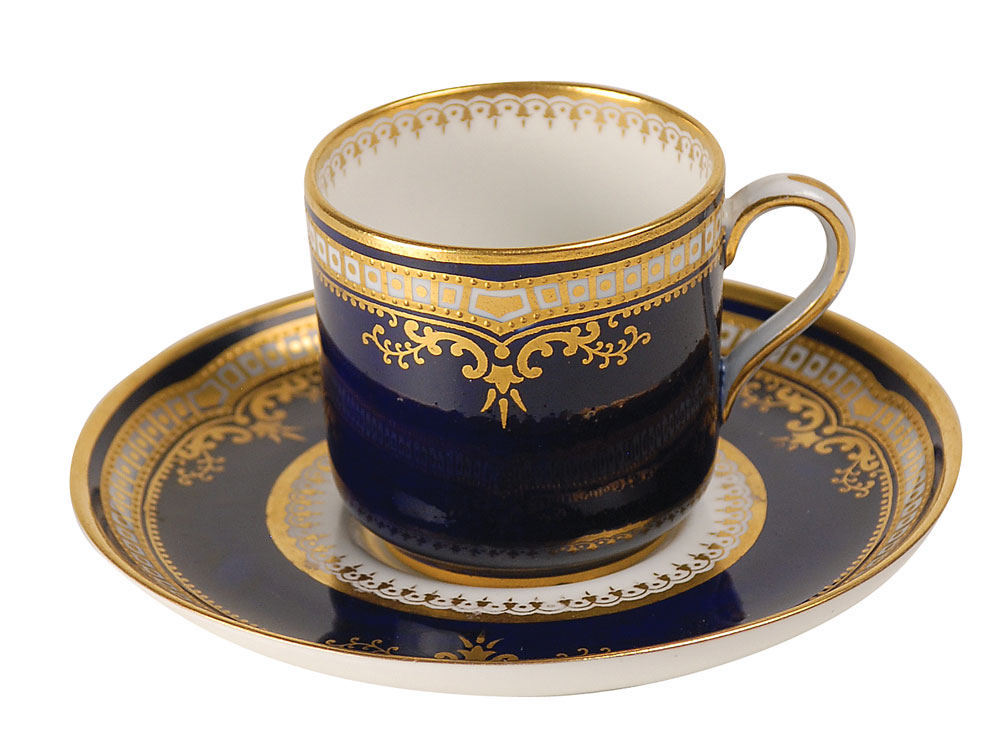 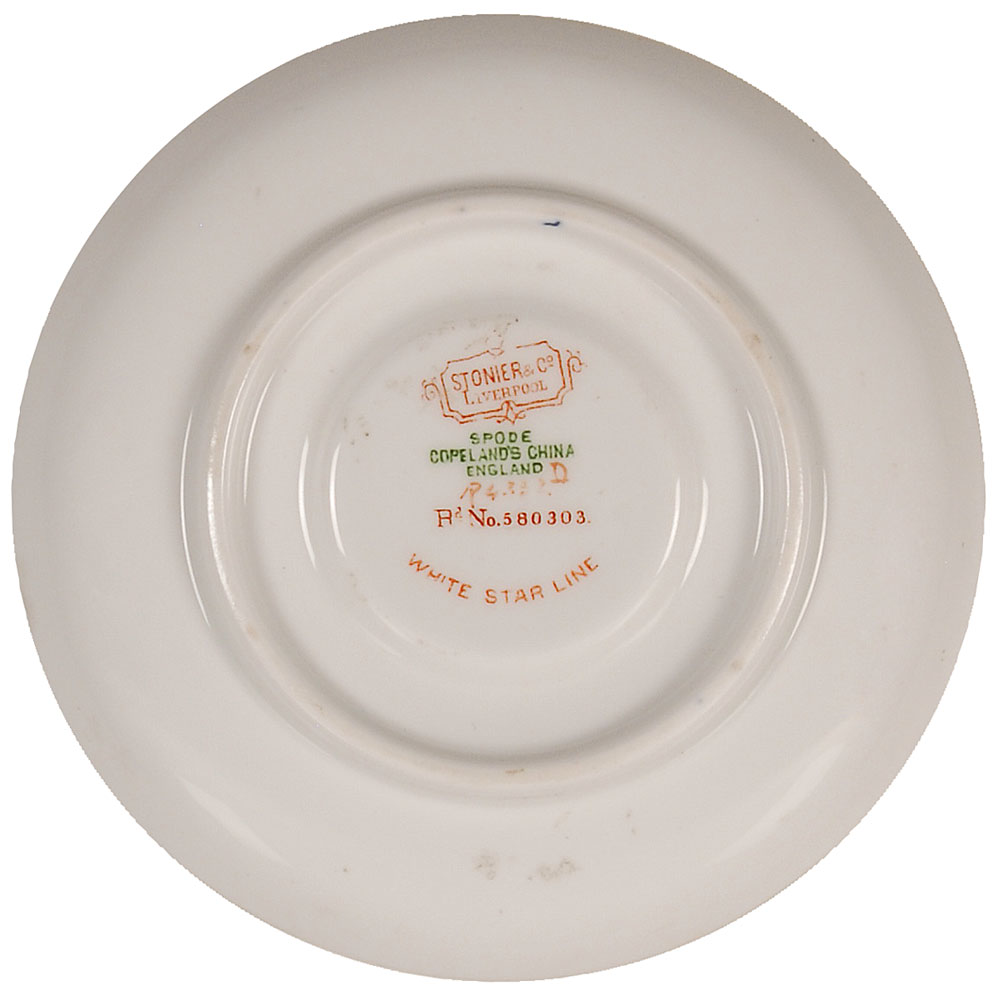 Scarce cup and saucer destined for the bottom of the Atlantic

A stunning cobalt blue demitasse cup and saucer designated for the Titanic. Cup measures 2 x 2.25 and the saucer’s diameter is 4.75. This is an extremely rare set believed to have been destined for the first class a la carte restaurant on-board Titanic. Both the bottom of the saucer is labeled “Stonier & Co. Liverpool, Spode Copeland’s China, England, R4332, Rd No. 580303, White Star Line, ” and bottom of cup is labeled “Rd No. 580303, Spode Copeland’s China, England, White Star Line.”

This pattern is arguably the most opulent design ever featured on any White Star Line china. Similar china bearing the identical registration number was recovered from Titanic’s wreck site in 1987. (See p. 99 Titanic: The Exhibition (Lithograph Publishing Company, 1997). Although the general practice was for china to be interchangeable amongst White Star Line ships, the exquisite pattern of these pieces, coupled with very few similar pieces having surfaced, suggests that that this pattern was reserved for exclusive use on Titanic, possibly in the a la carte restaurant or VIP service. Clearly if it had been used on Titanic’s sister ship Olympic, many more pieces would have surfaced given Olympic’s long career. A similar, yet less opulent and more common pattern of china was assigned Registration No. 4331 and may have been used as limited service aboard Olympic.

The few pieces of this pattern to come to market have been attributed to presentation pieces (ref. Southampton Maritime Museum, Southampton, Hampshire, United Kingdom) or to pieces either from, or destined for use, on Titanic. What is amazing here is that rather than just the saucer or cup, this lot consists of the demitasse cup and saucer set. The interlocking letters “OSNC” on the saucer stand for Oceanic Steam Navigation Company, White Star Line’s parent company. White Star Line was known for its luxurious appointments on board its ships. This china represents the best of the best. The unusually exquisite cobalt blue color is so richly blue it practically leaps from the pattern. This set could easily become the pinnacle of any Titanic collection.