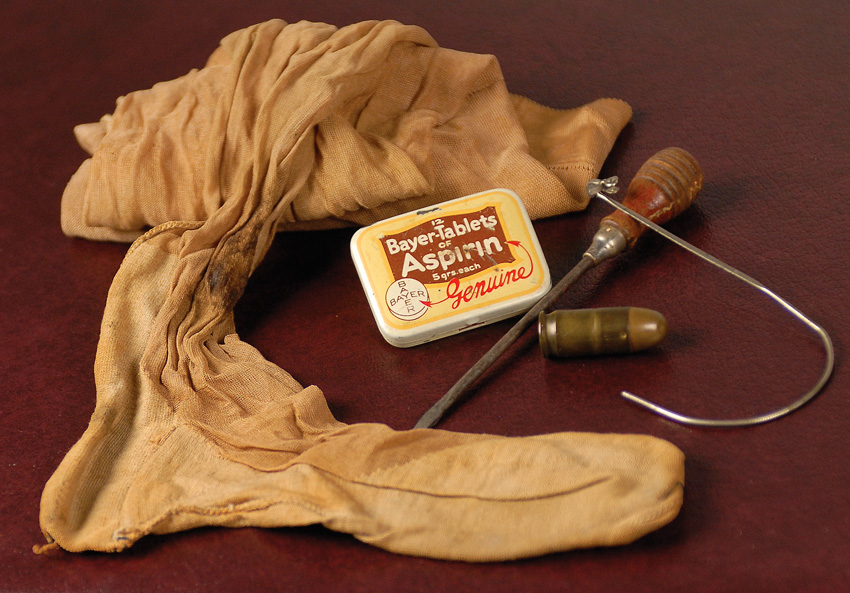 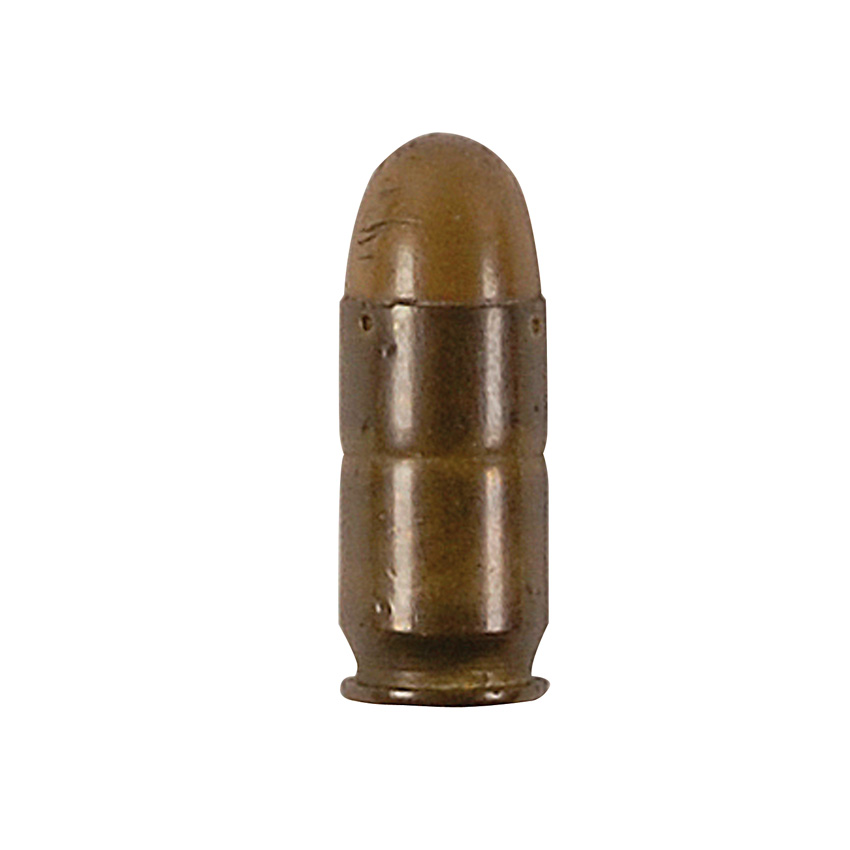 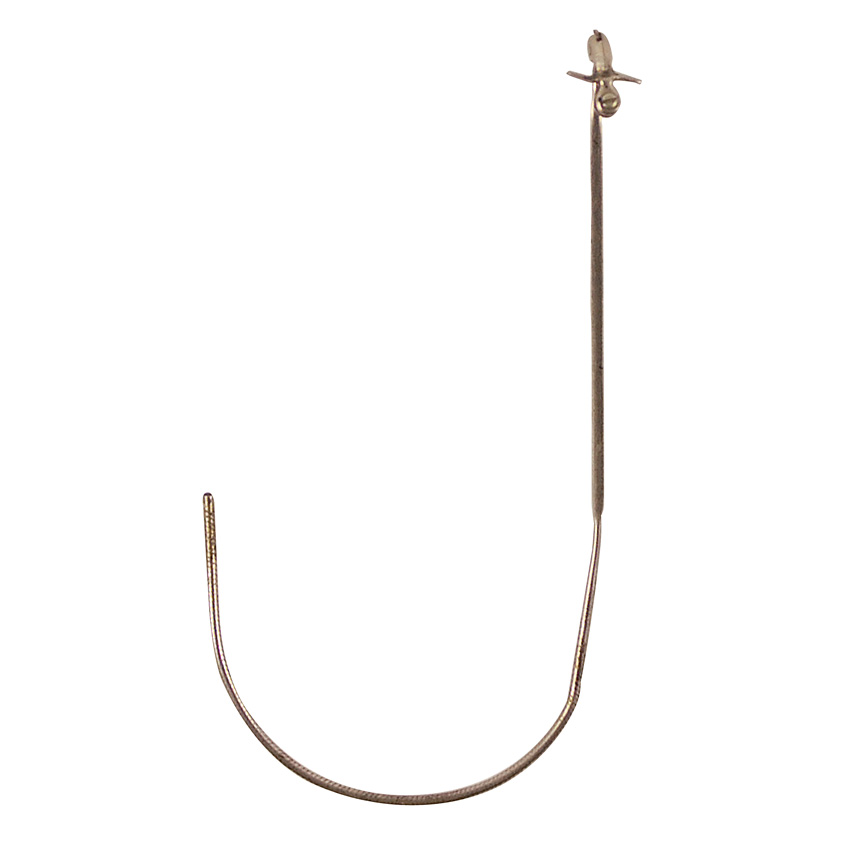 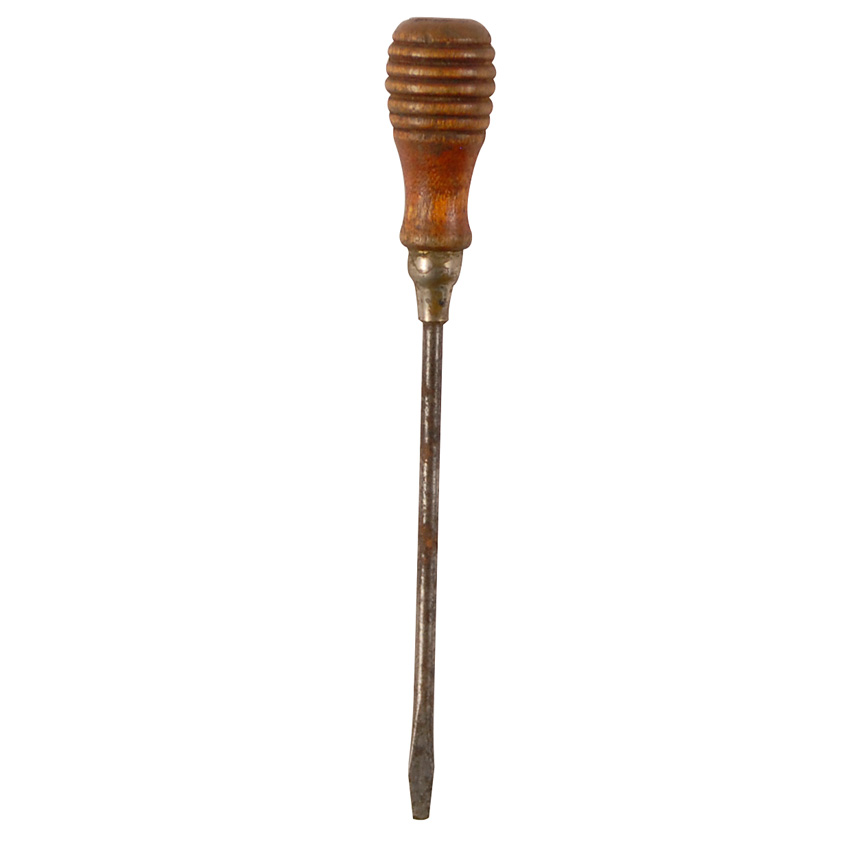 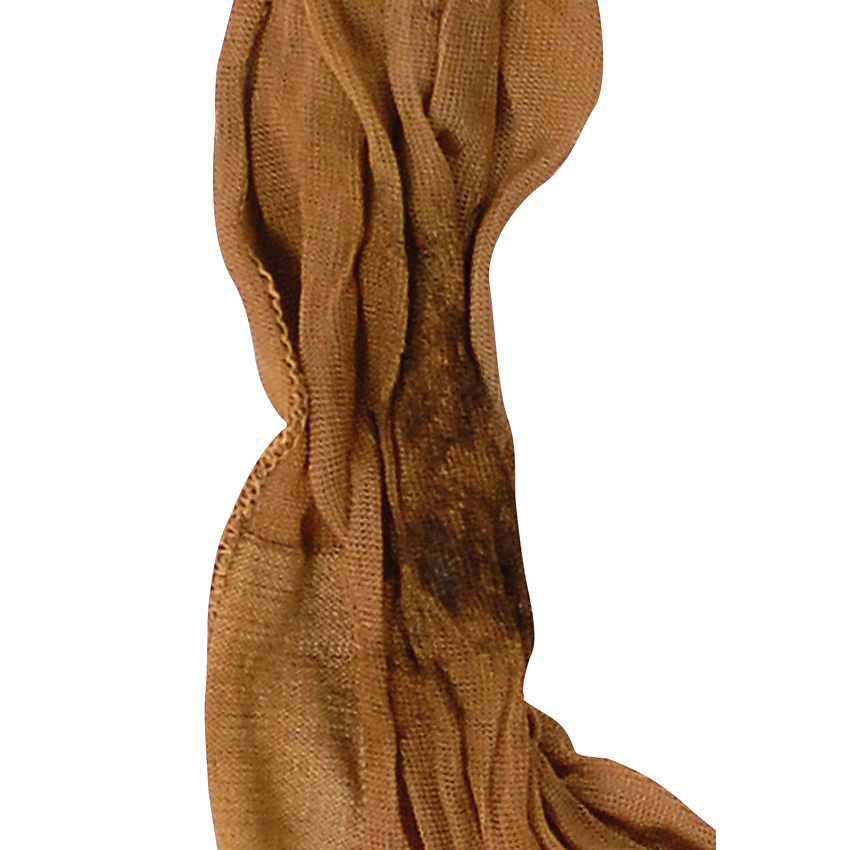 Five items originally obtained from the floor of Bonnie and Clyde’s bullet-riddled car after it was brought to Arcadia, Louisiana, along with the bodies of the notorious outlaws. Items are: A woman’s silk stocking stained with blood. Stocking measures approximately 30″ long with several noticeable blood stains to the foot and leg area; an unused .45 caliber bullet and casing, stamped on the bottom of the jacket “P. C. Co 18,” standing for Peters Cartridge Company and the date of 1918; a side temple from a pair of eye glasses. Silver metallic temple measures 4″ long, with screw and end piece; a small wood handled flathead screwdriver, measuring 4.5″ long; and an empty Bayer Asprin tin, 1.75 x 1.25.

Items are accompanied by a notarized affidavit from a woman whose grandfather, Zell Smith, originally acquired these relics directly from the ‘death car’ after receiving permission to take them from Sheriff Henderson Jordan. Letter reads, in part: “My grandfather, Zell Smith, was a traveling hardware salesman who traveled that area of north Louisiana. He was also a friend of Sheriff Henderson Jordan. My grandfather was in Arcadia in 1934 on the day that the ambushed car was pulled into Arcadia. He, like many others, rushed to see the shot up car, and Sheriff Henderson let him and others that he knew ransack the car for souvenirs. My grandfather grabbed a handful of stuff off of the floor of the car, which the outlaws had been living in. He said the car was full of trash. When he got home, he saw that he had the following items:

a small screwdriver a Bayer aspirin tin the side temple of a pair of wire glasses an unspent bullet which reads P.C.C.O. and the number 18 on the end a blood-stained silk stocking

Evidently my grandmother was understandably upset by this gruesome assortment and made my grandfather put it away and not talk about it around her.

In 1967 I was 13 years old. The Bonnie and Clyde movie had opened in town and my sister, cousin, and I went to see it. We were thrilled by it and the fact that the outlaws end had happened in our area. When we got home from the movie, my grandfather's story and his souvenirs resurfaced, much to my grandmother's disgust.…My grandfather was forced to put the things away again…I talked my grandfather into sneaking out the souvenirs anytime my grandmother wasn't around. About ten years ago, one of my aunts passed away. Her father was my grandfather. Amongst her belongings when her house was cleaned out was the little box with the Bonnie and Clyde souvenirs in it. My other aunt remembered my fascination with the whole story, and, like my grandmother, being uncomfortable with these items, sent the box to me. The artifacts were all still there and have been in my possession ever since.”

Upon its arrival in Arcadia, Bonnie and Clyde’s guarded car was swarmed by crowds anxious to see the shot-up Ford. This lot, from one of the lucky few onlookers allowed to take a souvenir, far surpasses most in its inclusion of the bloodstained stocking. This is the only item we have seen for sale that was worn by Bonnie Parker herself: a remarkable, intimate piece taken from the floor of the outlaws’ final ride.