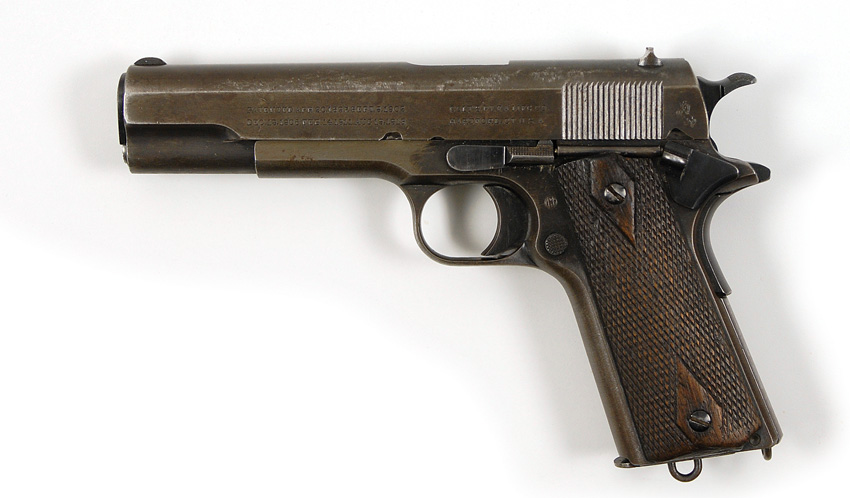 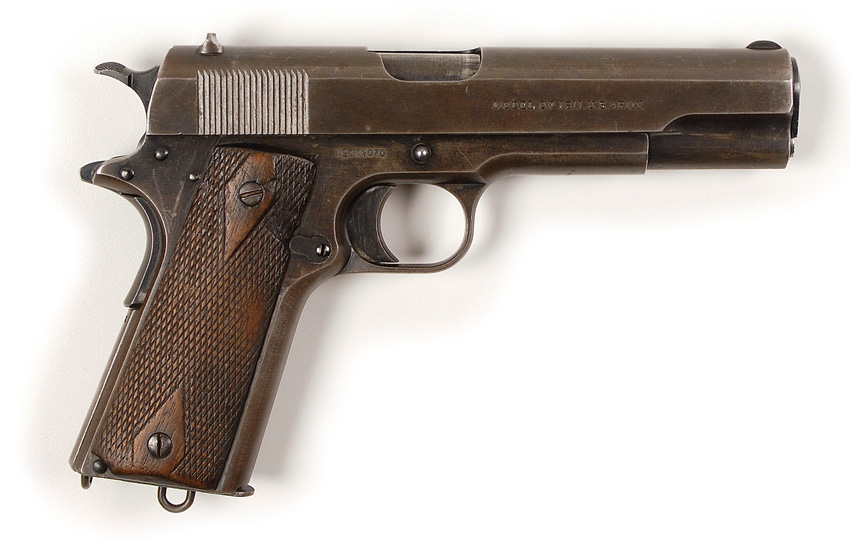 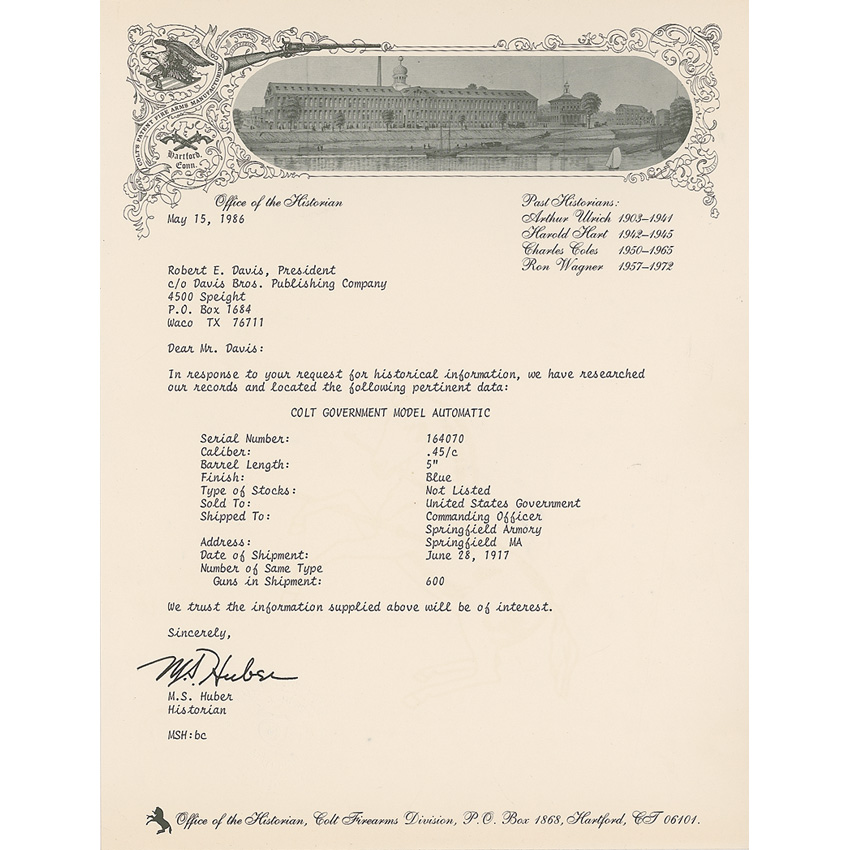 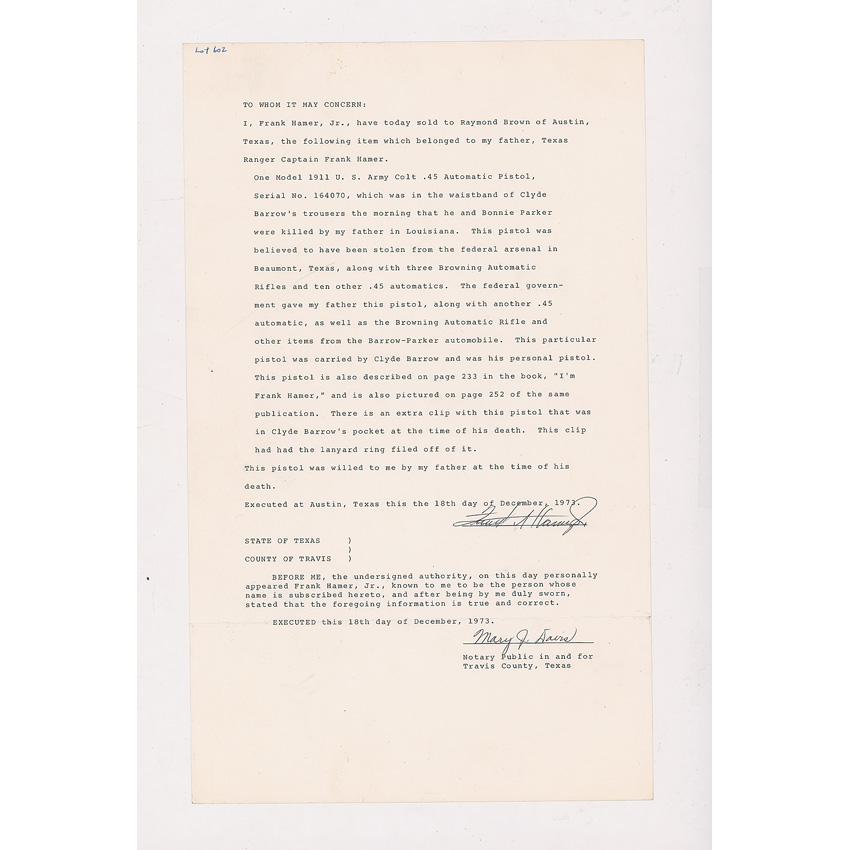 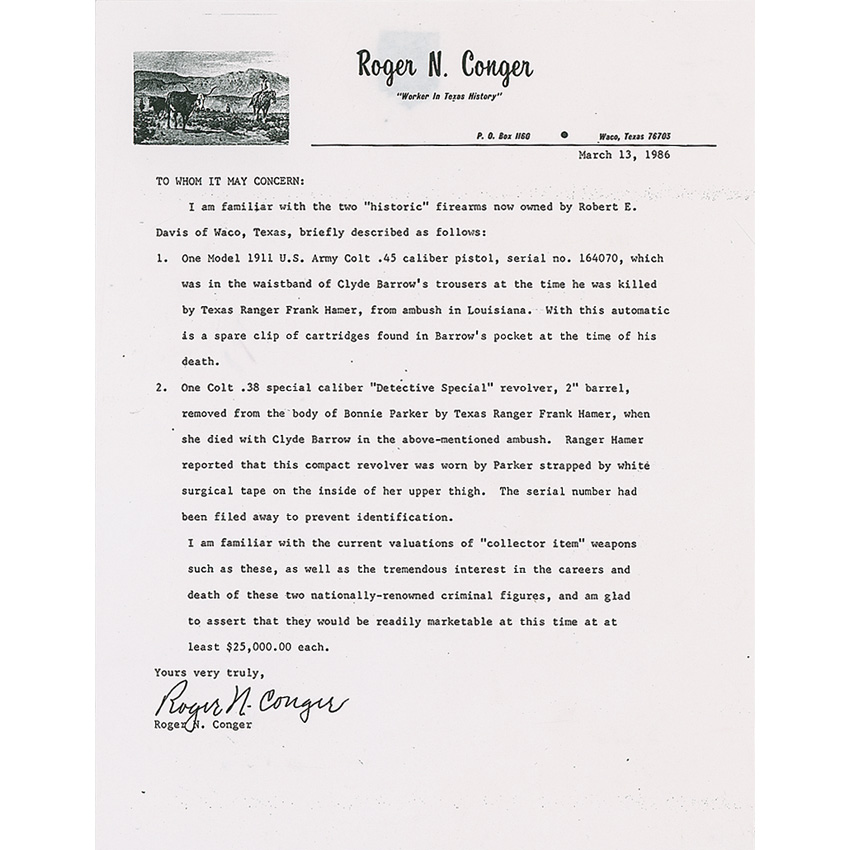 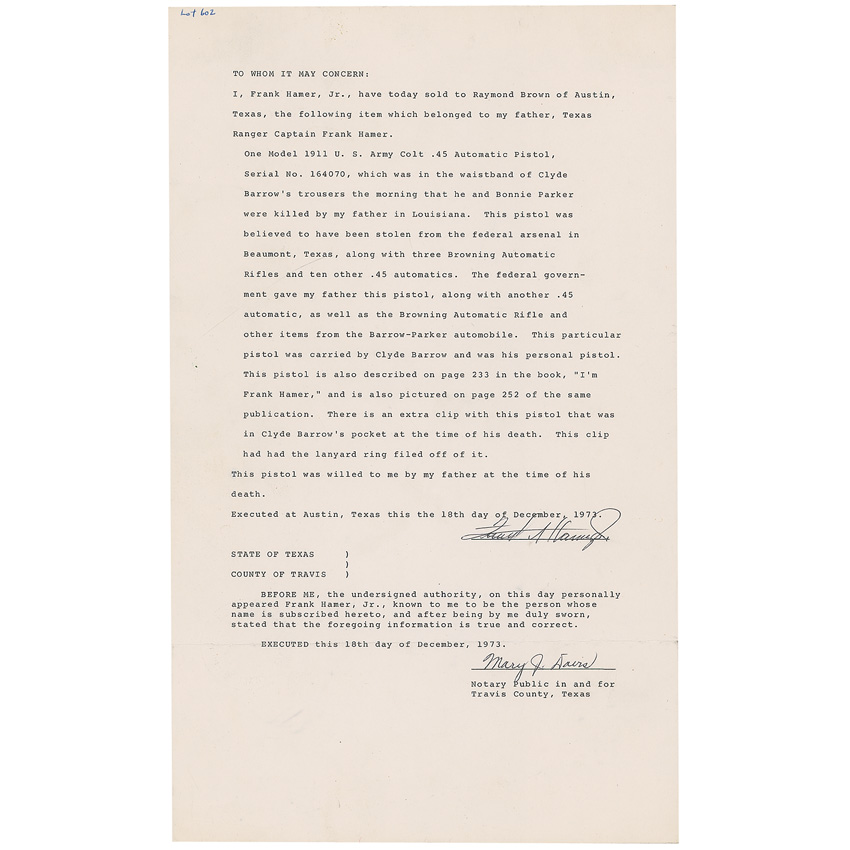 Clyde Barrow’s Colt Model 1911 Government Model Semi-auto pistol, removed from his waistband after the ambush by Texas and Louisiana lawmen on May 23, 1934. This is a standard US Army pistol of World War I vintage, #164070, cal. .45 ACP, and according to the included Colt factory letter was delivered to Springfield Armory on June 28, 1917. The frame marked with inspector Gilbert H. Stewart’s circular stamp and the forward left side of the frame has light scratches where the “U.S. Property” marking was removed. The barrel has a good bore and is inscribed with an intertwined “HP” proofmark. The metal is not pitted and has an attractive gray/brown patina with a good deal of original bright factory blue on the left side of the frame and on the small parts. All of the factory markings are in excellent condition and the ‘double diamond’ walnut grips show moderate wear.

With the Colt is a notarized letter from former Special Texas Ranger Frank Hamer, Jr., dated December 18, 1973 in which he states that this pistol, #164070, was removed from the “waistband of Clyde Barrow’s trousers the morning that he and Bonnie Parker were killed by my father in Louisiana.” He goes on to say “This pistol is also described and pictured in my father’s book I’m Frank Hamer.” He also states that “this pistol was believed to have been stolen from the federal arsenal in Beaumont, Texas,” and that the federal government gave this Colt to his father.

‘Seldom did anyone ever live when Clyde got the first shot,’ warned a newsreel of the day. But on this day, Clyde didn’t have the chance to reach for his gun, let alone shoot it. If he did, this would have been the gun that he grabbed: tucked into his waistband for easy access, this 1911 Colt .45 was inches away from the trigger-finger that killed at least a half dozen men during the two-year spree that led to his final day. Of all the guns found in their death car, this is the most closely related to Clyde Barrow and accordingly, the most fascinating and valuable.