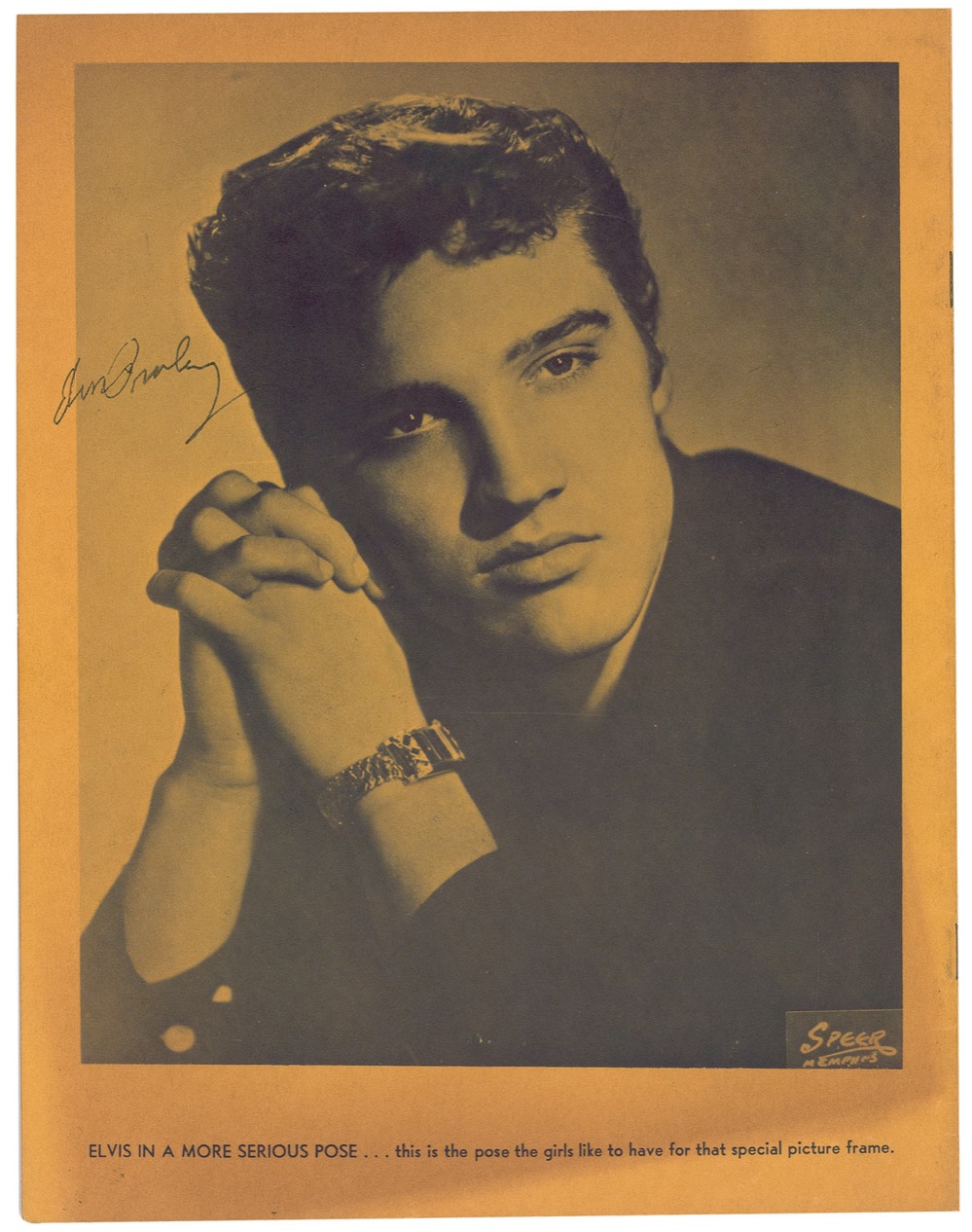 Concert program promoting Country Music's 'Mr. Rhythm,' signed twice by Elvis Presley. Signed on February 12, 1956, the day after Elvis performed his RCA Records debut single, 'Heartbreak Hotel,' for the very first time on CBS-TV's 'Stage Show.' After this appearance, his third in as many weeks on The Dorsey Brother's 'Stage Show' program, Presley and his Blue Moon Boys proceeded to Norfolk, Virginia, for a concert the following night at the Monticello Auditorium, the first of five successive dates in Virginia and North Carolina. Prior to the show, a Norfolk policeman, who was on duty working the event, was able to usher his daughter through the crowd for a brief, private encounter with Elvis; the result of that meeting seen on the front of the program. After the performance, however, she waited in line for another meeting and autograph, at which time Elvis signed the back cover of the program. If you look closely at the front cover, she has written 'Feb' just to the right of the word 'STAR.' The writing seems to trail into the top of the darkened field of Presley's picture, but is unreadable; most likely, it would have read: 'Feb. 12, 1956.' Having signed his RCA Records contract in November 1955, Presley's manager, Colonel Tom Parker, wasted no time in promoting that fact. 'Sensational New RCA Victor Singing Star' has been added to the front cover of the program that had been touting Elvis as 'Country Music's Mr. Rhythm' during most of 1955. By the time 'Heartbreak Hotel' became a #1 hit on the Billboard singles chart a month later, he was anything but 'Country Music's Mr. Rhythm'; the updated programs for 1956 would tout Elvis as the 'Atomic Powered Singer.' This twice-signed program is a remarkable, surviving momento dating to a momentous time in Elvis Presley's career. 8.5 x 11. Signed twice in black ink, once on the front, and once on the back. In fine condition, and light toning to the back.